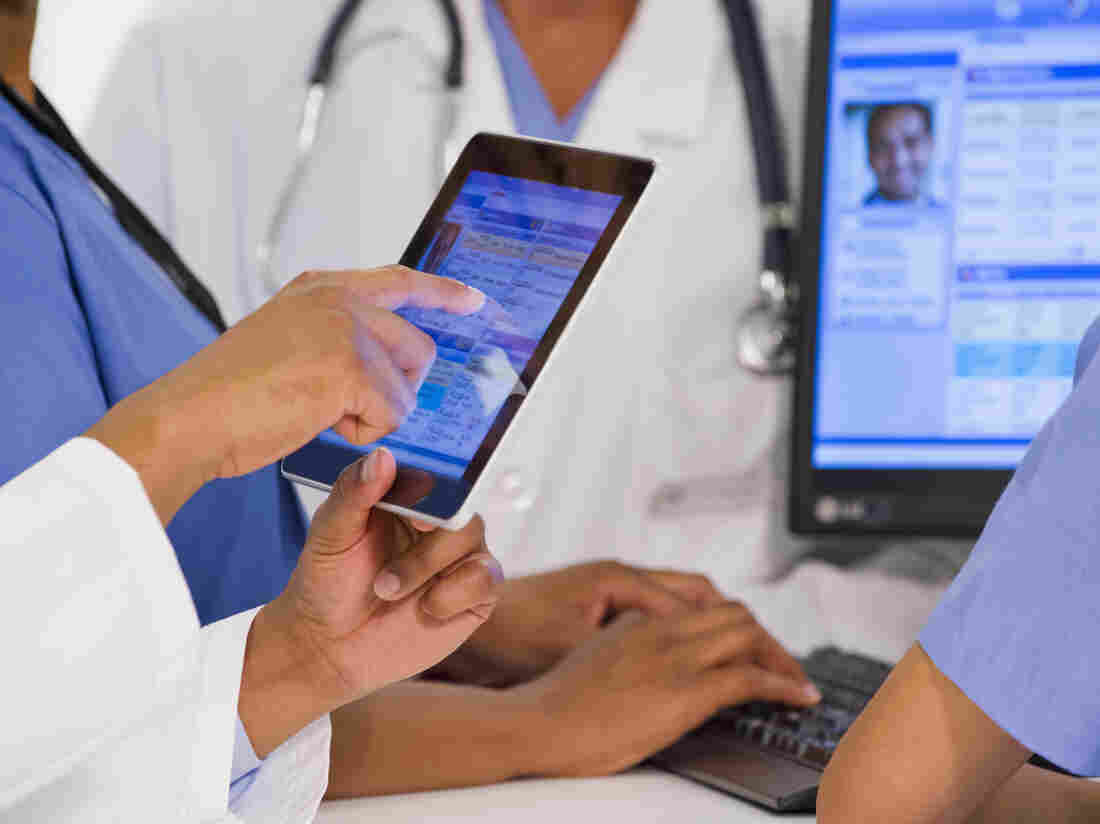 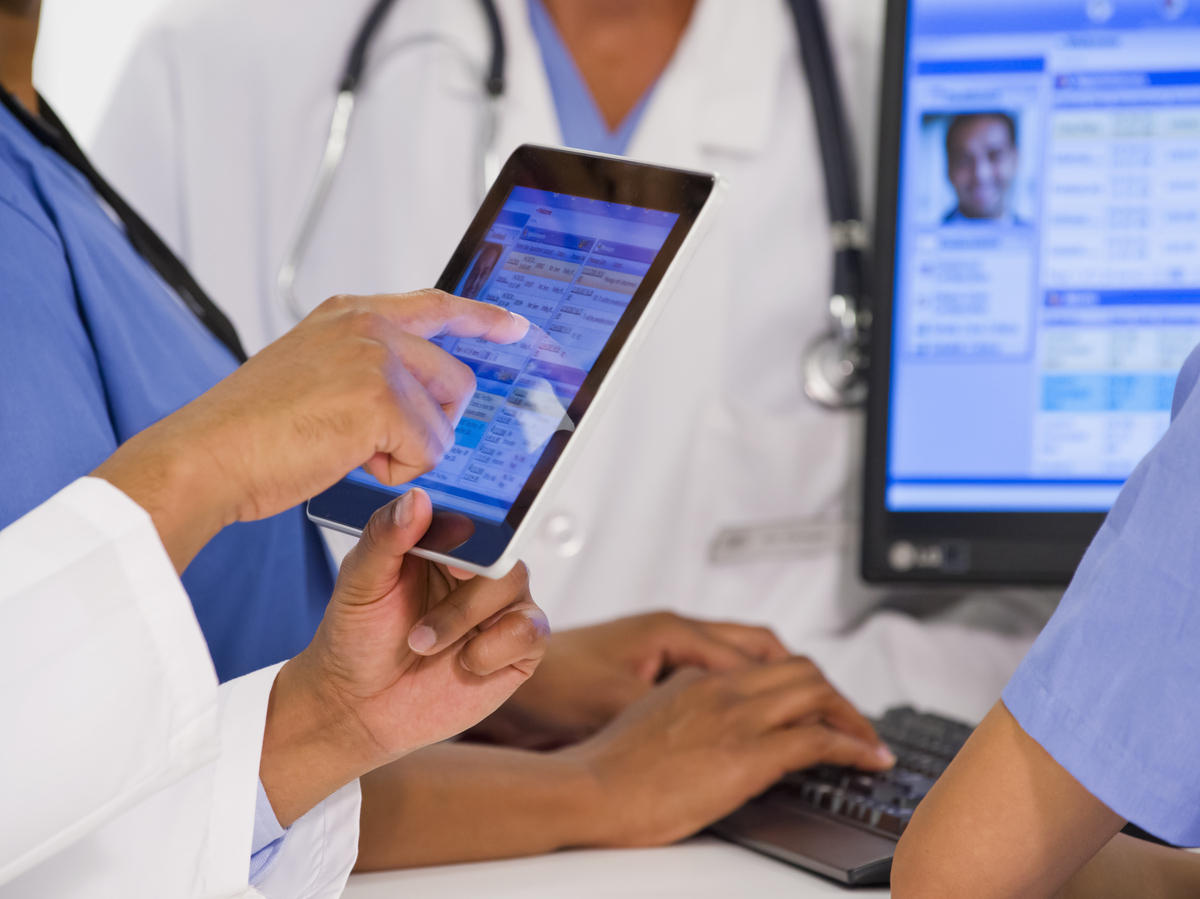 Information that could refine the uses of approved drugs may lie deep inside patients’ medical records.

When you go to your doctor’s office, sometimes it seems the caregivers spend more time gathering data about you than treating you as a patient.

Electronic medical records are everywhere – annoying to doctors and intrusive to patients.

But now researchers are looking to see if they can plow through the vast amount of data that’s gathered in those records, along with insurance billing information, to tease out the bits that could be useful in refining treatments and identifying new uses for drugs.

For instance, when the Food and Drug Administration approves a new drug, doctors often don’t know the optimal dose, the ideal length of treatment or who is most likely to benefit – or be harmed – by the medicine.

Especially when it comes to drugs fast-tracked through the process, “there are so many questions that remain when a drug is approved,” says Dr. Janet Woodcock, who heads the FDA’s drug-approval branch. “Many of the questions are not interesting to academics so they’re not done in the academic setting, and companies are not compelled to do them… so nobody does them. I’ve been raving about this for years!” she said Wednesday at a meeting on the subject convened by the Friends of Cancer Research, a nonprofit organization that builds collaborations between government, industry and advocacy groups.

Relevant information is buried – somewhere – within medical records and billing information. The question is whether it’s practical to extract it from these systems, which weren’t designed to be used for research.

For example, these records don’t typically even show whether a patient is alive or dead.

“Physicians are spending a tremendous amount of time entering information into electronic systems to the point they can hardly find time in their day to look patients in the eye,” says Dr. Andrew Norden, chief medical officer of Cota, a company that crunches digital medical data gleaned from these records. “Yet to date, we’ve not been able … to drive knowledge forward much from that information.”

Cota joined five other organizations recently in an experiment to explore the value of electronic medical records to improve cancer treatment. Friends of Cancer Research asked these six firms to plumb their databases to see what they could conclude about the value of various treatment options for a type of lung cancer.

The results of this pilot study, unveiled at the Friends of Cancer Research meeting, showed that the six independent dives into the data came up with roughly consistent answers. That suggests that this information gathered about patients, dubbed real-world data, is potentially useful for research.

But there are plenty of challenges. Take death. Doctors and insurers rarely add this information into the record of a patient who has died. Researchers have to find that critical piece of information elsewhere.

“We do have a national death index,” says Nancy Dryer, at the medical data firm called IQVIA. “It’s phenomenal, but it’s slow.” It can take more than a year for a death to be recorded there, which means people trying to study medical records have to deal with a difficult time lag. There are other faster ways to glean this information – for example from credit bureaus. “They actually know if you’re dead!” Dryer says. But medical researchers can’t readily access that information because of privacy concerns.

Another challenge is using medical records to measure whether a disease has progressed. Researchers who run formal clinical trials of a potential new drug define disease progression carefully. But that’s not usually the case in medical records. Researchers have to figure out ways to infer that from the medical records and in billing information, and that’s dodgy.

Sometimes it’s even hard to tell a patient’s exact diagnosis from an electronic medical record. “Apparently that’s a very big barrier, to get the diagnosis correct in the patient’s own chart!” Woodcock says. “So you can see how far we have to go.”

Nevertheless, Woodcock says this is an avenue well worth exploring. Much of medical research now depends on formal clinical trials – typically tests that pit a new treatment against a placebo or one that is already on the market.

The traditional system provides the most reliable data, but “it’s incredibly, ridiculously and unsustainably expensive,” Woodcock says. She laments that clinical trials operate largely in isolation from routine clinical care, “and we must bring them back together if we’re going to investigate interventions rapidly and thoroughly.” Figuring out how to use real-world evidence “is the key to making that happen,” she says.

But data from individual patient records is never going to be consistent or error-free. The balancing act is to figure out when a finding extracted from this noisy information is good enough to make judgments that affect clinical practice.

Diana Zuckerman, president of an advocacy group called the National Center for Health Research, is concerned about that use of real-world data. “You can pretty much make the data show whatever you want it to show,” she says in a telephone interview. So if you put the data into the hands of drug companies, who have a financial incentive to find new uses for their drugs and improve their market share, “you can’t expect they’re going to be conducting unbiased research if nobody’s monitoring that.”

The FDA currently can take a deep dive into data that companies submit in support of their drug applications. But it’s not clear how the FDA could audit data derived from patient records where personally identified information has been stripped away.

Officials at the FDA are wrestling with these questions right now. The agency already uses information from billing records to help track adverse events, through its Sentinel System.

The agency is trying to expand its use of real-world data and is seeking funds in next year’s budget to tap into the medical records of 10 million Americans – without breaching patient privacy – to track performance of drugs and medical devices after they’ve been put on the market. And agency officials are developing a policy that will spell out how real-world data can be used in the drug-development process as well.