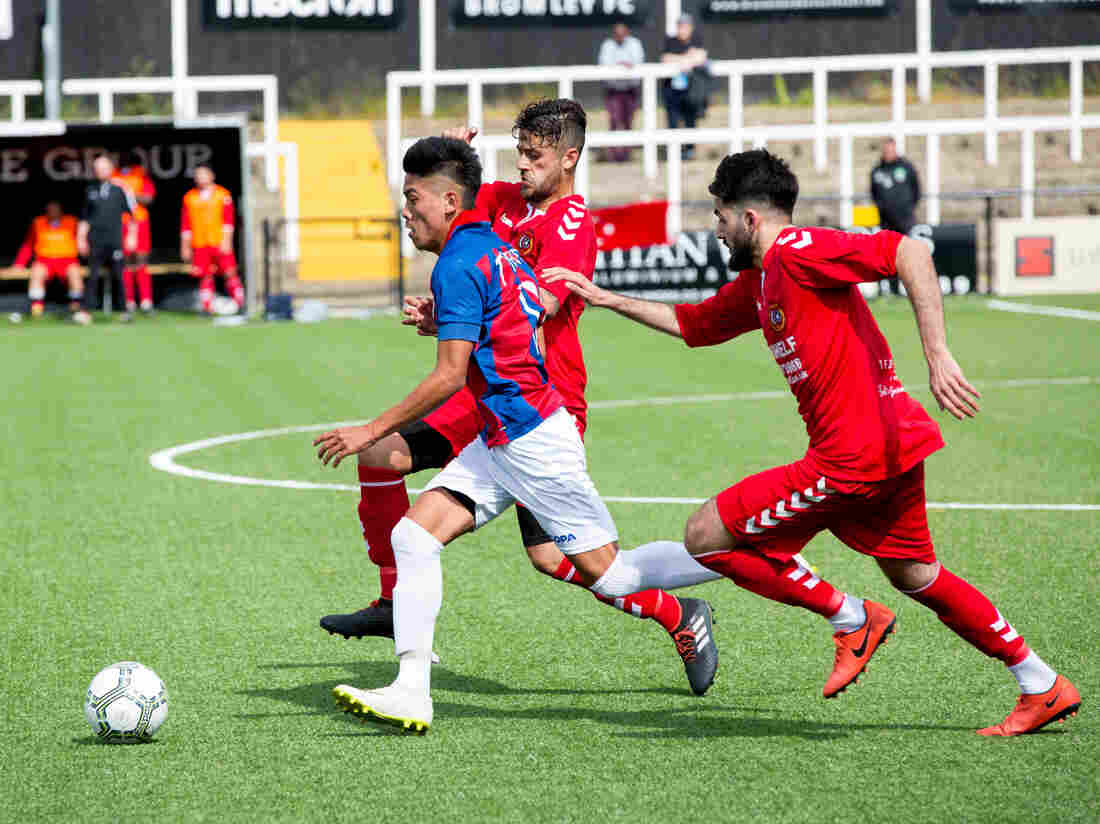 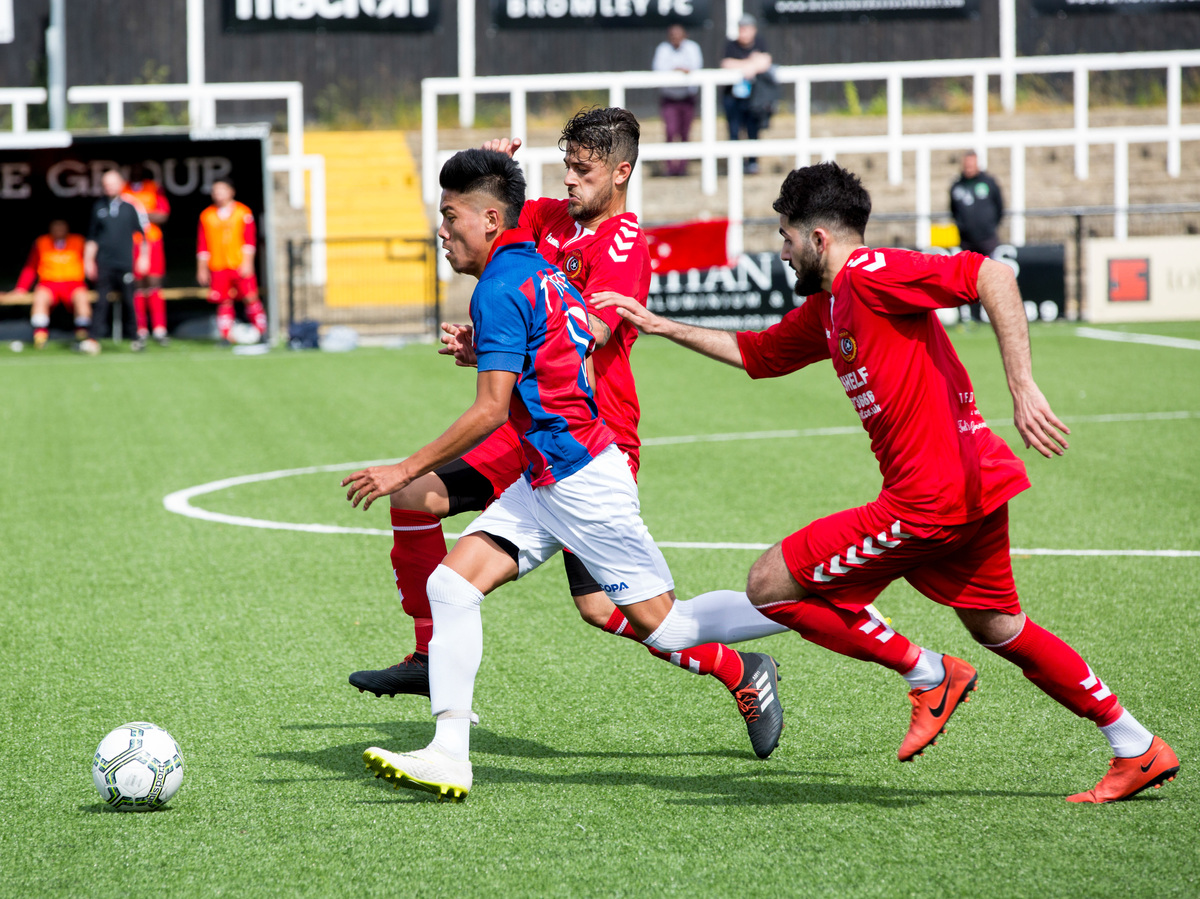 The first time he touched a football, Gelek Wangchuk was 9 years old.

It was in a settlement of Tibetan refugees in Himachal Pradesh, in northern India, where he and other Tibetan boys attended the Tibetan Children’s Village, a school founded by the Dalai Lama, the Tibetan spiritual leader.

“I didn’t know how to play, I didn’t have any [football] kit. But I had a lot of interest,” said Wangchuk, now 26. “I started playing football only for enjoyment without any shoes.”

Wangchuk became good — so good that he is now a midfielder on the Tibetan national team representing his country at the Confederation of Independent Football Associations (CONIFA) World Cup. 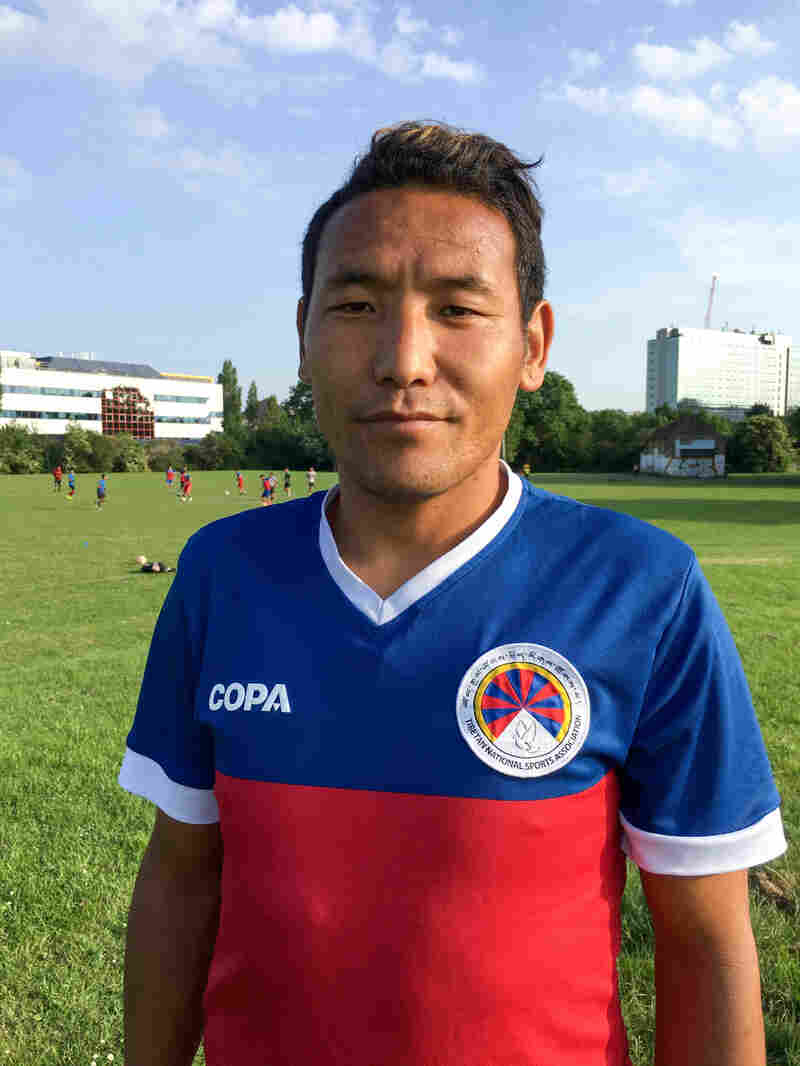 Gelek Wangchuk, a member of the Tibetan team at a world event in London, fell in love with soccer as a 9-year-old living in a settlement of Tibetan refugees: “I started playing football only for enjoyment without any shoes.” Antoaneta Roussi for NPR hide caption 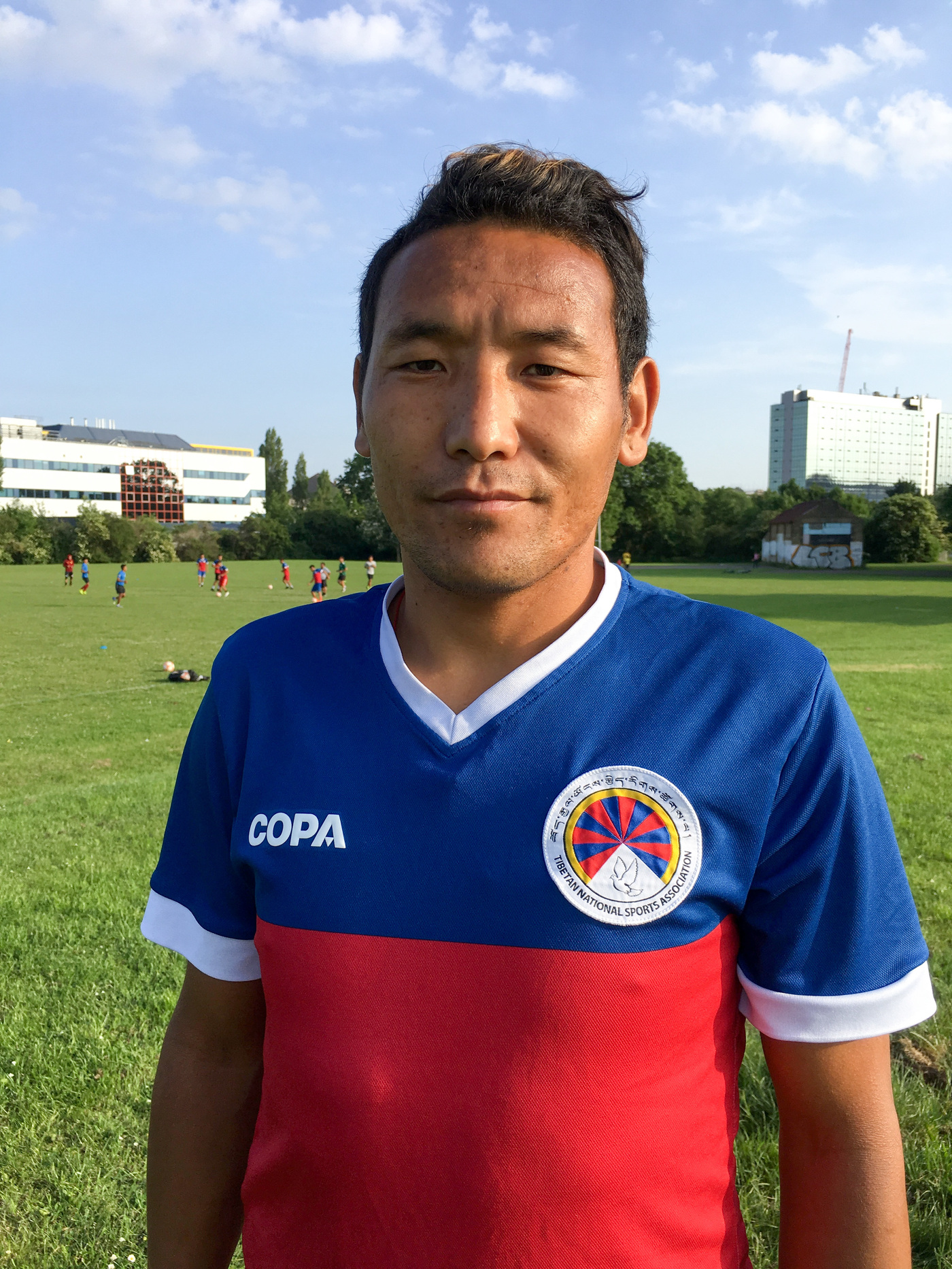 Gelek Wangchuk, a member of the Tibetan team at a world event in London, fell in love with soccer as a 9-year-old living in a settlement of Tibetan refugees: “I started playing football only for enjoyment without any shoes.”

The ten-day tournament in London brings together 16 teams from nations, minorities and regions not part of FIFA to compete in an alternative World Cup. The competitors include the Romani people, the North American region of Cascadia, Matabeleland, Panjab and United Koreans in Japan.

CONIFA’s constitution states that members are eligible to join if they are “football outsiders [overlooked] by FIFA or left behind by their mother country.” New members are voted in by existing CONIFA members.

Since 1950, Tibet has been ruled by China, and many Tibetans have fled to other countries for a better life and more opportunities. Its national team consists of 22 young men with Tibetan roots, now living in Nepal, India, Canada, the United States and France, all playing football in the name of their ancestral homeland. Players are recruited on the basis of their performance in the Tibetan settlement tournament, held in India every year.

It is Tibet’s first ever CONIFA World Cup game since the tournament started in 2014, and the team’s first trip to England. The green spaces and parks in London remind Wangchuk of Tibet, where as a boy he shepherded sheep and cows in the pastures.

“It is a dream to play for the national team.” the midfielder says. “Football is the game that can make your country proud, whether you win or lose. I feel proud to play for my nation.”

Wangchuk has never been back to Tibet since escaping on his mother’s advice in the middle of the night, 17 years ago. She had said to him that in India, he would have more opportunities to study and work. If he remained in Tibet, she told him, he would have no education and have to do construction work.

He trekked two months through the snow-covered Himalayas, accompanied by strangers.

A month ago, Wangchuk was able to get in touch with a family member, his sister, for the first time since he left, using the Chinese messaging app WeChat. She told him that their mother had died. He said that they are not able to talk about politics, the Tibetan situation or even Indian society, because the Chinese government “will know.” But he did tell his family he would be playing on the national team. His sister cried of happiness.

Passang Dorjee, the executive secretary for the Tibetan National Sports Association (TNSA) — which the football team is part of — said the organization was the brainchild of the Dalai Lama’s younger sister, Kasur Jetsun Pema.

“She thought this association was very important for Tibetans in exile and especially for the young people,” Dorjee says. “It was a great way to show our country to the world.”

The players aren’t professional footballers and seldom have the chance to play together. Most are full-time students. For this tournament, the team only had the chance to train together in London just nine days before the start of the event. Their football kit was sponsored by COPA, an athletic clothing company; the flights and other expenses were paid for by the Tibetan Central Administration and public donations.

Dorjee said his predecessor tried to enlist the team into FIFA but was told that it did not meet eligibility rules, since Tibet is not recognized as a country but rather an autonomous region of China. He said it is disappointing for countries like Tibet not to be able to compete in the FIFA World Cup, but that he is very grateful to CONIFA for giving them such an opportunity.

“We might not have freedom, but we are one country,” he says, sitting in lotus position on the sides of the football pitch.

The chance to play is especially rewarding, given the fact that the team had trouble securing a visa. While the average wait time for a UK visa is up to two weeks, some team members waited 45 days.

“We didn’t know if we would make it or not,” says Pema Lhundup, the 21-year-old striker. “I feel like there was a lot of pressure on England from the Chinese government.”

But now in London the team has broken records — attendance records. Playing against Northern Cyprus at the Enfield Town stadium, the Tibetan team was cheered by 1,200 spectators – the biggest crowd ever at the venue. And while they lost 3-1, the players were not discouraged.

“We feel really glad to represent our country through sport, here in the Mecca of football,” Lhundup says.

Before flying in for the tournament, the team received an audience with the Dalai Lama, who gave them his blessing and told them to be Tibetans and to show compassion even on the field.

Says Dawa Tashi, the 30-year-old defender: “It was one of the happiest moments of my life.”

Antoaneta Roussi is a London-based journalist covering science, environment and health policy. You can find her on Twitter at @antoanetaroussi