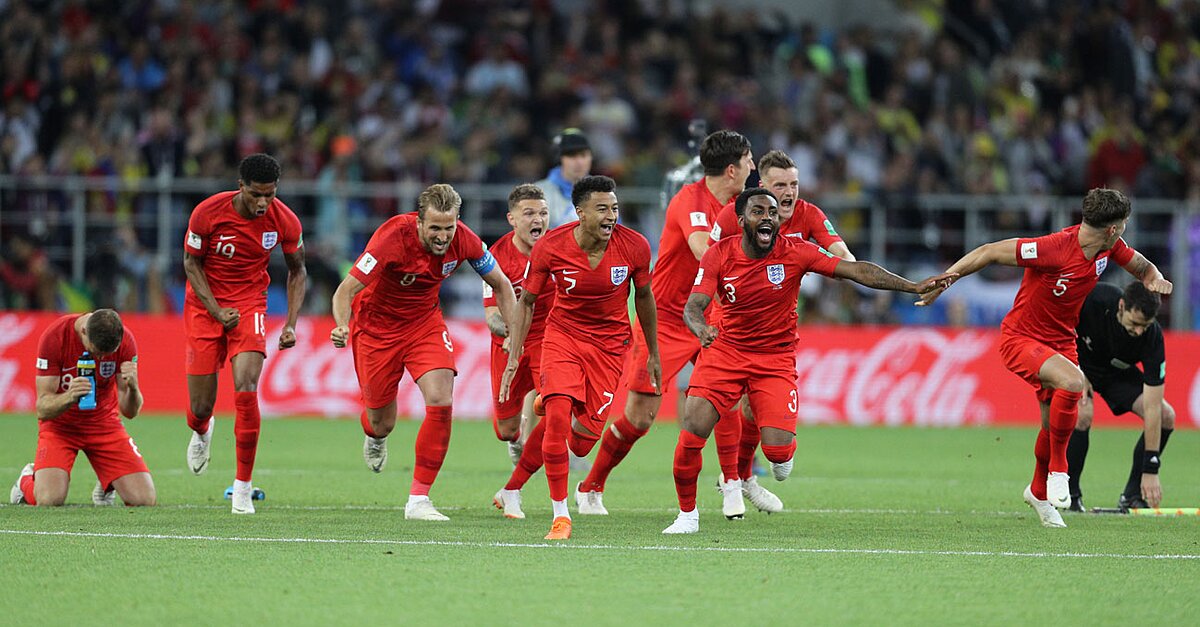 MOSCOW — This relentlessly surprising World Cup has taken a new and compelling turn.

England, historically terrible in penalty kicks on the big stage, dramatically prevailed over Colombia 4-3 on spot kicks after a 1-1 tie to advance in a major knockout competition for the first time since 2006. Its triumph set up a quarterfinal matchup against resolute Sweden, which beat Switzerland 1-0 on Tuesday thanks to a deflected shot from Emil Forsberg and a stout defense that held a third opponent scoreless at this competition.

The field of eight is set, with Uruguay playing France and Brazil facing Belgium on one side, while England-Sweden and Russia-Croatia are the other quarterfinals.

Here are my three thoughts on the day:

• One of Russia, Croatia, Sweden or England will be in the World Cup final

In the craziest World Cup of modern times, it makes perfect sense that even England would find a way to advance on penalties for once—even though Colombia had an advantage after three rounds. What a World Cup. An ill-tempered game that saw a Harry Kane penalty and another stoppage-time stunner (this time by Yerry Mina) went to a dramatic spot kick resolution that saw Kane convert his fourth penalty in four tries in Russia and Eric Dier hit his fifth-round kick for the win.

With James Rodríguez out for Colombia, England controlled the match for the most part and looked to be headed for a 1-0 victory in 90 minutes, but the late Colombian equalizer changed things. This really is a new England team, however, and at a time when past English teams might have crumbled, this one revived itself to advance.

Sweden will a tough opponent in the quarterfinals, though, and England’s recent record against the Swedes hasn’t been great. But there’s now a very recognizable pathway for England to get to the final, and nobody would have predicted that before the tournament.

One of the biggest talking points after England-Colombia will be Mark Geiger, the American referee who is known for injecting his personality into a game in MLS and, for that matter, the World Cup. Should the headbutt by Colombia’s Wilmar Barrios in the first half have been a red card? Geiger gave him a yellow. In the second half, Geiger called a penalty on Colombia’s Carlos Sánchez for wrestling down Harry Kane in the box on a dead ball. The Colombians complained en masse and surrounded Geiger, who decided not to give a red card to anyone.

The referee appeared to lose control of the game at that point, but the fever pitch calmed down somewhat later on. My question is this: Will FIFA reward Geiger for his performance? As angry as so many fans might be, I would add that knowing FIFA, it’s certainly possible that it could decide Geiger had the strength to make the call he did—and that the loss of control was the players’ fault more than his. We’ll know soon enough if Geiger gets another assignment in the quarterfinals, semis or final. No American referee has ever worked a match that deep into a men’s World Cup.

The Swedes deserved their 1-0 win over Switzerland, not least because they defended so well and because they created more scoring chances during the game. Forsberg finally finished one of them, with help of a deflection, and that was that. Sweden is never spectacular, but it plays a good collective brand of soccer. There’s a reason it kept the Netherlands out of the World Cup in its UEFA qualifying group, there’s a reason it eliminated Italy in the UEFA playoff and there’s a reason it’s in the World Cup quarterfinals, Zlatan or no Zlatan.