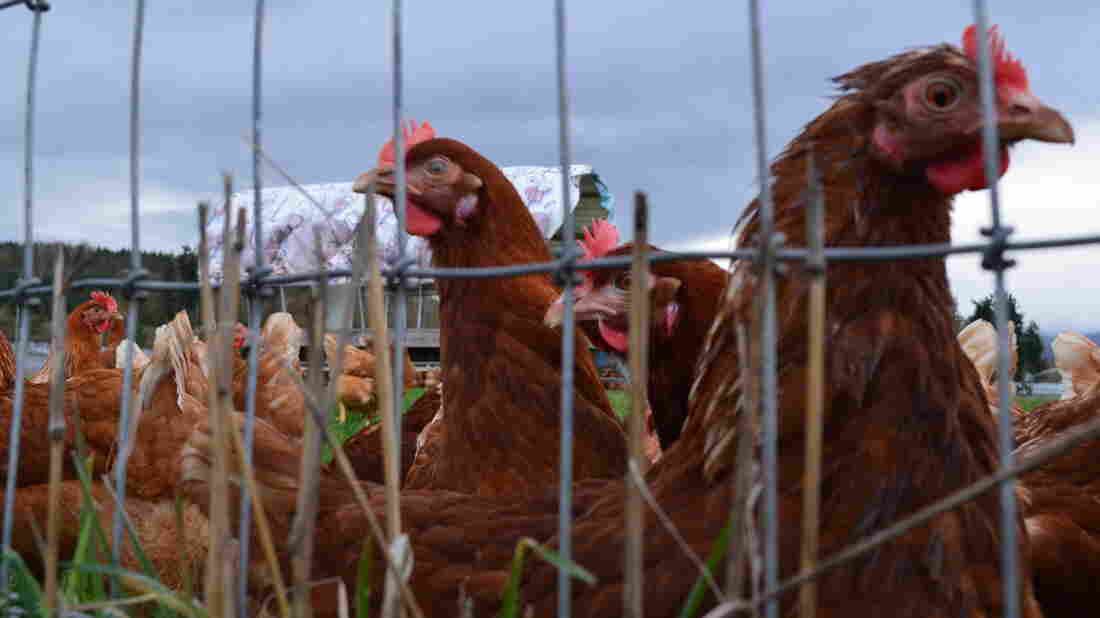 The original location of Wilcox Family Farms, an egg farm, is in the shadow of Mount Rainier. Eilis O’Neill/KUOW hide caption 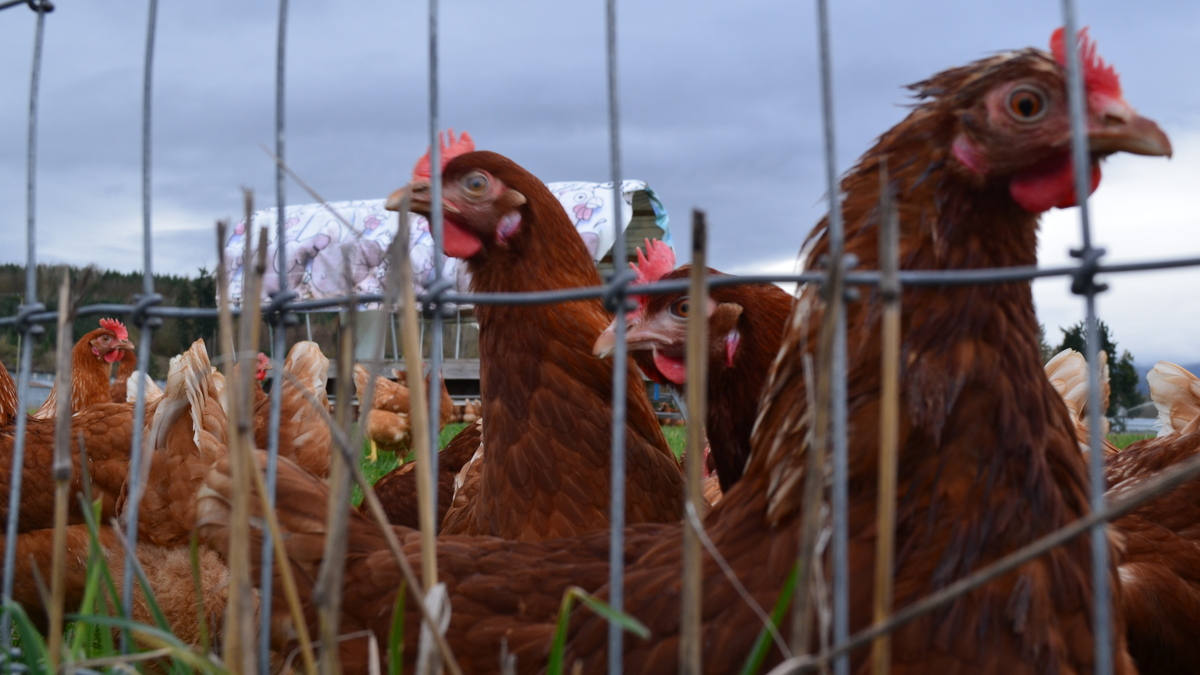 The original location of Wilcox Family Farms, an egg farm, is in the shadow of Mount Rainier.

In a big grass pasture in the shadow of Mount Rainier in Washington state, hundreds of chickens crowd around a little house where they can get water and shelter from the bald eagles circling overhead. This is the original location of Wilcox Family Farms, an egg farm that also has locations in Oregon and Montana.

Jim Wilcox says his farm didn’t always look like this, but, over the past 20 years, his customers both at small, upscale grocery stores and at big chains like Costco started asking a lot of questions. They wanted to know if Wilcox farms were good stewards of the land. If they had a good carbon footprint.

“Since we have so many waterways that we either border or run through our property, are we taking good care of those?” Wilcox recalls.

So the Wilcoxes started responding to those concerns. And they started collecting labels: organic, all-natural, cage-free, non-GMO. All those certifications are supposed to make customers feel good about looking out for their family’s health and protecting the environment.

One of the eco-labels Wilcox Farms acquired in recent years is “salmon-safe,” a label more often seen on craft beer and Northwest wine bottles than egg cartons.

The Wilcoxes’ 1,500-acre farm borders the Nisqually River, which has runs of steelhead and salmon — and farming can be hard on fish. Think pesticides, irrigation drain on creeks, and, Wilcox says, “with all these chickens, as you might imagine, we have tons and tons of fertilizer” — that is, chicken manure.

Populations of salmon and steelhead in the Nisqually River have been declining for decades, and that’s a huge concern for the Nisqually Tribe.

“When the first fish comes back, you thank that salmon for coming home and sustaining your life,” Billy Frank Jr. said in an interview before his death in 2014. Frank was a member of the Nisqually Tribe and a legendary activist for tribal fishing rights. 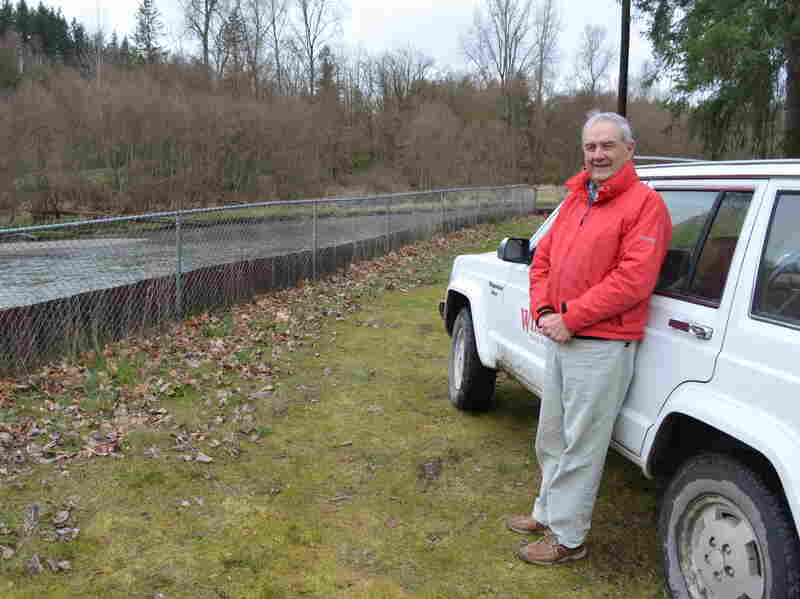 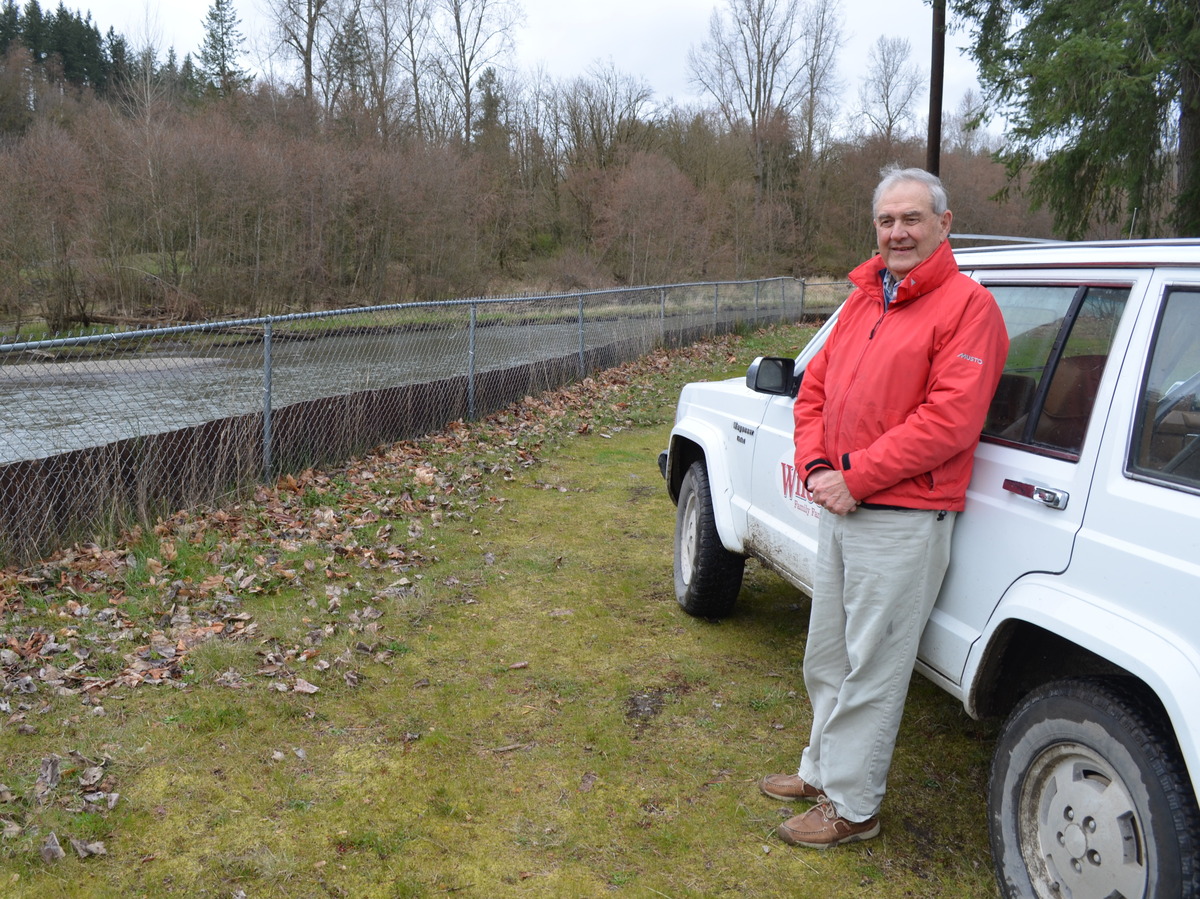 “We can’t band-aid this watershed,” he said of the Nisqually River. “We’ve got to think about it for all of us: for everyone to have clean water, quality and quantity of that water, to have salmon, to have trees, to have all that medicine out there.”

The way Wilcox tells it, Billy Frank Jr. is a big reason he decided to change the way he runs his farm. It was Frank who encouraged Wilcox to stop using pesticides, plant trees by waterways and keep chicken manure out of the water. That would earn him a “salmon-safe” certification for his eggs. Wilcox says he decided “that’s where our future lay.”

The salmon-safe label was created in the late 1990s to try to translate consumer interest in salmon into money for farmers who did right by fish.

“We started out working with vineyards in the Willamette Valley,” Dan Kent, executive director of Salmon-Safe, recalls. Today, he says, more than 800 farms from Alaska to northern California have the certification, including a third of Oregon’s vineyards.

“What we’ve learned over the years,” Kent says, “is that the real value we can deliver to certified landowners is market access.”

In other words, given the choice, certain high-end supermarkets lean toward salmon-safe options. Kent says his next goal is to start working with more wheat, apple and dairy farmers to earn the certification and use it to market their products to grocery-store buyers.

Back on the Wilcox Farm, I climb into Jim’s old Jeep. Its windows roll down manually and its clock bears no relationship to the actual time.

We bump over a rutted dirt road to the Nisqually River, and Wilcox shows me where he and his sons and nephew are planning to pull out a dike and let the river flood about 15 acres of their land.

“The river’s going to be allowed to just kind of meander in here,” he points out the window, “and hopefully it will just create kind of a still water where little fingerlings and feeder-type fish can thrive.”

This story comes to us from member station KUOW and EarthFix, an environmental journalism collaboration led by Oregon Public Broadcasting in partnership with six other public media stations in Oregon, Washington and Idaho.