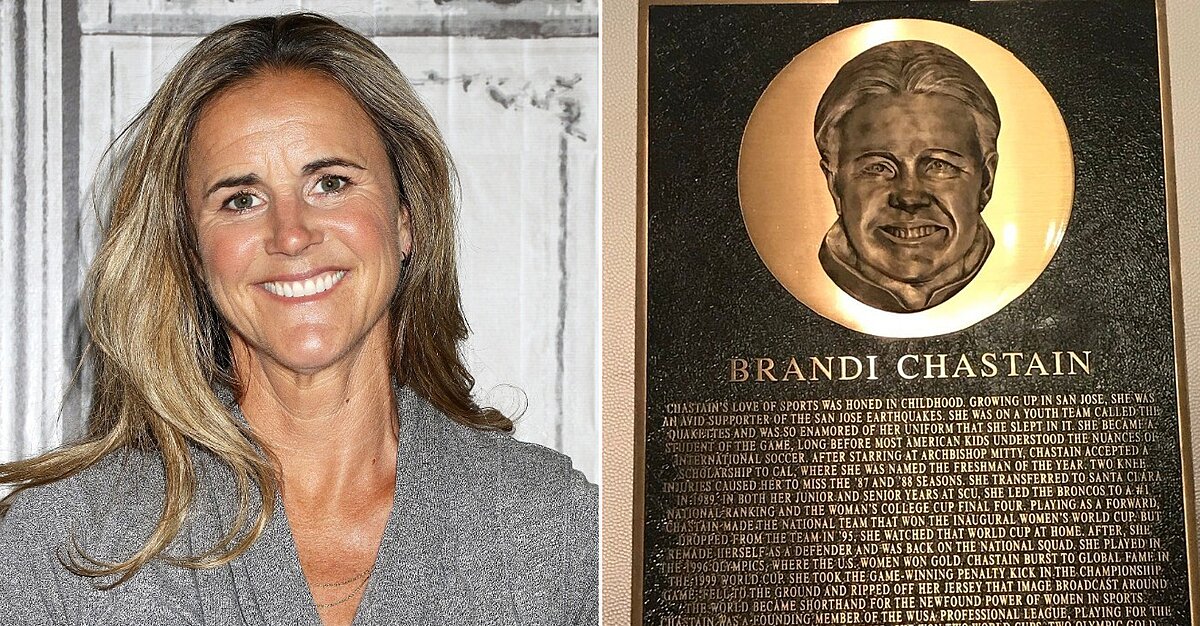 What is it with soccer players and terrible bronze sculptures? Cristiano Ronaldo’s bust at the airport in his hometown was pretty bad but it doesn’t even come close to being as terrible as what happened to poor Brandi Chastain.

Chastain, the U.S. soccer hero known for her game-winning penalty shootout goal in the 1999 World Cup final, was inducted into the Bay Area Sports Hall of Fame on Monday. It’s a massive honor for the San Jose native, who will be immortalized in bronze. Or it would have been, if the plaque didn’t turn out like this.

Chastain tried to convey how thankful she was to be inducted while also making it clear that she wasn’t so thrilled with her depiction.

The disastrous artwork drew comparisons to a variety of middle-aged to elderly men, from Rex Ryan to Brian Dennehy.

The good news, according to Ann Killion of the San Francisco Chronicle, is that someone has offered to pay to have the plaque remade.