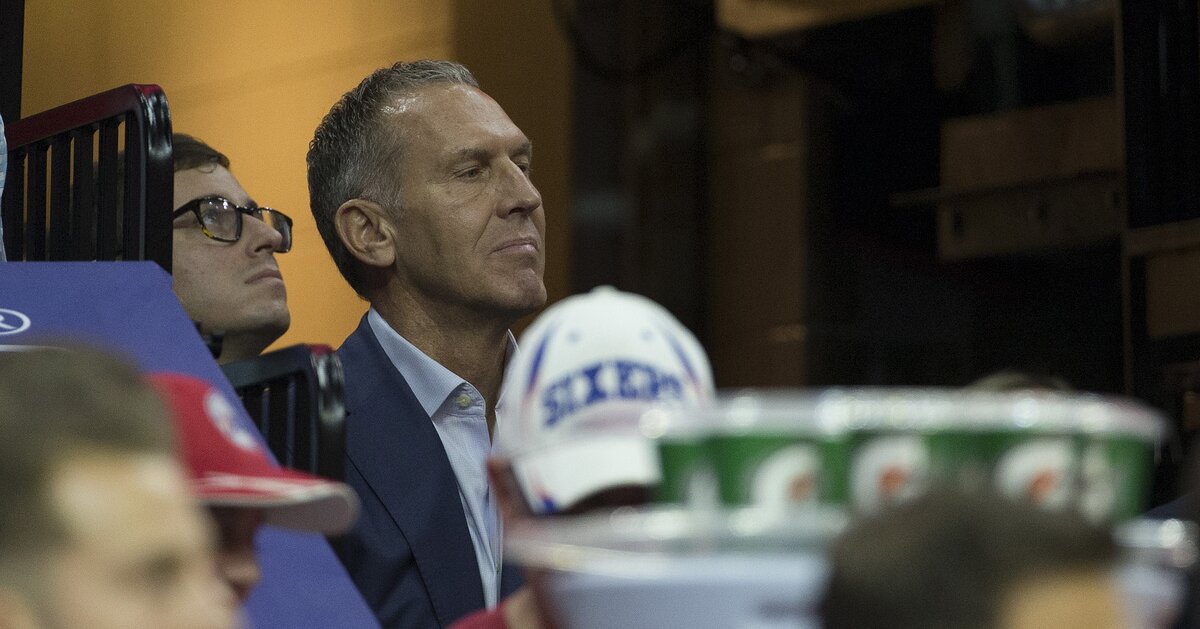 Bryan Colangelo isn’t the only guy to get fired under outrageous circumstances.

The Sixers finally made the move everyone expected them to and fired general manager Bryan Colangelo after he was tied to a group of anonymous Twitter accounts that actually ended up mostly belonging to his wife. It’s a wild scenario but these are the times we live in, when doing something stupid online can easily get you (or your husband) fired from your job.

Colangelo may be the first sports figure to get fired because his wife’s Twitter fingers were too reckless, but he’s not the first to lose his job under outrageous circumstances.

Let’s look at some more examples.

What makes Freeze’s firing unusual isn’t that he got caught making repeated calls to escort services from his school-issued cell phone—it’s how he got caught.

The calls were uncovered by a Missisippi State fan combing through court records while researching a book.

Twitter, of course, isn’t the only venue where you can get caught saying something stupid. Former MLB pitcher Mike Jeffcoat, who had been the head baseball coach at NAIA Texas Wesleyan since 2002, was fired in March after he emailed a prospective recruit to say that his team didn’t recruit players from Colorado.

“In the past, players have had trouble passing our drug test,” Jeffcoat wrote. “We have made a decision to not take a chance on student-athletes from your state. You can thank your liberal politicians.”

Petrino got the axe after a crashed his motorcycle and lied about having a woman as a passenger. That woman was not only an Arkansas athletics employee, she was also having an affair with Petrino. The school fired him lying about the accident and giving the woman a $20,000 Christmas present, but not before he gave one of the most memorable press conferences ever.

O’Leary climbed the football coaching ranks from the very bottom, beginning as an assistant at a Long Island high school and working his way up through a variety of college assistant jobs until he was named head coach and Georgia Tech. Following a successful run there, he was hired as the head coach at Notre Dame in 2001.

O’Leary resigned after five days with Notre Dame when it was revealed that he had exaggerated his résumé. He claimed to have earned three varsity letters in football at the University of New Hampshire. He never played a game. He claimed a master’s degree from “NYU-Stony Brook,” a made-up school.

O’Leary rebounded, though, and went on to build a winner at UCF.

Fisher, while coaching the Knicks, was involved in a physical altercation with then-active NBA player Matt Barnes after Barnes discovered that Fisher was dating his estranged wife. The incident occurred in October and Barnes was suspended two games by the NBA in December. Fisher was fired by the Knicks in February and while team president Phil Jackson said it had nothing to do with the Barnes situation, it was still part of a wild few months for Fisher.

Price was hired as the head coach at Alabama in Dec. 2002 and seemed to really enjoy himself—perhaps a little too much. The school first warned him about his penchant for frequenting Tuscaloosa’s bars and allegedly even buying drinks for students but the final straw was an April trip to a Pensacola strip club.

Price wound up paying hundreds of dollars in tips, drinks and dances, plus a room service bill that exceeded $1,000 when the woman he brought back to his hotel room ordered one of each item off the menu. He was fired on May 4, before he even coached a game. (Price later filed a $20 million lawsuit against Sports Illustrated over its account of that night. The suit was settled in 2005.)

Hayes remains the most legendary coach in the history of Ohio State, but his tenure ended unceremoniously after the 1978 Gator Bowl. In the closing moments of the game, Hayes punched a Clemson player who had just picked off a pass.

He was fired the following morning, ending a 28-year run with the Buckeyes.