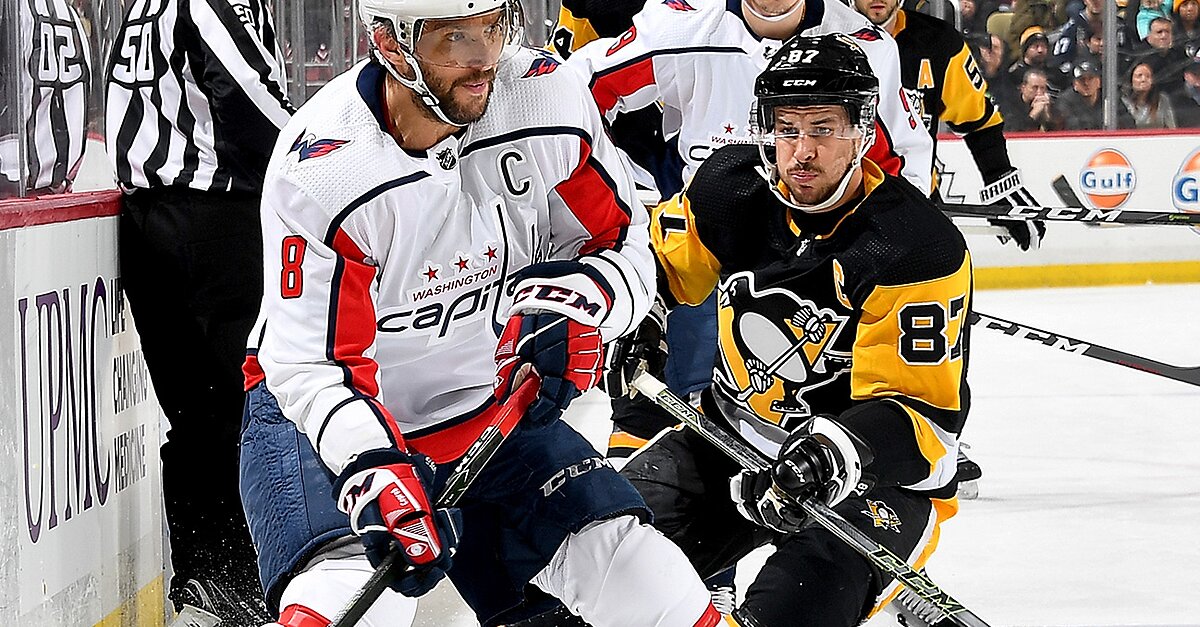 ARLINGTON, Va. — When the ghosts finally got busted back home, Peter Bondra was trapped on a wifi-less plane somewhere over the Atlantic Ocean, seriously considering whether it’d be kosher to ask the flight attendants to ask the pilots to radio ground control and check the score.

The flight was bound for Copenhagen, where Bondra was headed to watch his 25-year-old son David represent Slovakia in the world championships, a proud moment for any parent. But his thoughts were focused elsewhere as the plane touched down at sunrise. Hustling up the jetway, the retired Washington Capitals winger—and current director of alumni affairsnervously checked his cell phone. It was detonating with congratulatory emails and texts.

Thousands of miles away, as 10 p.m. neared on the East Coast, Olie Kolzig was still recovering from major hip surgery, resting on a hospital bed at his house in Tampa, Fla. “I timed my meds perfectly, so for four hours I could be conscious,” the former goalie says, though given what strange sorcery happened this Monday night, one can only wonder whether he awoke later feeling as though it had all been some loopy, painkiller-fueled dream.

“No, I spent the better part of an hour talking with everybody after,” says Kolzig, now the Capitals’ professional development coach. “I knew it was real.”

When center Evgeny Kuznetsov tore alone across the blue line at PPG Paints Arena and beat Penguins goalie Matt Murray—backhand, forehand, five-hole—revelry and relief alike washed over Washington … and way beyond. The 2-1 overtime victory in Game 6 touched every corner of a tortured fan base that had not seen any major pro sports team reach the conference finals in two decades, not to mention had endured all manner of hockey heartbreak against Pittsburgh over the past two years alone. Certainly that group includes Kolzig, Bondra and other key members of the ‘97-98 Capitals, the last team to break through that second-round brick wall.

“I couldn’t believe it was 20 years ago, correct?” says Bondra, who finally caught the highlights upon checking into his hotel. “That’s what happened? Wow. It’s a long time.”

Kolzig and his ex-teammates can relate on an even deeper level too. He recalls feeling burdened by an organizational-wide reputation for blowing multi-game playoff leads, which had happened in both ‘94-95 and ‘95-96 against (surprise!) Pittsburgh. Two years later, as Kolzig backstopped Washington to a 3-1 series lead over Boston in the first round, “no one in the fan base got excited. It was like, ‘Same old Caps.’” The narrative beast got fed plenty following Game 5, a 4-0 loss, but Kolzig made 47 saves in Game 6 and felt a weight lifted when Brian Bellows clinched the series in overtime—just like Kuznetsov.

“As athletes and human beings, sometimes we get wrapped into reading media reports and newspaper clippings and watching TV, and all of a sudden you start buying into what everyone is saying,” Kolzig says. “Like, ‘Oh my god, could we lose this series being up 3-1?’ I think it’s the same with Pittsburgh. I thought we were the better team, but because of all that scar tissue we had, it’s a huge mental hill to climb.”

The current Capitals, back at practice Wednesday before flying to Tampa Bay on Thursday, would readily agree. It wasn’t just simply getting past Pittsburgh, or merely reaching the third round, but slaying both dragons in the same icy dungeon that has them feeling mentally at ease. “I think as a group we do,” defenseman Matt Niskanen said. “That pressure of being the No. 1 seed the last couple years, I think, weighed on us a little bit.” Indeed, whereas Washington romped to consecutive Presidents’ Trophies in ‘15-16 and ‘16-17, a roster gutted by salary cap constraints and another gut-wrenching playoff exit lowered expectations entering this season.

Then the Capitals overcame a 2-0 series deficit against the Blue Jackets in the first round. Then they flushed away a Game 1 loss to the Penguins in the conference semifinals. Then Alex Ovechkin connected with Kuznetsov on the counterattack, his profane prayers answered.

“We were able to block out any negative stuff and just play,” Niskanen said. “You could see. We played faster. Guys were moving better. We had more confidence with the puck in big situations. That’s what you need. In order to play the game at your best, I think you have to have a clear mind and you’re just …  trying to win. You’re competitive as heck, but you’re also free.”

“We got a lot of, I’ll say, demons out of the way,” coach Barry Trotz said.

For Trotz, quite possibly helming his final season in Washington given his current absence of a contract extension, the win marked a personal milestone too. Fifth all-time in both games and wins, the 55-year-old had never reached the conference finals either until he watched Kuznetsov score, leapt off the bench and hugged longtime assistant Lane Lambert. Among the well-wishers who reached out to Trotz was Joe Juneau, the ex-NHL center who played for the Capitals when Trotz was running their farm team in Portland, Maine. “I wrote to congratulate him on the two series,” Juneau says. “And especially on beating Pittsburgh.”

Juneau tied for the team postseason scoring lead with 17 (and seven goals) in ‘97-98, including another Game 6 overtime tally past Buffalo’s Dominik Hasek in the conference finals. That 3-2 victory vaulted the Capitals into the Stanley Cup finals, still the only championship-round appearance in franchise history. The end was abrupt, a tidy sweep at the hands of Detroit and captain Steve Yzerman, who now faces Washington again as the Lightning’s erudite general manager. But Kolzig recalls thinking that it should’ve been the start of something more.

“I keep telling the young guys now, you never know when you’re going to do this again,” he says. “Did I know we were never going to get out of the first round the rest of my career after ‘98? Hell no. I thought we were going back to the finals every year.”

Those are problems for next season, though. For now the Capitals must face an entirely new challenge: “Finding the same emotional state against a team that doesn’t bring it out in you naturally,” center Lars Eller says. The rivals are gone, and with them claim to Lord Stanley. A deeper, tougher challenger looms in Tampa Bay, best team in the Eastern Conference, fastest team this side of Vegas. “You can’t help but feel great and happy,” Kolzig says. “But we’re only halfway there.”

Sure, but why not enjoy this a little more before the puck drops in Tampa Bay? It’s like one Capitals player texted Kolzig late Monday night, long after the ghosts had gone.

“I jumped so high, I might need to go see your hip doctor.”