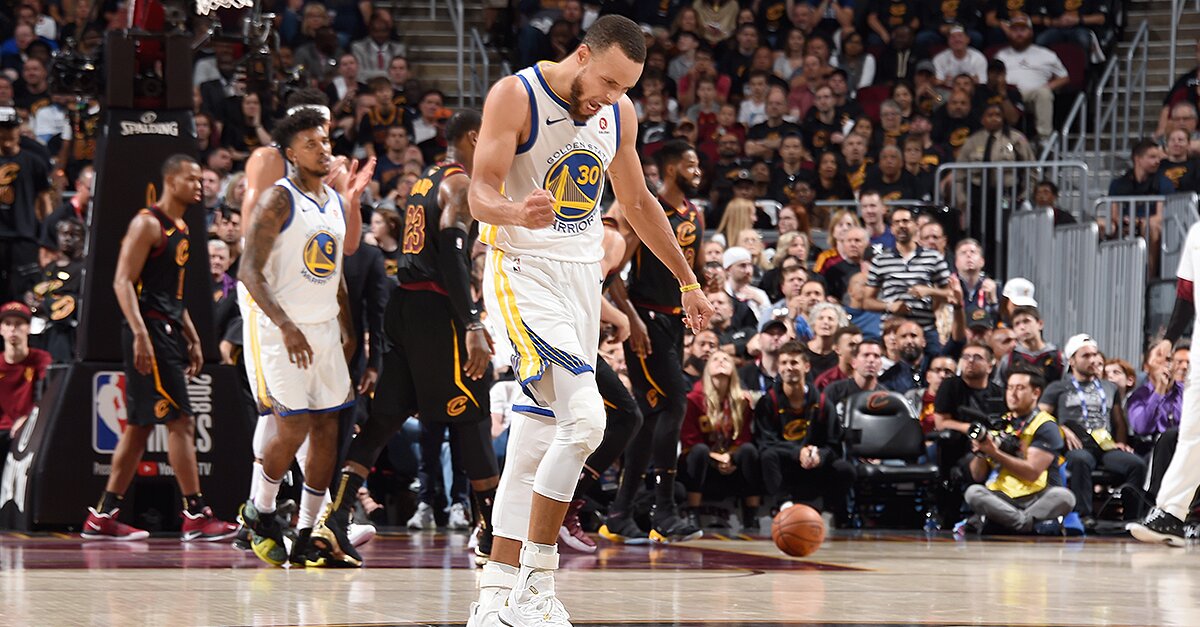 The NBA Finals ended the way you might have expected, with Steph Curry fully engaged, the Cavs treading water, and a 108-85 final score that never felt particularly in doubt at any point. Riding a resurgent performance from its foundational star, Golden State shot out of the gate, rode the waves and went on to seize its third title in the past four years (and four matchups with Cleveland).

Without overselling (or underselling) this Warriors title, it was the thing most people expected would happen ever since the last time they hoisted the trophy, roughly one year ago. Golden State cemented itself as the most dominant team of its era, a direct affront to LeBron James’s track record, a foil to perhaps the most talented player ever. Though predictable, the result is historically significant, underwhelming Finals sweep aside, and as it stands, there’s little stopping them from doing it again. On some level, Friday night, and the series as a whole, was just another reality check.

A torrential 34-point first quarter from the Warriors made it clear they were serious, riding hot shooting and a re-engaged Curry to an early lead that they’d have little issue protecting. After one of the worst shooting nights of his entire career, playoffs or otherwise, Curry went for 37 points on 27 shots, including 12 points in the first quarter, doing the things he’s expected to do, extreme difficulty aside. It was clear he was locked in from the outset, including a haphazard, deep leaning three in an attempt to draw contact that would have looked like an accident for any other player.

Bolstered by a relatively quiet triple double from Kevin Durant, who recorded 20 points, 12 rebounds and 10 assists and won the 2018 Finals MVP, the Warriors executed on both ends, holding the Cavaliers to 34.5% shooting. Klay Thompson got himself into early foul trouble and only scored 10 points—it didn’t matter. We’ve seen this matchup more than enough times to know the outcome when Cleveland is at anything but their best.

The subtext, of course, is James, who very well may have played his last game in a Cavs uniform (in Cleveland, no less). This is the first time James has been swept out of a Finals since his first trip in 2007, wiped away by the Spurs as a much younger man. His eight straight Finals trips have produced three titles, and without a new zip code, it’s hard to imagine the odds shifting, given the Cavs’ cap sheet and dearth of sufficient help in this particular matchup. Although James piled up 23 points, eight assists and seven rebounds, the Cavs only managed one second-quarter run before falling apart in the third. He checked out to a standing ovation with 4:03 remaining in the game and his team down by 25. The arena emptied shortly afterward.

All in all, it was a blasé finish to a series that for a moment, at the end of Game 1, felt like it could have gone so much differently. The truth is that the Warriors’ best is always better. Three championship trophies now stand as the evidence.