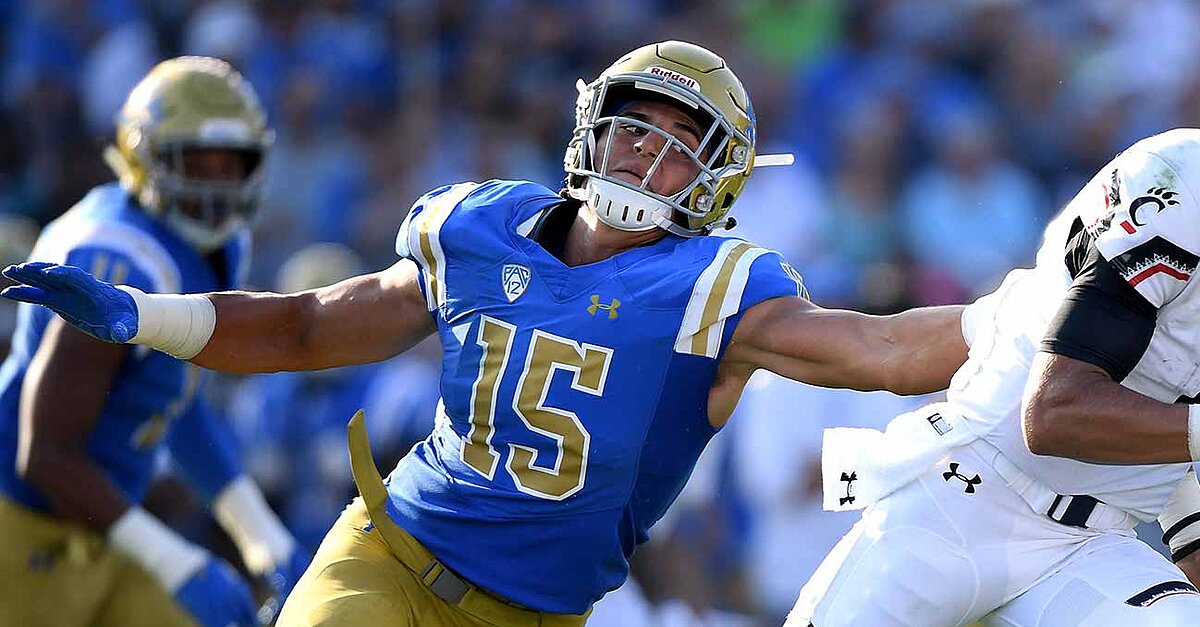 Alabama might have restored its recruiting supremacy when it secured the nation’s No. 1 signing class for 2019, but Manny Diaz and Miami have quietly compiled the best haul of a different talent source: transfers.

The introduction of an NCAA transfer portal in October has altered college football’s player movement infrastructure by giving student-athletes more control over their future. When a student-athlete enters his information into the database, all other programs are notified that he is interested in transferring and can contact him without going through his coach.

Perhaps no coach has taken advantage of the portal more than Diaz. He made it clear once he was named head coach following Mark Richt’s abrupt retirement that he wanted to upgrade the Hurricanes’ roster, and he’s doing that by adding formerly touted recruits through the transfer market.

“It’s a constantly fluid state of affairs because you have to understand your roster, which is changing sometimes with guys that are leaving early or you may have guys transfer off your own team,” Diaz told reporters recently. “So it is a situation where you have to be available to whoever is out there. Of course, the portal sort of does make that easier now. But the No. 1 thing is you have to understand who you are and what the needs of your team are.”

The portal has turned the transfer market into an offseason obsession, with the natural focus gravitating toward quarterbacks on the move. So many high-profile backups have left one blueblood program for another: Jalen Hurts left Alabama for another College Football Playoff regular in Oklahoma, provoking OU backup Austin Kendall to go to West Virginia; Georgia’s five-star QB Justin Fields is now at Ohio State, which compelled four-star Tate Martell to transfer to Miami.

It will be fascinating to see whether these quarterbacks get to face their old teams in next year’s playoff, but the portal isn’t all about the guys under center. Other top players and other former hotshot recruits are leaving for better situations and more playing time, too.

UCLA linebacker Jaelan Phillips was the No. 1 overall prospect in the 2017 recruiting cycle according to the 247Sports composite rankings, and two years later, he’s looking for a new school. He took an official visit to Miami this week, and his comments on social media indicate that he may soon be a Cane. Phillips recorded 41 tackles and 4.5 sacks in 11 games at UCLA before a concussion ended his 2018 season and the school announced he was medically retiring from football after two injury-plagued years in Westwood. At Miami, he would join former UCLA defensive lineman Chigozie Nnoruke, who announced his plans to join the Hurricanes this week on Twitter. Nnoruke played in 11 games for the Bruins last year as a reserve, while starting 10 in 2017 when he posted 49 tackles, 8.5 for loss and two sacks.

Miami has also welcomed former USC safety Bubba Bolden, Buffalo receiver K.J. Osborn and Butler offensive lineman Tommy Kennedy, who will be eligible immediately; Auburn running back Asa Martin and Martell can seek waivers from the NCAA to play next season without sitting out per transfer rules.

These additions make sense for Miami, which came out of December’s early signing period with the No. 33 class, then lost Richt days after their Pinstripe Bowl loss and had to lure Diaz back from Temple, where he was just settling in as head coach. The Canes lost both starting senior safeties Jaquan Johnson and Sheldrick Redwine, along with backup Jhavonte Dean. They’re also depleted at receiver after a turbulent year at that position in which they lost top target Ahmmon Richards to a career-ending neck injury and dismissed leading receiver Jeff Thomas, who initially transferred to Illinois but announced he was returning to Miami after Diaz was hired. Second-leading receiver Lawrence Cager is still exploring a transfer, however, and Darrell Langham graduated. Diaz is clearly doing everything he can to bring the program back to a competitive level quickly after Richt’s tenure took a sharp downward turn.

NIESEN: The Chances a Blue-Chip QB Stays Where He Signs Are Worse Than a Coin Flip

While Miami has lost a few players, too, other schools have experienced more of an aftershock. Penn State has seen 11 scholarship players enter the portal, including former four-star receiver Juwan Johnson, who had 79 receptions for 1,053 yards and two touchdowns the past two seasons, and former five-star defensive prospect Lamont Wade, who was projected to step into a starting role for the Nittany Lions in 2019.

The more glaring exodus was at Virginia Tech, which has seen eight players enter the portal, including starting wide receiver Eric Kumah, who was second on the team in receptions last season (42 catches for 559 yards, seven touchdowns), and tight end Chris Cunningham (seven touchdowns in three seasons). Former starting quarterback Josh Jackson, who shined early in 2017 but suffered a season-ending injury early last year, is also in the portal. The flurry of activity forced Hokies coach Justin Fuente to release a statement on Twitter addressing the departures and explaining that he understands when “young men desire to explore their options by entering themselves in the NCAA’s transfer portal.”

Virginia Tech is getting a little too used to dramatic attrition. Last year, the Hokies lost 10 defensive players in addition to co-defensive coordinator Galen Scott before fall camp started. Starting defensive end Trevon Hill (who led the team in tackles for loss) was dismissed after the upset loss to Old Dominion, which was the same game Jackson went down with a season-ending injury. Even though these two offseason mass departures have no connective thread, at least Fuente has experience handling a depleted roster.

The spring semester is beginning, so players who are still undecided need to figure out their plans quickly. And there’s still a crop of talent waiting to be scooped up, including former five-star prospects like Tennessee offensive tackle Drew Richmond, Florida State wide receiver George Campbell and Ohio State linebacker Keandre Jones. Jones, who was ranked the country’s No. 9 outside linebacker in 2016, was initially committed to stay in-state and play at Maryland but flipped to the Buckeyes the same day as former teammate Dwayne Haskins (who was also previously committed to the Terps). In three seasons, Jones has played 15 games, posting 29 tackles and one sack.

As teams continue to assess their rosters before spring practices, most good players remaining in the portal will find a landing spot. And student-athletes can still return to their former program—while schools have the option of pulling the scholarship of players who have officially expressed their intention to leave, entering the database doesn’t mean they have to leave. It just means they want to explore more options.

Although non-quarterback transfers don’t earn the same amount of offseason buzz, those players can end up playing significant roles for their new teams. Take Notre Dame safety Alohi Gilman, who transferred from Navy after the 2016 season. He sat out 2017 per NCAA rules, but earned a starting job in 2018 and was second on the team in tackles (58) and interceptions (two) while helping lead the Fighting Irish to the playoff. Texas running back Tre Watson left Cal after missing most of the 2017 with a torn ACL and gave the Longhorns’ running game a boost while becoming Tom Herman’s leading rusher in 2018 (786 yards, three touchdowns). Jalen Hurd is another example: he played running back at Tennessee, but switched to receiver at Baylor, where he quickly became the No. 1 target in the passing game and a top-10 receiver in the Big 12. Florida wideouts Van Jefferson (previously at Ole Miss) and Trevon Grimes (Ohio State) combined for 867 yards on 61 receptions with eight touchdowns in Gainesville.

Maybe next year their examples will force the quarterbacks on the move to share the spotlight.