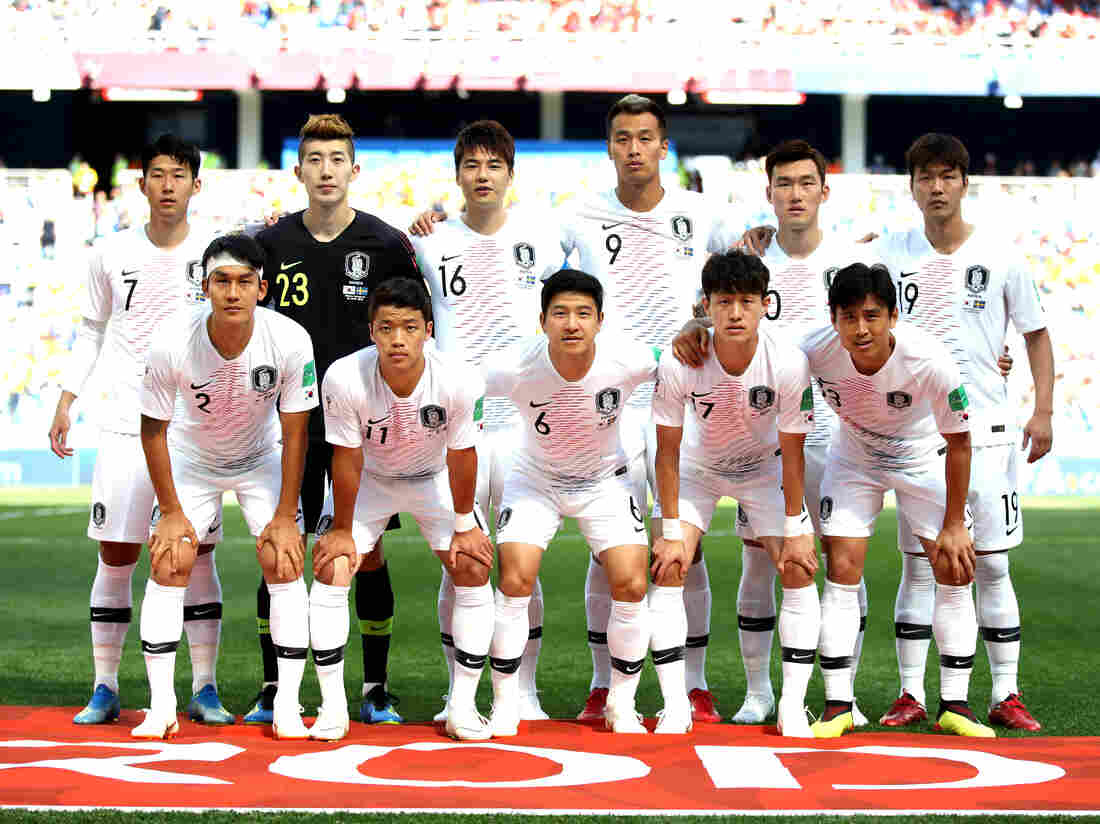 The South Korean soccer team poses for a photo prior to the 2018 FIFA World Cup match against Sweden at Nizhny Novgorod Stadium on June 18, 2018 in Nizhny Novgorod, Russia. Clive Mason/Getty Images hide caption 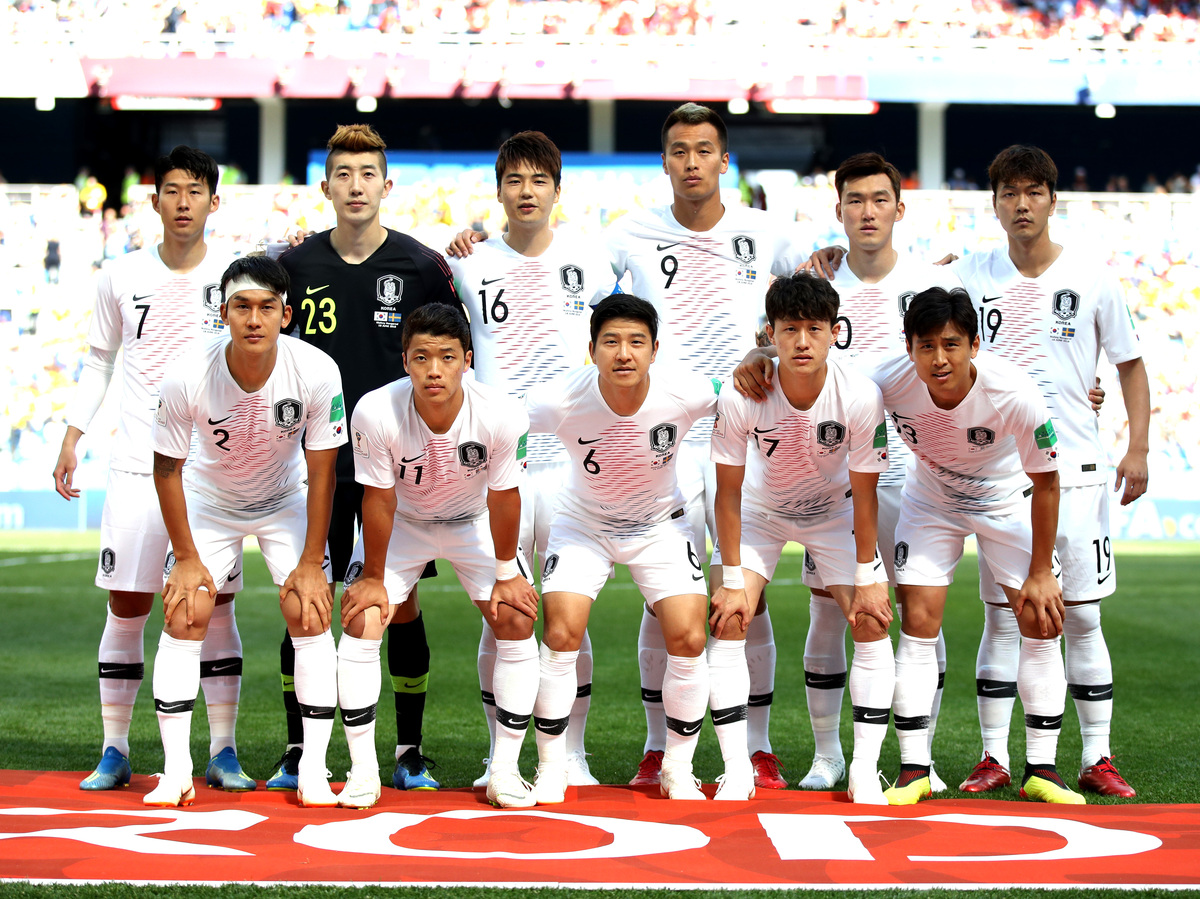 The South Korean soccer team poses for a photo prior to the 2018 FIFA World Cup match against Sweden at Nizhny Novgorod Stadium on June 18, 2018 in Nizhny Novgorod, Russia.

Whenever you bring together dozens of different countries from around the globe, there’s bound be some cross-cultural confusion. The World Cup is no exception.

And if you’re Shin Tae-yong, coach of the South Korean national team, you figure out how to work that confusion to your advantage. In a press conference Sunday, Shin explained the unusual tactic he’d employed against scouts from the Swedish team: He’d had his team members swap jersey numbers for the warm-up games, in hopes that scouts wouldn’t be able to tell the players apart.

“It’s very difficult for Westerners to distinguish between Asians,” Shin explained, as quoted by ESPN. He added, “We wanted to confuse the Swedish team … That’s why we did that.” Shin’s comments came after a Swedish scout was believed to have observed a closed practice of the South Korean team.

Shin’s strategy didn’t pay off quite the way he intended — Sweden beat South Korea 1-0 in their match earlier today.

But we wanted to know whether or not the jersey-swap actually might have tripped people up. Are Westerners really that bad at telling apart Asian faces, as Shin claimed?

To help explain the science, we spoke to Alice O’Toole, a professor at the University of Texas at Dallas, who has been researching human recognition of faces since the late 1990s.

Below are highlights from our conversation.

NPR: Is it really more difficult for people from one racial group to recognize faces from another racial group?

Alice O’Toole: So, it has been known since the late sixties, actually, that humans, given a task to learn new faces and to recognize them at a later date, are simply more accurate when the faces they’re trying to learn and remember are faces of their own race, as opposed to faces of another race. And so there have been many hypotheses over the years about what causes this difference. But generally now, I think most people believe that your neural system, your brain, tunes to find what are the most important distinguishing features for faces that you have to know.

And so what the most distinguishing features are, for example, for East Asian faces, might be quite different than what it is for Caucasian faces or African faces. So your brain and cognitive system tune to the information that helps make individual faces unique. And the nature of that information is simply different as a function of the race of that face.

Paying attention to eye color, for example, might help you in a Caucasian scenario, but it’s not going to help you maybe with East Asian faces.

NPR: Does it matter how much time you’ve spent around people of different backgrounds?

O’Toole: It can vary a little bit as a function of how much exposure you have to faces of different races. So there’s some old studies that really still ring true, like children who grow up in integrated neighborhoods don’t develop an “other race” effect. That’s because they have early exposure to faces of different races — like children who grow up speaking more than one language, you can tune your perceptual system to multiple languages. You just have to do it early in life.

So many of us think that the “other race” effect for faces is very much like language learning. If you see lots of faces early in life, if you learn all the important distinguishing features for different races, then you can use them easily.

But at some point your perceptual system loses its plasticity for that. Just like if you or I were to learn another language past the age of 10 or 11, we’ll always speak it with an accent. We’ll always have less perceptual ability than somebody who grew up speaking it.

NPR: Are there any social elements to this? Besides just the pure brain science of it?

O’Toole: People have looked at more social effects of this — whether or not people pay less attention to faces of other races.

But generally speaking, it’s actually a pretty mundane perceptual effect. There’s not much evidence to suggest a social or a motivational factor. You just look [at someone], and it’s hard to find on a face of another race what makes them different. And on your own race, it just looks like the distinguishing features just pop out at you.