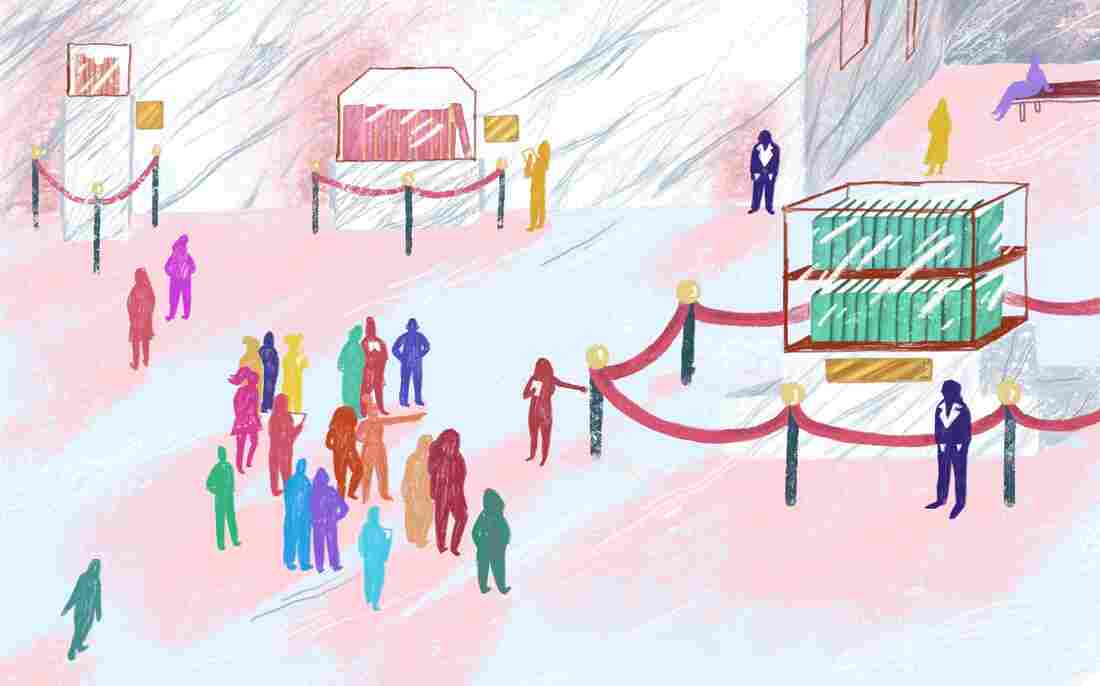 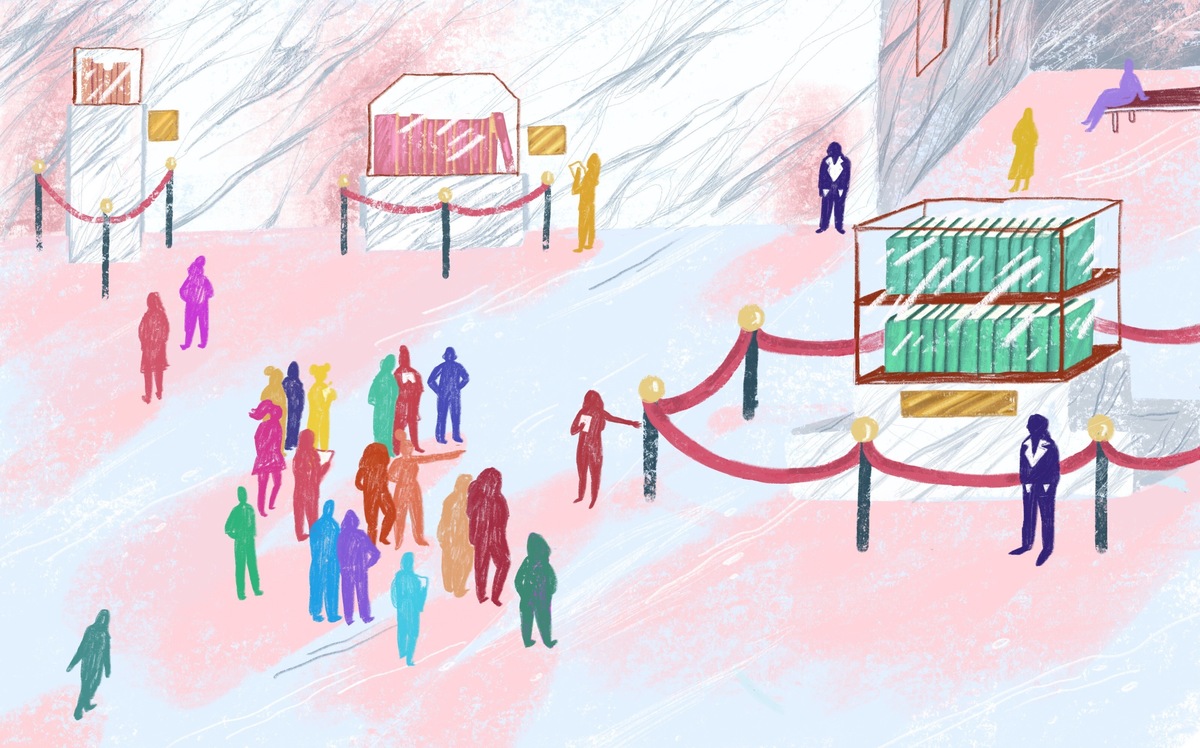 An unusual sound fills the once silent space. On the main floor of the Fine Arts Library at the University of Texas at Austin, a 3D printer softly whirs.

Tim Zawistowski stands over the printer, trying to create a miniature tree for a model he’s building. Someday, the sophomore hopes to design lighting and projections for live events. Today, though, his dimensions are off, so he heads back to his computer.

“I’ll add another 5 millimeters, and it will be good,” Zawistowski says.

The 3D printer is part of the library’s new makerspace. It sits alongside laser cutters, virtual reality headsets, sewing machines and computers with software for editing video and audio. The technology was added this school year, and its presence in the library has stirred a heated debate in the College of Fine Arts.

The drama began with Doug Dempster, the dean of the College of Fine Arts, trying to solve two problems at once. Enrollment was dropping and so was traffic in the library. Dempster realized both needed an upgrade. So, first, the school added new, tech-heavy programs, including instruction in video game, sound and light design. They’ve been a big hit.

“These new programs are growing so fast,” Dempster says, “that they’ve already added about 30 or 40 percent to our undergraduate enrollments in the College of Fine Arts.”

But these new programs — and new students — needed new technology and somewhere to house it all. With space at a premium, Dempster made a controversial choice: the main floor of the library.

To make room, librarians removed tens of thousands of books and other materials that hadn’t been checked out in years. The items were put into storage — some across town, some a few hours away. Students can still request them; it just might take a few days to get them back to the library.

Jeffrey Chipps Smith, a professor of art history, isn’t happy. He says those books were still being used, even if they weren’t being checked out.

“A lot of the time, when I use the library, you’re not necessarily checking something out,” Smith says. “You’re going upstairs to look at an article in a periodical, you’re going to check a reference for something and so you may open a few books and find what you need and put them back.”

Many students share Smith’s concern. In fact, some were so upset that, when Dempster spoke at a conference in March, they chanted outside, “Our books, our say, you can’t take our books away.”

Their argument boils down to this: In research, you don’t always know what you’re looking for, and it’s difficult to browse and discover a new, helpful source if the books are only accessible via a search engine.

This practice of storing books off-site is the norm for academic libraries, according to the university’s vice provost of libraries, Lorraine Haricombe. And she has a question for everyone who’s now protesting:

“Where have you been all these years?”

Haricombe says libraries are like oxygen: It’s easy to take them for granted.

“We are there, and [it’s not] until the oxygen is taken away and we begin to feel suffocated that they react to that,” Haricombe says.

After months of pushback, Dempster, the college’s dean, convened a task force to find solutions.

The university recently approved some of the committee’s recommendations, including renovating the library to create more shelf space.