The relegated trio of Swansea, Stoke and West Brom have spent a combined 24 years in the top flight. It’s not often three established Premier League teams face the drop, so at least one of them should secure automatic promotion next season.

All three clubs will be hoping for a much better season than they have just endured but the Championship is a tough league, especially for those not used to competing in it.

The most recent comparable campaign was in 2012 when both Blackburn and Bolton faced the drop after a combined 22 years. Neither of those sides have yet come back up and have, in fact, both being relegated again to England’s third tier since they departed the top flight.

There are success stories for established Premier League sides who have earned immediate returns, most notably Newcastle United and West Ham, both of whom have shown great resilience, bouncing back in recent seasons.

It’s been a turbulent time for the two clubs, who have both endured fan protests but both sides have come back stronger. In particular, West Ham future looks bright following the appointment of Manuel Pellegrini.

West Ham have flirted with relegation since their return to the top flight in 2012 but unlike Newcastle, they haven’t actually been relegated. In fact, they haven’t finished lower than13th place, having twice breached the top 10.

The grass is always greener on the other side, and while these performances haven’t been enough for many supporters, the West Ham fans have no idea how good they have got it.

Club owners David Gold and David Sullivan have not been afraid to chop and change where necessary, and have invested heavily in the club. Swapping managers can often breed inconsistency, and has resulted in many a relegation, but the board have appeared to appoint the right man at the right time on every occasion.

Sam Allardyce remained an unpopular figure, but it proved a masterstroke in winning promotion and solidifying the club’s status. While the football may not have always been the most exciting at the Boleyn Ground, it was necessary to keep the club aloft.

Holding onto their man just long enough to create a platform from which they could build upon, Allardyce was replaced with an exciting new manager and former West Ham player Slaven Bilic.

The appointment was not only popular with fans but fruitful as Bilic led the Hammers to a seventh-place finish, narrowly missing out on fifth spot with a defeat on the final day of the season.

It was enough to take West Ham into Europe and another successful season that followed. Purchasing star players from their immediate rivals like Swansea’s Andre Ayew and Stoke’s Marko Arnautovic sent signals of intent.

Simultaneously strengthening their own squad whilst weakening their rivals proved the difference as both Stoke and Swansea were relegated this season, while the Hammers survived. Again unafraid by change, they dismissed Bilic at an early sign of trouble, and replaced him with the experienced David Moyes.

Moyes narrowly led the club to survival but has recently been replaced by Premier League winner Manuel Pellegrini.

The former Manchester City manager assembled one of the greatest squads the Premier League has ever seen while at the Etihad, and the West Ham board intend to back their man to help bring success to the Olympic Stadium. 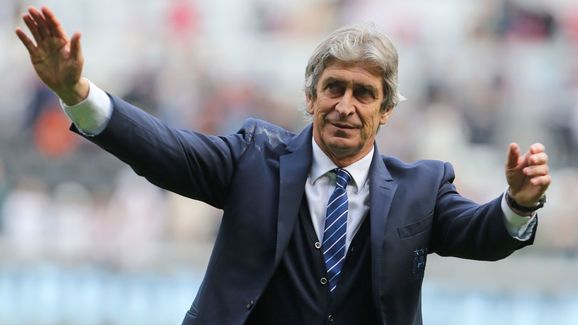 West Ham have spent over £170m in the last three years on their squad bringing in some real quality like Dimitri Payet and Manuel Lanzini. They have also recurred around £110m from letting go of players who were no longer wanted by the club, moving forwards and balancing the books.

Gold and Sullivan have shown no signs of letting up and are set to back Pellegrini again this coming summer and will likely be better off for it. It’s been an erratic period of success for the club but anything they achieve next season has been premeditated and will build on the groundwork laid by the club following relegation.