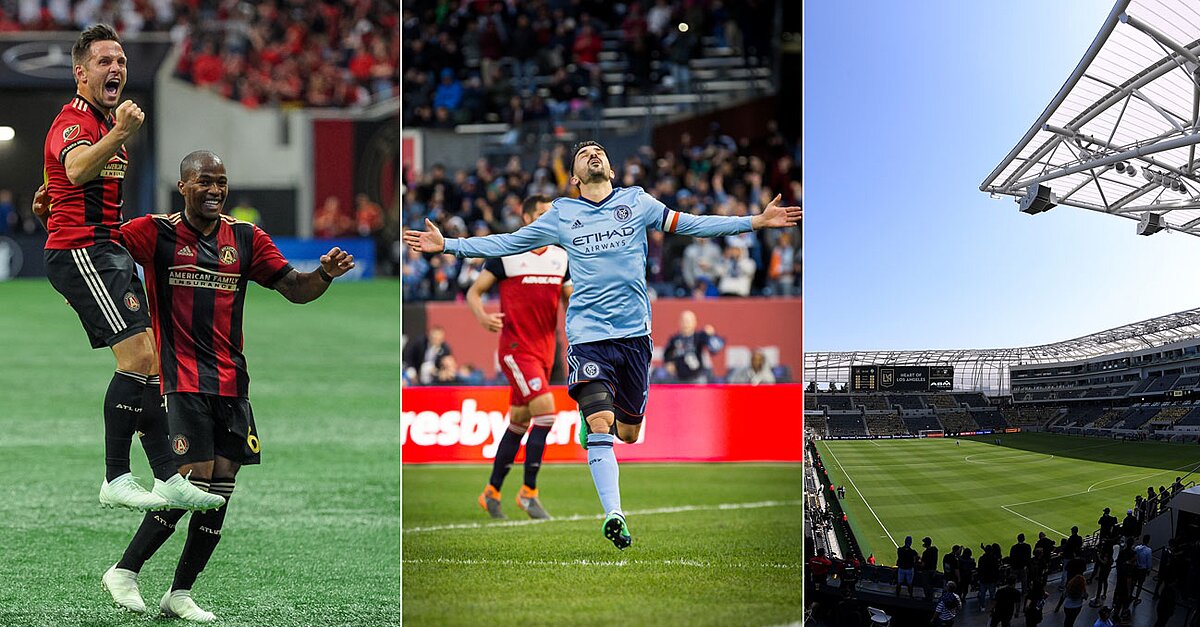 Toronto FC has had better weeks.

The road back to glory has proven to be a bumpy one for the reigning MLS champs, at least early on. The Reds had their hearts broken in penalty kicks in the Concacaf Champions League final on Wednesday night. Then, three days later, they had them broken by the Chicago Fire on their return to action in league play. One-time TFCer Alan Gordon did the honors with a stoppage-time strike, forcing Toronto to settle for a draw on a night when it looked like a rebound performance and three points were there for the taking. With TFC focused on its CCL run and rotating the squad to play reserves during league play, the points haven’t been there for the taking all that often, which has been a jarring deviation from the norm for the 2017 Supporters’ Shield holder. Six games into its MLS season, Toronto is dead last in the league.

There doesn’t seem to be anyone really worrying about TFC’s MLS outlook–even with the club eight points out of the playoff places and 15 out of the first-round bye places–given the forgiving nature of the league’s schedule and the star-studded nature of TFC’s roster. But the injuries are mounting up, especially in defense, which is where Michael Bradley is being forced into playing while Drew Moor, Chris Mavinga, Eriq Zavaleta, Nick Hagglund and Justin Morrow all are on the mend.

There’s plenty of reason to believe TFC will turn things around, starting Friday at home against Philadelphia after the freshness of its wounds has passed, but don’t underestimate the psychological impact and hangover brought on by the CCL setback. Instead of celebrating a league’s first, TFC’s new task is to prevent a snowball effect from turning up the heat way earlier than is ever necessary.

Toronto FC’s double dejection was just part of a busy week in MLS circles, one in which LAFC’s new stadium opened, David Villa hit a major career milestone, Orlando City won its fifth in a row and the league’s final unbeaten team was handed its first L. Here’s the best of the bunch:

LAFC opened Banc of California Stadium Sunday night with its first home match after six straight on the road to open life in MLS and … just, wow. The $350 million, privately financed venue appears to be nothing short of gorgeous. From the 3252 stand on one end to the luxurious elements throughout the stadium, it’s a true gem, through and through.

The problem was that for 92 minutes, the on-field action hardly marched the glitz in and around the stadium. A 0-0 draw vs. Seattle was probably not what the club’s owners, staff, players and fans had in mind, so when Laurent Ciman was handed a housewarming gift in the form of a howler from Stefan Frei, the 22,000 in attendance had no problem with the fashionably late–classic L.A. style, right?–winner. It was a Hollywood plot that put all the focus on the ending.

Atlanta United is blessed with a number of star-caliber talents, but the lesser-heralded Kevin Kratz was the one making the headlines Saturday with his David Beckham-esque performance in a 4-1 win over the Montreal Impact. These two free kicks were glorious and bent to perfection.

III. The year is 2046. Alan Gordon scores in stoppage time.

The more things change, the more they stay the same for 36-year-old crunch-time killer Alan Gordon. His latest was a dagger of an equalizer that stole a draw from the jaws of defeat for the Chicago Fire–the seventh time he’s scored a stoppage-time goal that has either brought his team level or given it a lead over the last 10 years.

Goal totals and records have become a bit skewed in the age of Messi and Ronaldo, but 400 is a heck of a goal haul for one player’s career, and David Villa hit the milestone on a penalty kick for NYCFC Sunday night. Here’s the historic moment and a great breakdown, courtesy of NYCFC, of just where those goals were scored over his illustrious career.

The Spanish superstar didn’t waste time moving onto the next century, showing his trademark persistence to put a cap on NYCFC’s 3-1 win over FC Dallas, which dealt the visitors their first loss of the season. Villa’s former team, Barcelona, remains on a quest to be Invincible, but there will be no such quest in MLS this season.

V. And that’s why you play until the whistle

Teal Bunbury burned his former team, Sporting Kansas City, with the lone strike in the New England Revolution’s 1-0 win over the Western Conference leaders on Saturday night, but how he scored was the subject of the latest VAR debate.

VI. Presenting your bonehead move of the week

VII. When the bicycle kick clearance doesn’t get the job done

VIII. He dared to rob Zlatan

Remember when there wasn’t a bigger ticket in MLS than the annual New York Red Bulls-LA Galaxy showdown? Well, the two turned back the clock on the Galaxy’s throwback night (tangent alert: can MLS teams *please* adopt actual retro uniform nights and revive some of the classic/horrifyingly obscene kits from the league’s past?) with a five-goal thriller that saw the Red Bulls build a 2-0 lead, blow a 2-0 lead and emerge with a 3-2 win after a controversial penalty call gifted Kaku a chance at the winner from the spot.

But it could very well have been a Galaxy triumph had a controversial offside call not negated Zlatan Ibrahimovic’s would-be go-ahead goal. It marked the second disallowed Galaxy goal on the night after Romain Alessandrini was denied earlier in the match with help from VAR, and the body of work from the night caused Galaxy manager Sigi Schmid to tell the LA Times, “I’ve always said I’m a fan of [VAR]. But I’m not a fan anymore.”

Watch our weekly Planet Fútbol show on SI TV! Grant Wahl and Luis Miguel Echegaray bring their analysis on all of the biggest stories around the world along with interviews of high-profile figures from all facets of the beautiful game. Sign up for a FREE SI TV trial here.

Ibson’s game-winning goal for Minnesota United against the Houston Dynamo is hard to appreciate at full speed. For starters, the football markings and end zone paint are just way too distracting to the eye. But regardless of them, you miss the nuance of what he accomplishes on this goal on a first look:

So let’s check that out in slow motion:

Mike Grella is back from over 10 months out with an injury and marked his debut for the Columbus Crew with a three-point-seizing strike. It wasn’t nearly as nice as Ibson’s goal, but it delivered the same result: A 2-1 win that snapped a four-game winless stretch.

Entering the Philadelphia Union’s home clash vs. D.C. United, the club was riding a five-game stretch in which it scored once and was shut out four times, prompting manager Jim Curtin to say: “Maybe it takes a fluke play where all of a sudden we get a break and someone makes a mistake.”

Three goals later, and the Union have their first win and first multi-goal game since opening day. If Curtin wants to press his luck, he should wish for a CJ Sapong hat trick vs. Toronto on Friday.

XII. This should have clinched Cincinnati’s MLS expansion bid

Forget the intricacies of stadium deals, city politics and MLS Board of Governors meetings. Kenney Walker (ex-LA Galaxy) delivered a bid-worthy strike with that long-range volley.