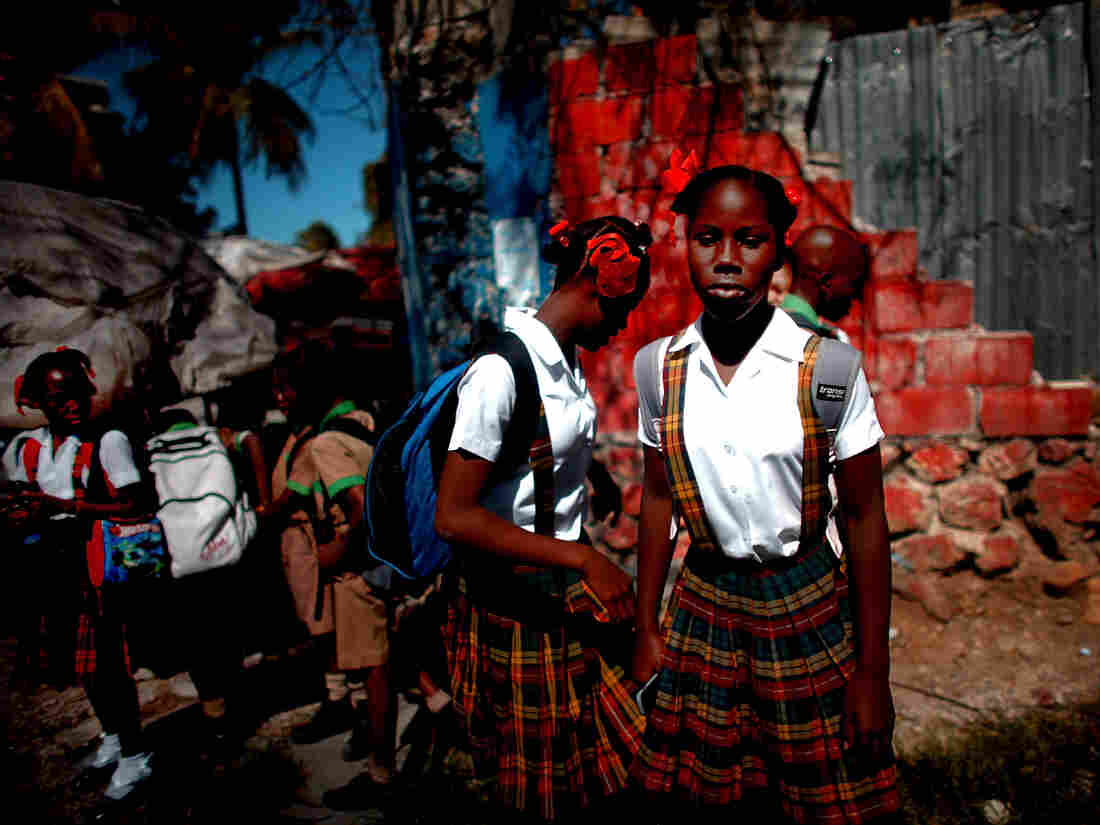 This 2013 photo of schoolgirls in Haiti shows the slow progress in recovering from the 2010 earthquake. David Gilkey/for NPR hide caption 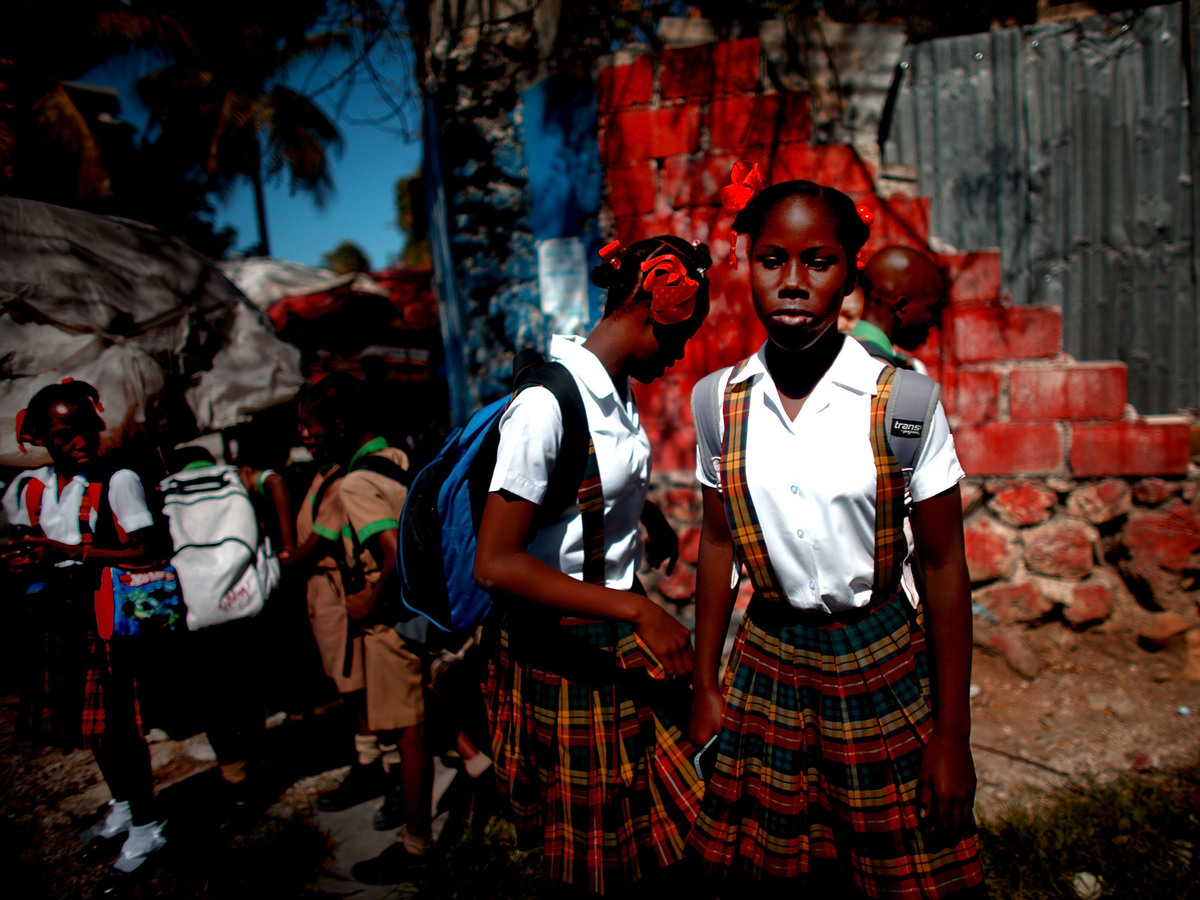 This 2013 photo of schoolgirls in Haiti shows the slow progress in recovering from the 2010 earthquake.

Charities lie about the impact of foreign aid to stay funded.

Aid workers lie to themselves about the impact of a project.

In a new book called Why We Lie About Aid: Development And The Messy Politics Of Change, Pablo Yanguas explains how these mischaracterizations have created a dysfunctional aid system that hurts the people who need help most.

We spoke to Yanguas, a research fellow with the Effective States and Inclusive Development Research Centre at the University of Manchester, about his book. This interview has been edited for length and clarity.

One thing politicians say is that spending lots of money on foreign aid will make the world a better place? Is that true?

It’s a lie in the sense that telling people that spending more or less of their taxes on the aid budget will help more people around the world.

It’s a convenient argument for politicians on the left to demonstrate they are progressive and have international solidarity in mind.

What about politicians who say that the West is spending too much on aid?

It’s a convenient argument on the right to show they are fiscally responsible.

And you question that connection between the amount of aid handed out and its impact?

It’s not the size of the budget [that matters], it’s what you do with it. Funding by itself is not development. 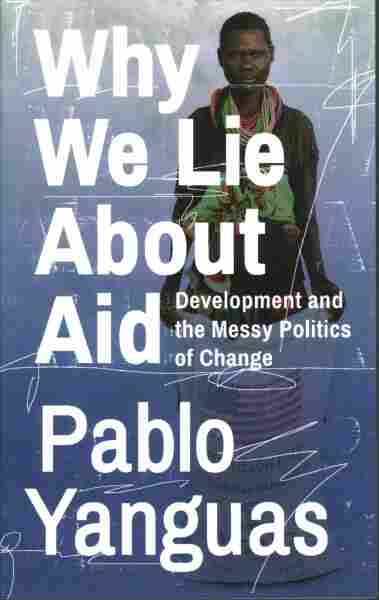 You give an example of that in your book. In Spain, a left-leaning politician — in the hopes of appearing progressive — drastically increased the government’s aid budget from $2 billion in 2004 to $6.9 billion in 2008. The extra funds did not automatically result in more and better aid projects in low-income countries.

Our contributions to international development will be much better served by having a debate on its effectiveness.

Surely the budget matters. Although foreign aid makes up less than 1 percent of the U.S. budget, it’s still a lot of money. President Trump is threatening to cut funds to USAID and the State Department, and his policies have already affected maternal health programs in countries like Kenya and Uganda.

There will be some times when cuts are so drastic that they will inevitably have a negative effect on development.

You say that it’s what you do with aid that matters. But from your book it seems that the groups that make up the aid community — NGOs, charities and institutions like the U.N. — are not very good at spending aid efficiently.

There is a significant pressure in the aid industry to get money out the door and demonstrate results with a quick turnaround. It [creates] a perverse understanding of accountability. You start focusing on [the value you’re] getting out of an aid intervention.

Can you give an example?

Let’s say you want to improve access to education in a developing country. It would be easy to count [and therefore show donors] how many students regularly attend school, or how many students move from primary to secondary school.

But if you’re interested in the quality of the education they’re getting, things become harder.

You’d need to measure not just how many hours they’re spending in school, but what they’re learning. And when they graduate, are they getting better jobs, becoming more informed citizens? You’d need to measure the quality of education first, then the results over a period of time.

The second approach is clearly better. Why not just choose that?

Pretend you’re an aid professional working in education in Nigeria. Your boss is telling you that “we need results because of the media and we need to demonstrate impact [to the government and donors].”

As a professional you should go with your heart and mind and show the long-term impact. But that would be career suicide. What would be easier to do is simply build the schools and put kids in it.

So the aid workers are choosing what’s easy to measure to appease donors. Are they lying to themselves?

If you do not think very carefully about what you’re trying to achieve or work closely with agents of change, all you’re doing is throwing money at a problem.

We’ve seen these programs crop up time and again. We’ve seen health clinics built in rural areas with no staff or medicine. We’ve seen empty schools because of teacher absenteeism. Roads built, but not maintained. At Year 1 it looks great, but by Year 5, you can’t use it because there are so many potholes.

How do these projects keep getting funded?

In order to keep their [funding], in order to continue having the possibilities of pursuing the mission, aid practitioners have to misrepresent what they do.

What inspired you to write this book?

The question that I always got from from family: “Can NGOs be trusted? Should we give our money to the church instead?”

And can the aid industry be trusted, amid all these untruths?

As a general rule, trust NGOs that are transparent about what they hope to achieve and how they plan to achieve it.

Reward NGOs that are willing to acknowledge failure and explain to their donors that in development sometimes you fail, but that doesn’t mean you stop trying.