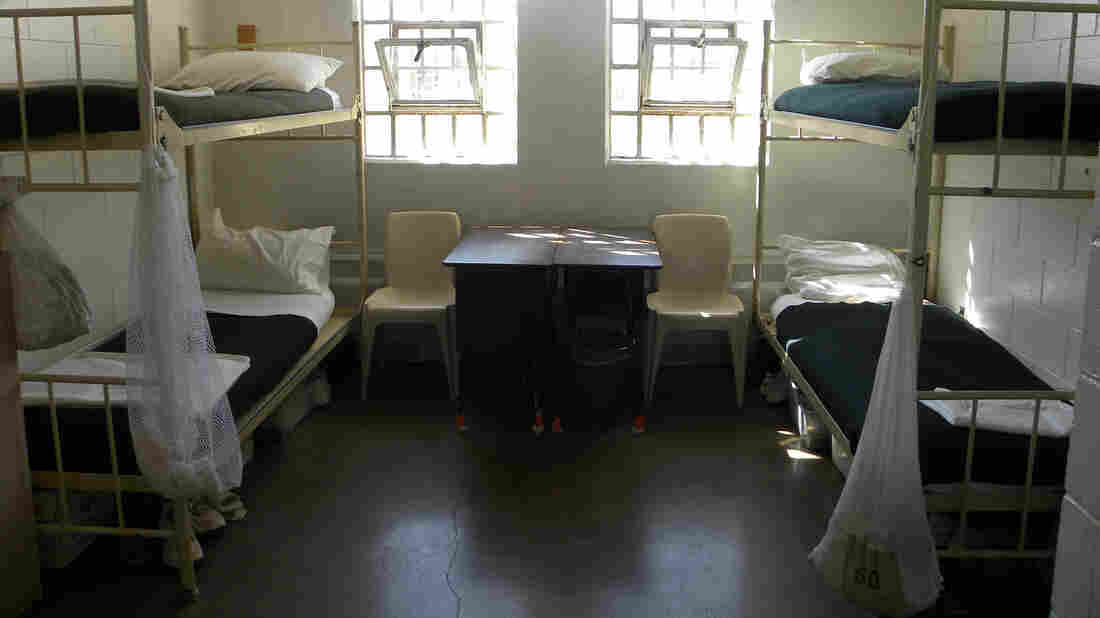 An undated photo, provided to the Associated Press by the Federal Bureau of Prisons, shows a four-man cell at the Englewood Federal Correctional Institution in Littleton, Colo. AP hide caption 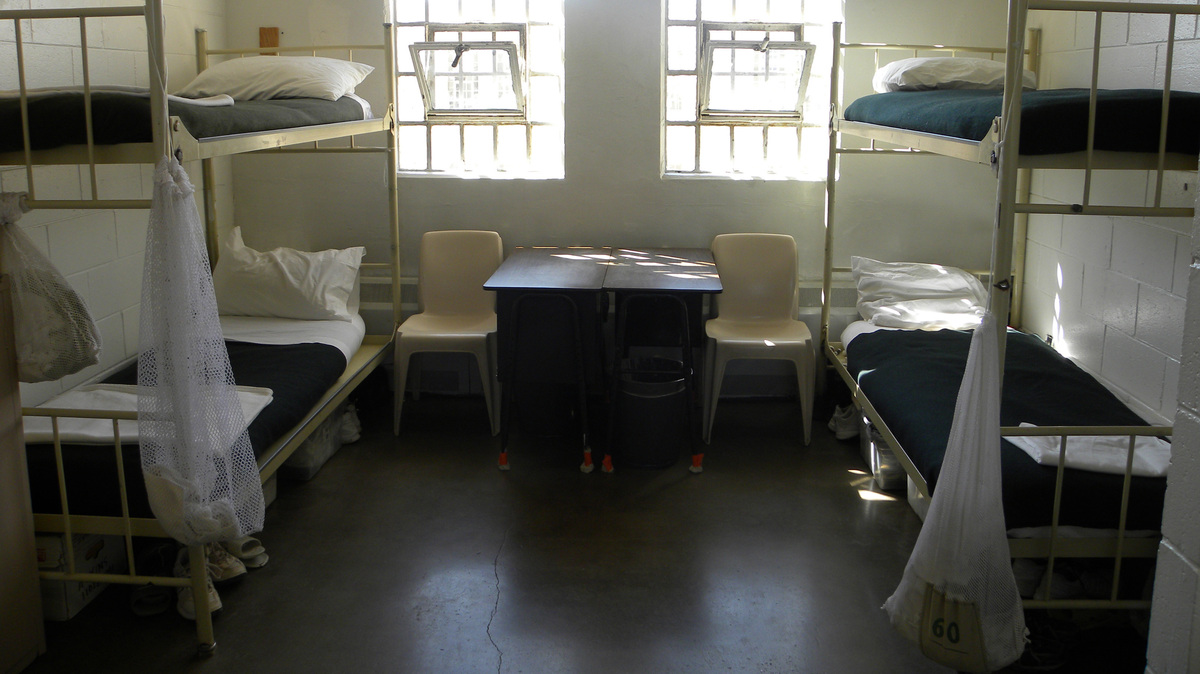 An undated photo, provided to the Associated Press by the Federal Bureau of Prisons, shows a four-man cell at the Englewood Federal Correctional Institution in Littleton, Colo.

The U.S. Federal Bureau of Prisons released revisions to its Transgender Offender Manual on Friday. Notably, the rewritten manual gets rid of language asking that an inmate’s gender identity, not the sex they were assigned at birth, be considered when recommending a housing facility for them.

The initial manual, dated Jan. 18, 2017, states: “The TEC [Transgender Executive Council] will recommend housing by gender identity when appropriate.” In the revised version, which was approved by the Federal Bureau of Prisons Director Mark S. Inch, that sentence has been struck. The language in the revised version instead insists that facility assignments for transgender inmates be assessed on “a case-by-case basis.”

The guidelines now say that the Transgender Executive Council “will use biological sex as the initial determination” for facility assignment for transgender inmates, and a transgender inmate would be assigned to a facility based on their identified gender only “in rare cases.” To make a determination about placement, the Council can consider the inmate’s health and safety, the inmate’s history of behavior and the security of the institution and its inmates.

The rewrite also adds the word “necessary” to a sentence where the word did not previously appear: “Hormone and other necessary treatment may be provided after an individualized assessment of the requested inmate by institution medical staff.” Buzzfeed News has reported that the addition of the word indicates “the agency will make determinations about what sort of hormone therapies and other gender transition services are required.”

In 2012, NPR’s Carrie Johnson reported on President Obama’s announcement that the 2003 Prison Rape Elimination Act applied to people in all federal facilities, not just those overseen by the Justice Department and Federal Bureau of Prisons. Some new standards accompanied the expansion of that law:

“The new standards forbid pat downs of female inmates by guards of the opposite sex, require prisons to do more to advise inmates of their rights and services that could help them, and impose audits every three years by an independent overseer. The standards also direct authorities to decide on a case by case basis whether to house transgender inmates in a male or female facility.”

A statement released Friday by the National Center for Transgender Equality accuses the new Bureau of Prisons revisions of violating that law:

“This change stands in direct defiance of the Prison Rape Elimination Act, which mandates prison officials must screen all individuals at admission and upon transfer to assess their risk of experiencing abuse. The new policy strips away these guidelines and encourages broad, blanket placement of prisoners based on their sex assigned at birth.”

But Nancy Ayers, a spokesperson for the Bureau of Prisons, told Buzzfeed News she believes the policy does consider individual needs in accordance with the Prison Rape Elimination Act: “The manual now addresses and articulates the balance of safety needs of transgender inmates as well as other inmates, including those with histories of trauma, privacy concerns, etc., on a case-by-case basis,” she says.

A Justice Department filing from August 2017 foreshadowed these changes. The filing was part of a case in which four evangelical Christian women – Rhonda Fleming, Jeanette Driever, Charlsa Little and Brenda Rhames – challenged Obama-era guidelines for transgender inmates in U.S. District Court. In the lawsuit, the women argued the Bureau of Prisons was violating their constitutional rights by placing transgender inmates in the women’s facilities they were housed in.

The August 2017 filing said the women did not have a strong case at that time. The transgender inmates housed at the two facilities in question — Federal Medical Center, Carswell and Federal Prison Camp, Bryan — were not housed in the same units as the plaintiffs. In addition, the women alleged that the transgender inmates they named in the case had committed certain acts against them, but the Bureau of Prison’s investigation failed to find enough evidence to prove those allegations to be true.

But, the filing did anticipate that Attorney General Jeff Sessions’ new appointee for Federal Bureau of Prisons Director, Mark S. Inch, would likely reevaluate the underlying issues of the four women’s case. Friday’s revisions are perhaps part of that predicted reevaluation.