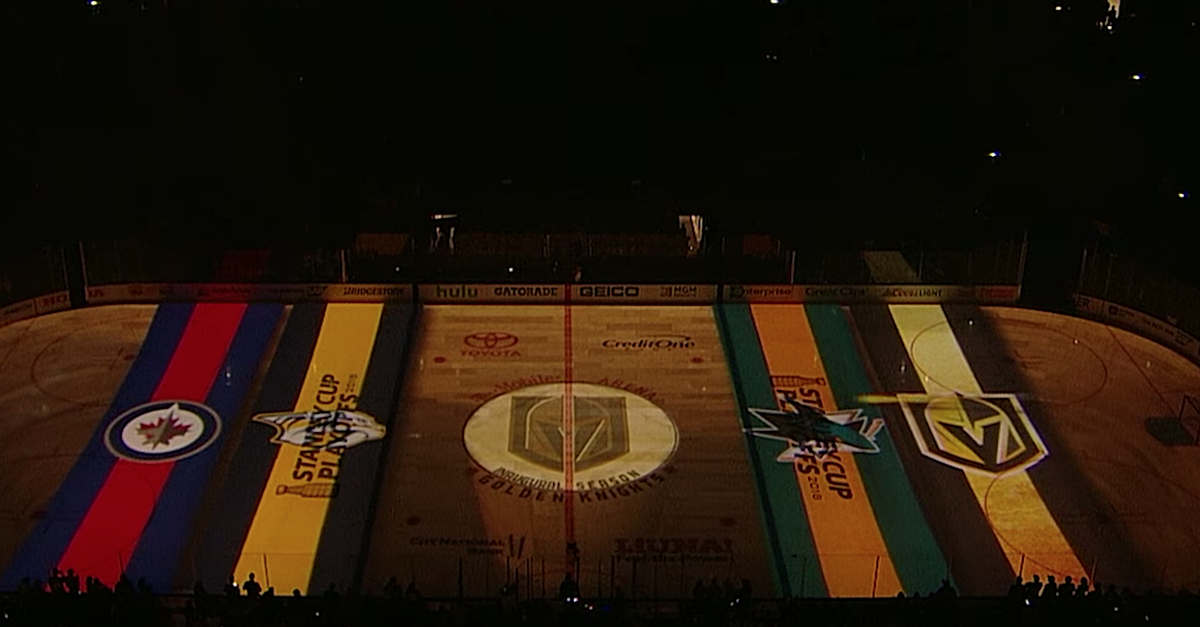 Vegas has put on a show before Golden Knights games.

Las Vegas is known for its extravagant shows and shockingly entertaining performances.

So it’s only fitting that the Vegas Golden Knights put on some of the best pre-game ceremonies in sports.

Before the franchise’s first postseason appearance in April, the Knights produced a dramatic battle on the ice.

Fans, as expected, loved it.

But Vegas didn’t stop there.

Before the Game 3 of the Western Conference Finals against the Winnipeg Jets, a pregame party featuring a drum line, archer, sword fight and knight slicing a jet was the talk of the town.

And before Game 4, Wayne Newton, a.k.a. Mr. Las Vegas, ignited the crowd with a unique cranking of the horn.

Here’s to hoping for more ceremonies when the Golden Knights play in the Stanley Cup Final.