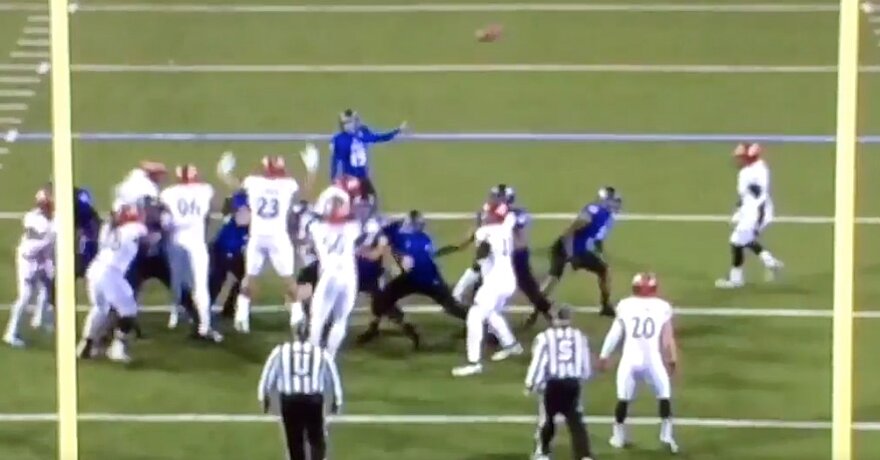 The Bears’ new kicker has one thing in common with Cody Parkey.

The Chicago Bears have a new kicker, and he has one key thing in common with Cody Parkey.

The Bears held a workout for kickers on Friday in an effort to replace Parkey. Later in the afternoon, they signed Redford Jones. The kicker’s agency, EnterSports Management, announced the signing on Twitter.

Chicago was looking to replace Parkey after the team’s season ended in the NFC wild-card round thanks to the kicker. The Auburn product double-doinked a 43-yard field goal with 10 seconds left against the Philadelphia Eagles, hitting both the upright and crossbar on his unsuccessful potential game winner. The Bears lost 16-15 at Soldier Field in Chicago.

Jones, who played college football at Tulsa, also once double-doinked a field goal. However, Jones’ kick in a game against Cincinnati managed to go through the uprights after bouncing off of both of them.

Thanks to Jones’ 24-yard kick, Tulsa got within seven points of the Bearcats at 31–24 early in the fourth quarter. The Golden Hurricane later beat Cincinnati 40–37 in overtime.

As for Parkey, he is currently still on the Bears’ roster and is set to make $3.5 million for the 2019 season.