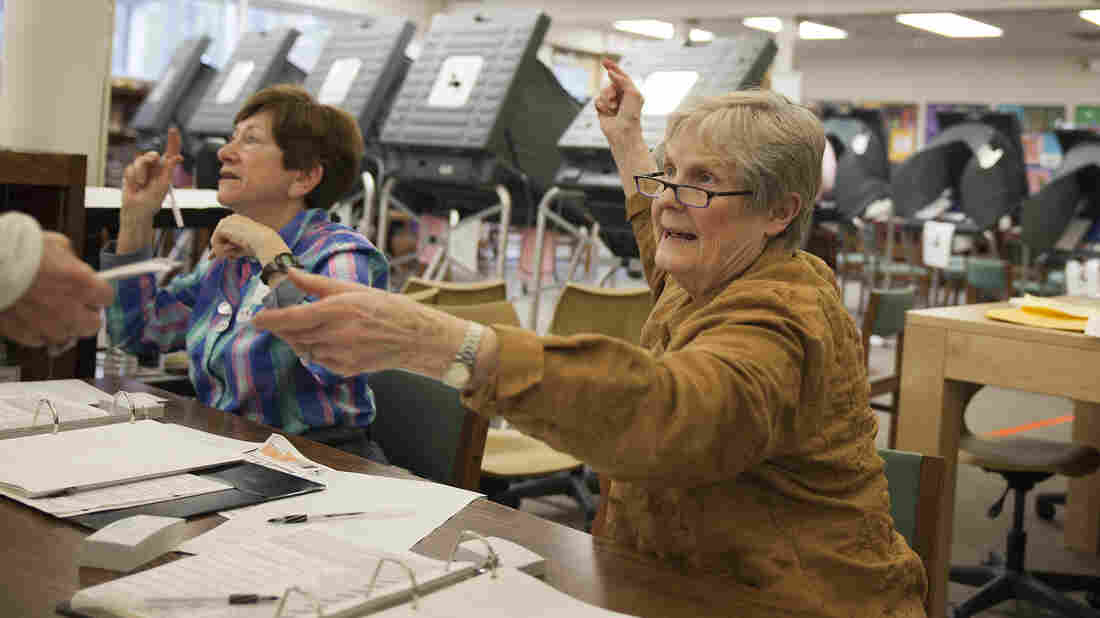 Texas voters will be required to show government-issued identification in the 2018 election. The law accepts handgun licenses as proof of identification, but not college student IDs. Lucian Perkins/The Washington Post/Getty Images hide caption

A Texas voter ID law considered one of the strictest in the country will stay in effect for the 2018 elections. The 5th U.S. Circuit Court of Appeals in New Orleans upheld the law in their ruling Friday. It’s been twice blocked before, but will hold up for the midterm elections.

Previous successful bids to stop the law cited it as discriminatory to minority voters in violation of the Voting Rights Act of 1965. The current law — S.B. 5 — updated a 2011 measure — S.B. 14 — that was blasted as a “poll tax” by opponents.

The Texas legislature passed S.B. 5 in what it said was an effort to address the complaints raised against the 2011 measure. But lower courts still weren’t satisfied, and challengers successfully blocked that version.

The panel of three judges, in a 2-1 decision, deemed S.B. 5 as a legal and acceptable replacement. According to the court’s opinion, Texas lawmakers aimed to “cure all the flaws cited in evidence when the case was first tried.”

“The legislature succeeded in its goal,” Circuit Court Judge Edith Jones wrote in her majority opinion.

The newly unblocked bill allows voters without one of the seven accepted forms of ID to sign an affidavit confirming their identity and swearing that a “reasonable impediment” kept them from obtaining legal ID. Those voters must also provide an approved “supporting form of ID.” Acceptable documents include original utility bills, bank statements and paychecks.

Today, the 5th Circuit Court of Appeals ruled that Texas’ current photo voter ID law, S.B. 5, sufficiently remedies discrimination against Black and Latino voters. We’re disappointed in the decision and are considering our next steps.

Opponents to S.B. 5 say that criminal penalties for lying on an affidavit could have a chilling effect on those who are more likely not to have the requisite identification — most often black and Latino voters. The Circuit Court labeled this argument “infirm evidence,” meaning that it wasn’t strong enough to uphold the appeal.

A Texas woman was sentenced to five years in prison for voting in the 2016 presidential election when she was ineligible because she was on probation, as The Two-Way blog reported last month.

“The court rightly recognized that when the Legislature passed Senate Bill 5 last session, it complied with every change the 5th Circuit ordered to the original voter ID law,” Paxton said in a statement. “Safeguarding the integrity of our elections is essential to preserving our democracy. The revised voter ID law removes any burden on voters who cannot obtain a photo ID.”

Democrats across the state and the country bemoaned the decision. Some, like former Dallas County sheriff and current gubernatorial candidate Lupe Valdez, are working to sustain voter turnout momentum despite the perceived setback.

Disappointing stepback to see Texas’ discriminatory voter ID law upheld. We should be making it easier for eligible Texans to vote, not harder.

“S.B. 5 does not fully remove the burden disproportionately placed on poor and minority voters; it just creates a new and different burden,” he wrote.