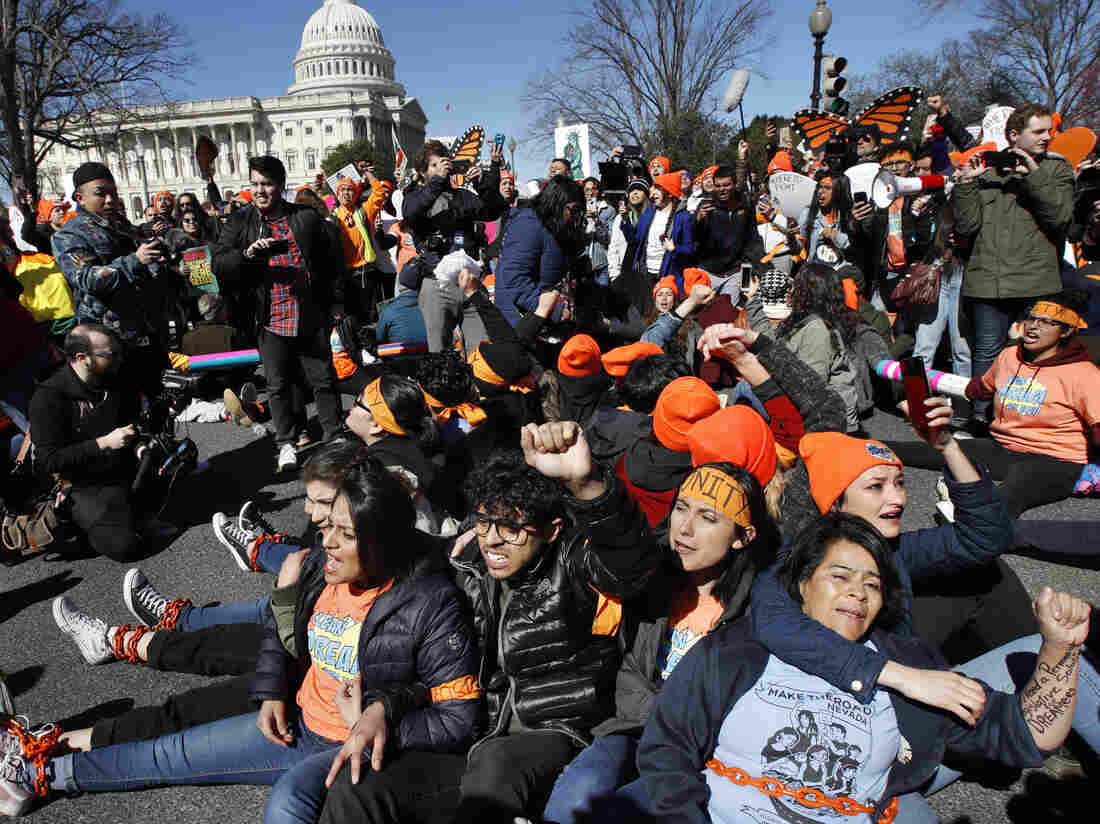 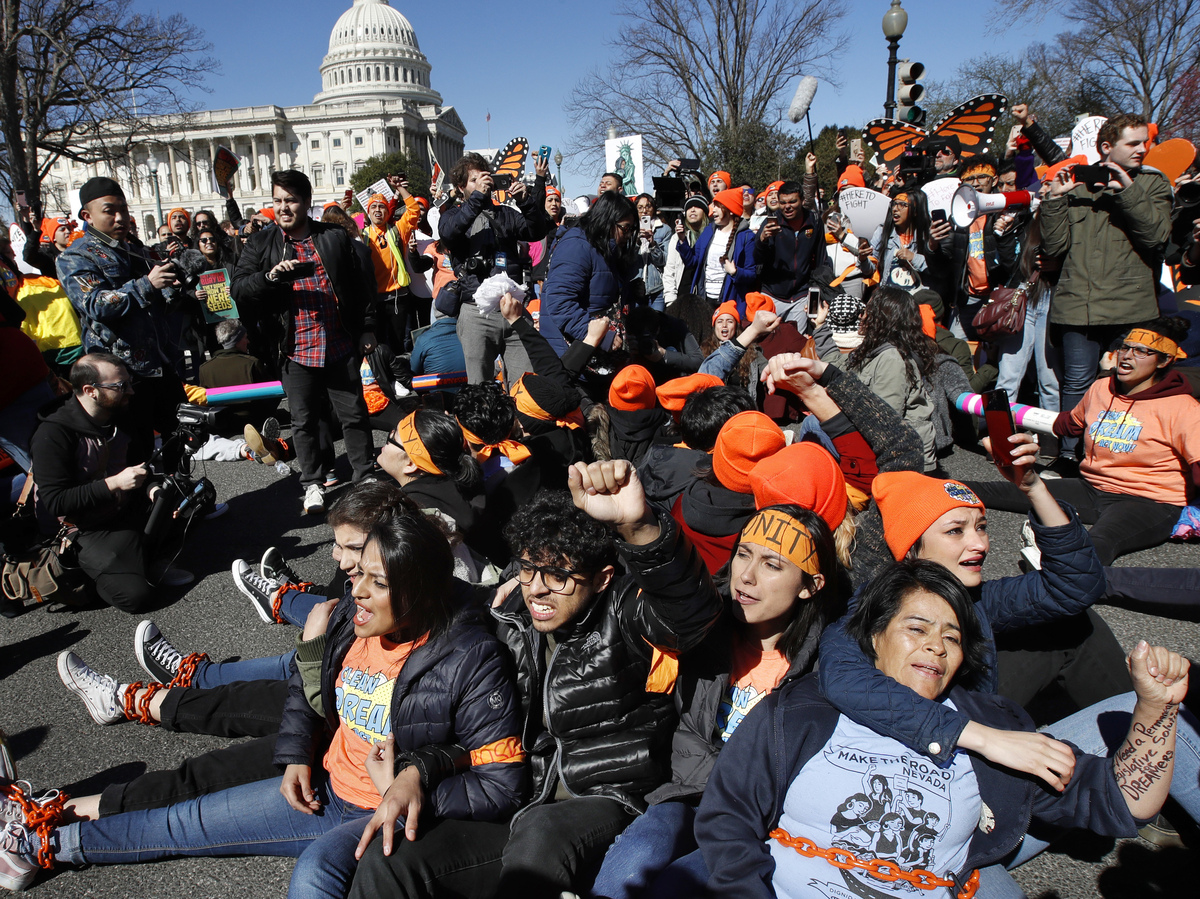 Supporters of the Deferred Action for Childhood Arrivals (DACA) program, participate in civil disobedience in March 2018 on Capitol Hill in Washington.

Texas and six other states have filed a lawsuit against the Trump administration seeking to force it to end the Obama-era program protecting about 700 young immigrants from deportation.

The lawsuit was filed by Texas Attorney General Ken Paxton in a federal court in Brownsville. It argues that President Obama, back in 2012, exceeded his authority when he created the program called Deferred Action for Childhood Arrivals, or DACA. That program allows immigrants to stay and work in the U.S. who brought here illegally as children as of 2012. DACA recipients are also known as “Dreamers.”

“Our lawsuit is about the rule of law, not the wisdom of any particular immigration policy,” Attorney General Paxton said in a statement. “Texas has argued for years that the federal executive branch lacks the power to unilaterally grant unlawfully present aliens lawful presence and work authorization. Left intact, DACA sets a dangerous precedent by giving the executive branch sweeping authority to ignore the laws enacted by Congress and change our nation’s immigration laws to suit a president’s own policy preferences.”

In September 2017, President Trump announced that he would end DACA in March 2018, but three federal courts have blocked him. Now Texas, Alabama, Arkansas, Louisiana, Nebraska, South Carolina, and West Virginia, are asking the court to phase out DACA within two years. The lawsuit contends:

As the Washington Post reports, a decision in support of the Texas lawsuit could set up conflicting federal court rulings and force the Supreme Court to intervene.

Supporters of DACA blasted the suit.

“Today’s filing by seven retrograde states comes nearly six years after DACA was introduced and many weeks after three other federal courts began to order that the DACA initiative continue despite Donald Trump’s attempt to end it,” said Thomas Saenz, president and general counsel of the Mexican American Legal Defense and Educational Fund, or MALDEF.

“With a federal attorney general who erroneously and precipitously advised Trump that DACA is unlawful, today’s lawsuit is plainly collusive between two attorneys general each egregiously ignorant of the law,” he added.