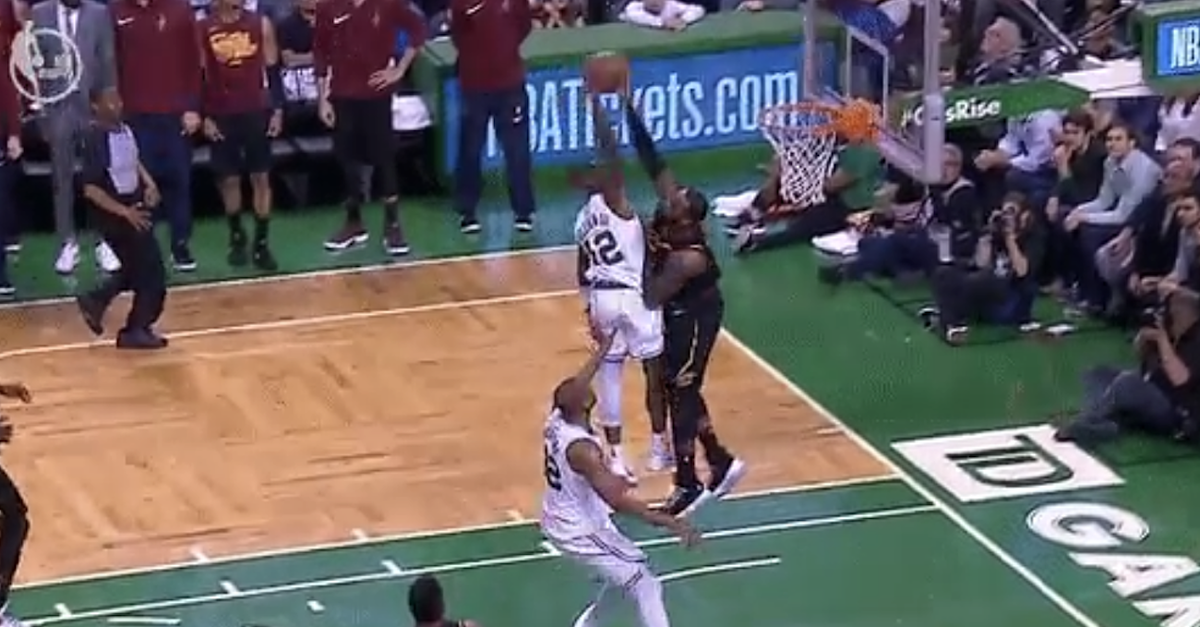 Rozier wasted no time thinking about next season.

Aside from delivering one of the most spectacular performances of his career on Sunday to help the Cavaliers advance to the NBA Finals, LeBron James also produced a jaw-dropping block on Celtics guard Terry Rozier, who attempted to throw one down over the King.

James rose up high to meet Rozier at the rim and then proceeded to stand and stare at the Celtics’ end of the court.

Rozier proved to be a good sport about it, however, admitting that James blocked him a lot this season.

Rozier made a name for himself during the Playoffs and earned the nickname, “Scary Terry.” However, he shot 0-10 from three point land in Game 7 as the Celtics were eliminated.

With the return of All-Star Kyrie Irving next year, Rozier may be relegated to a bench role with the C’s or could be traded altogether.

Regardless, you can be sure his confidence will never waver.