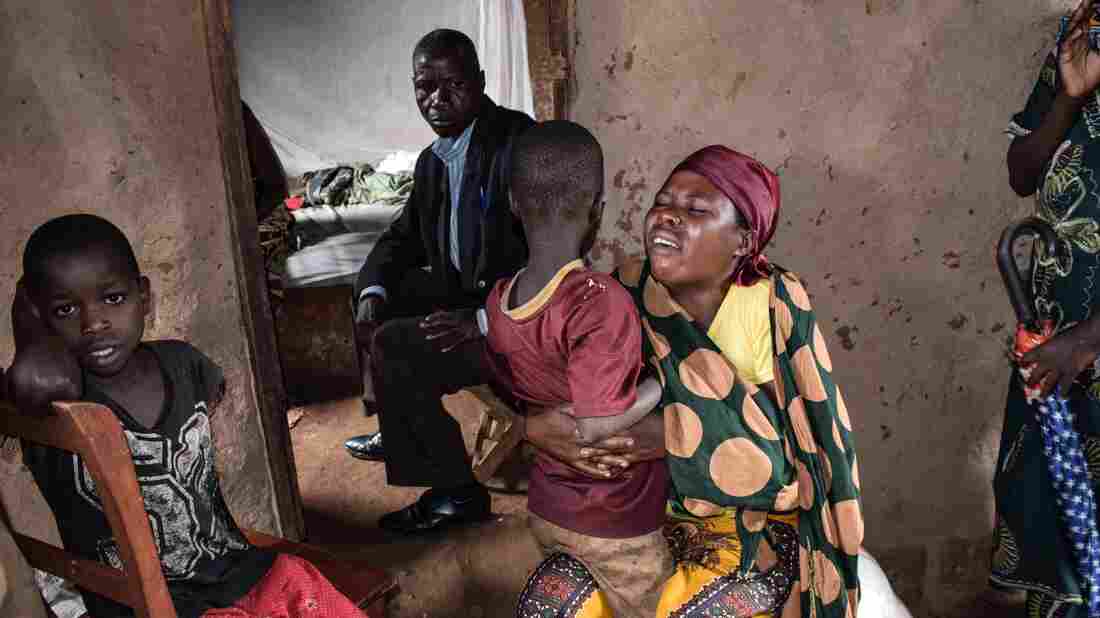 Family members of victims killed by an armed group mourn in the village of Ruhagarika on Saturday, where 26 people were killed, in northwestern Burundi. Stringer/AFP/Getty Images hide caption 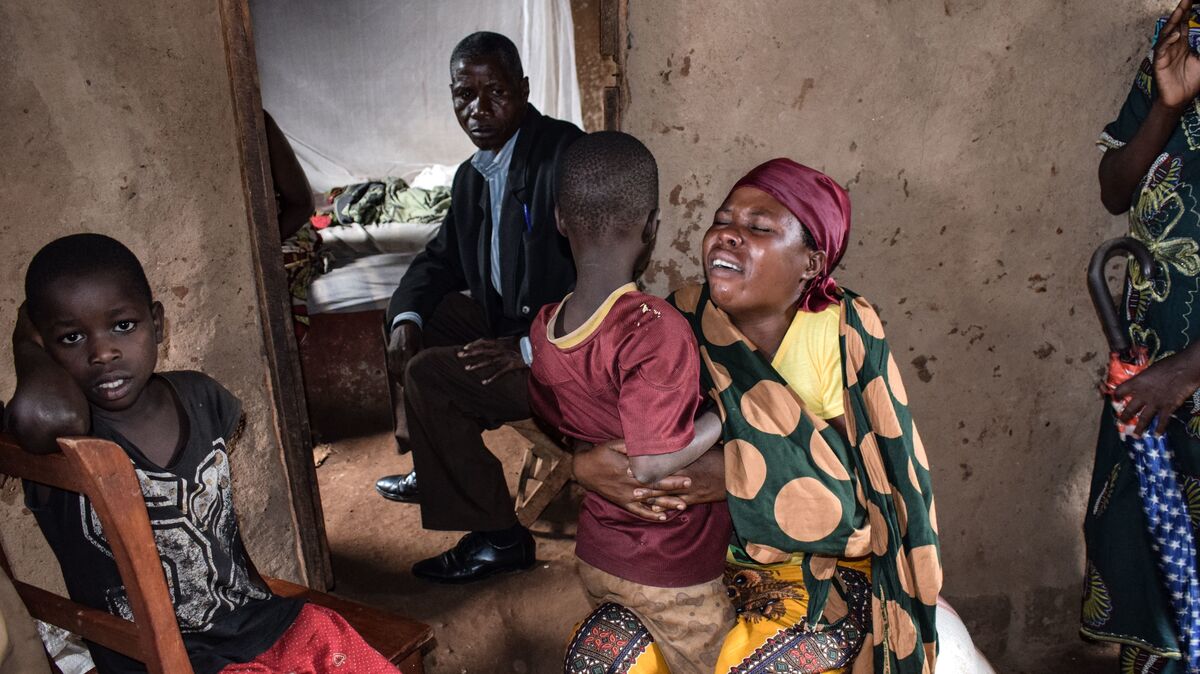 Family members of victims killed by an armed group mourn in the village of Ruhagarika on Saturday, where 26 people were killed, in northwestern Burundi.

Twenty-six people were killed and seven wounded in a village in rural Burundi late Friday, according to Burundi’s security minister.

Security Minister Alain Guillaume Bunyoni said a “terrorist group” was responsible but he did not name the group, according to The Associated Press. The attack took place in the village of Ruhagarika in Cibitoke province, located in the northwest of the small East African country.

The attackers came over the border from the nearby Democratic Republic of the Congo, Bunyoni said, and returned there after the attack, according to Al-Jazeera.

The AP quoted a survivor, who said attackers came around 10 p.m. and ” ‘attacked households and set fire on houses.’ Some victims were hacked with machetes and others were shot or burned alive,” the AP says she said.

The AP talked with more survivors:

” ‘These killers attacked my family and I am very angry,’ said another survivor, Pascal Hakizimana. ‘My family is dead and to make matters worse, the army did nothing to save them even when they were not far from here.’

“A police officer, who spoke on condition of anonymity because he was not authorized to speak to a reporter, said four of the families targeted were headed by people he called ‘police agents.’ “

An unnamed local official told Agence France-Presse, “Some of the victims were stabbed, others were shot, there is even a whole family that was burned alive in their home,” according to Al-Jazeera.

The country is preparing for a referendum in a few days which could extend the term of Burundi’s President Pierre Nkurunziza, who has led the country since 2005, until 2034.

The BBC says the attack could be related to the referendum:

“It is not known who carried out the attacks, but some are blaming exiled opposition groups who are based outside Burundi and have vowed to disrupt the 17 May referendum.

“Critics say a cult of personality is developing around Mr Nkurunziza, a former Hutu rebel leader who was the first president to be chosen in democratic elections since the start of Burundi’s civil war in 1994.

“A ‘yes’ vote in the referendum would allow him to stand for a further two seven-year terms from 2020.

Human Rights Watch blamed Burundi’s government for a “political and human rights crisis” starting in 2015. In its 2018 report, the rights group said:

“Government forces targeted real and perceived opponents with near total impunity. Security forces and intelligence services—often collaborating with members of the ruling party’s youth league, known as the Imbonerakure—were responsible for numerous killings, disappearances, abductions, acts of torture, rapes, and arbitrary arrests. Unknown assailants carried out grenade and other attacks, killing or injuring many people.”