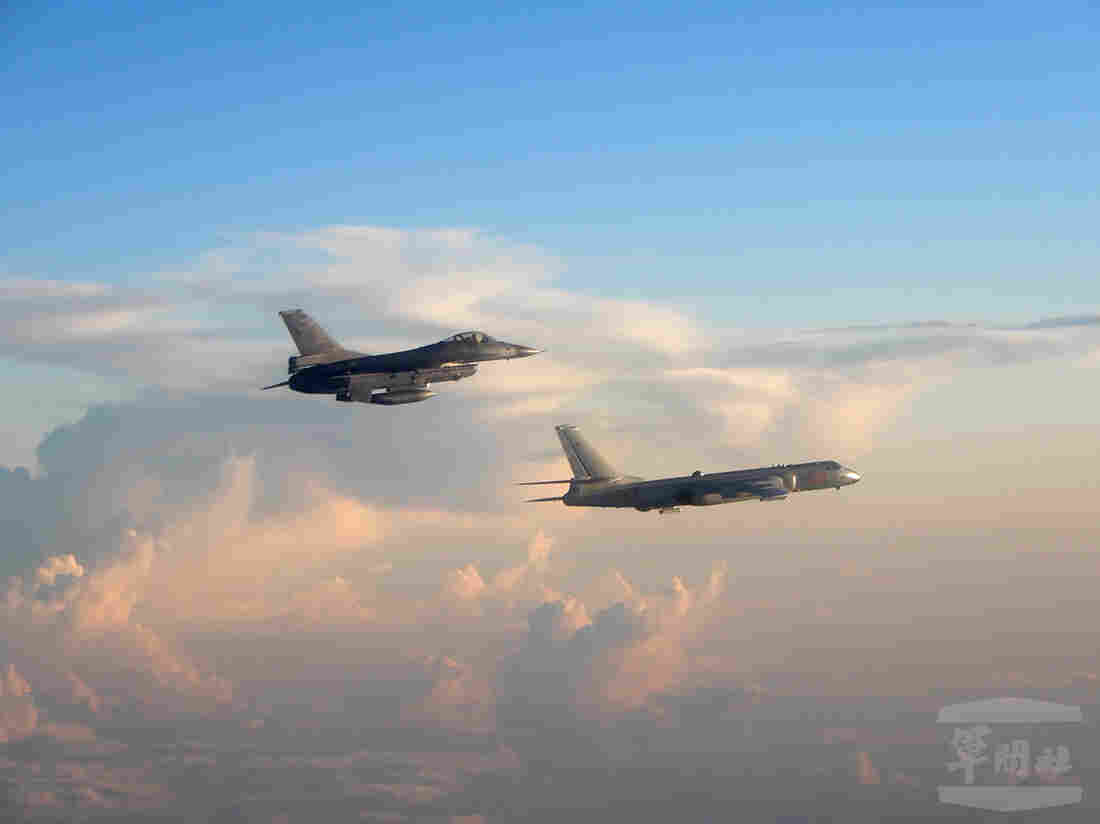 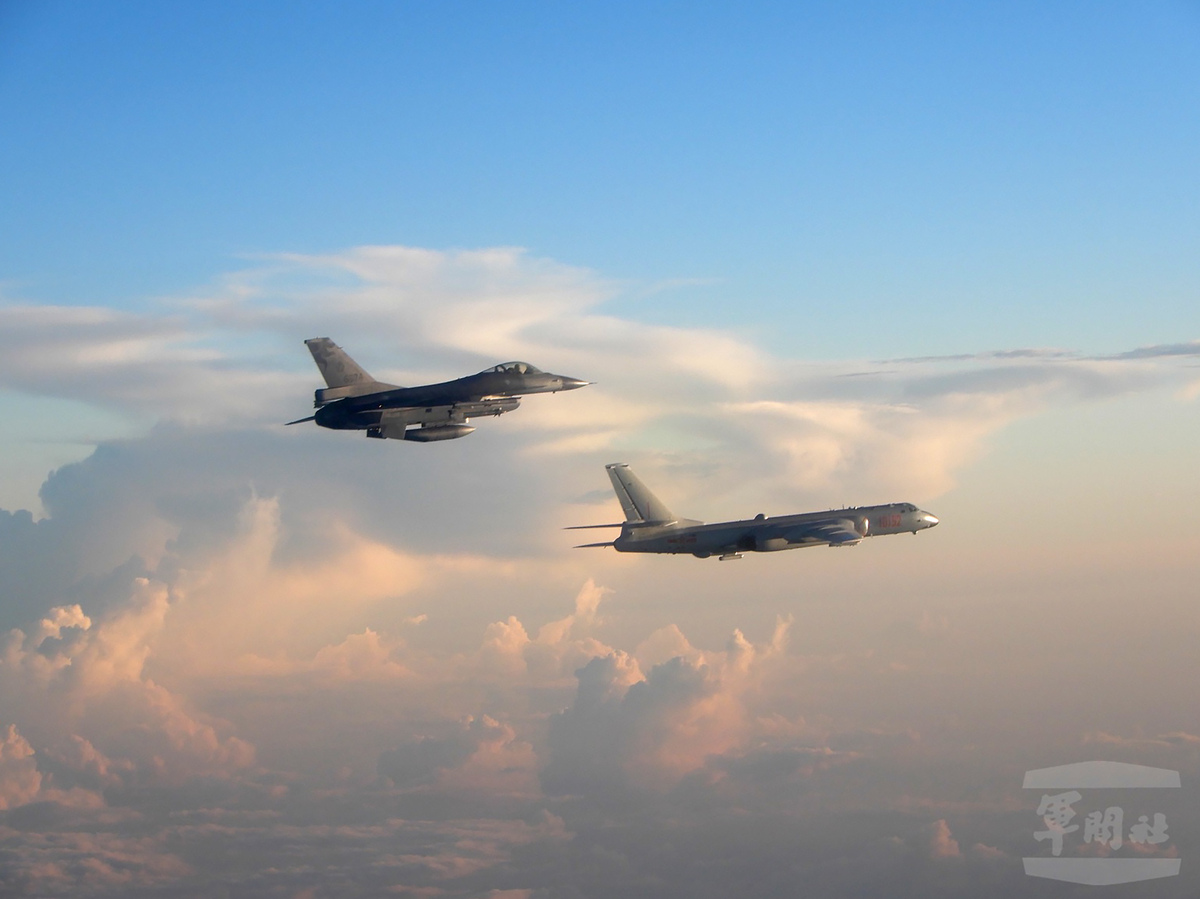 In this photo taken and released Friday by the Taiwan Ministry of National Defense, a Taiwanese Air Force fighter aircraft (left) flies near a Chinese People’s Liberation Army Air Force bomber. Taiwan’s President Tsai Ing-wen said this week that the island will step up security to respond to military threats from China. The watermark says “Military News Agency.”

It’s not easy being in charge of foreign relations of a country most of the world refuses to recognize.

Taiwan lost another ally on Thursday. The West African country Burkina Faso became the latest country to cut ties with the island. After the Dominican Republic, that’s two in less than one month. And like other countries, including the United States, that for decades have broken diplomatic relations with Taiwan, they did so for one reason: to please China.

The Chinese government refuses to maintain diplomatic relations with any nation that recognizes Taiwan and has long pressured countries to sever ties with the island. 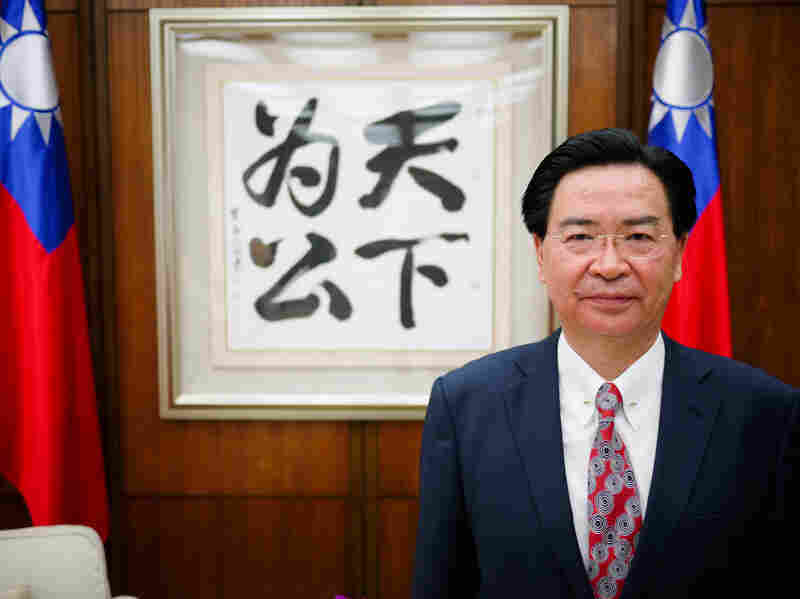 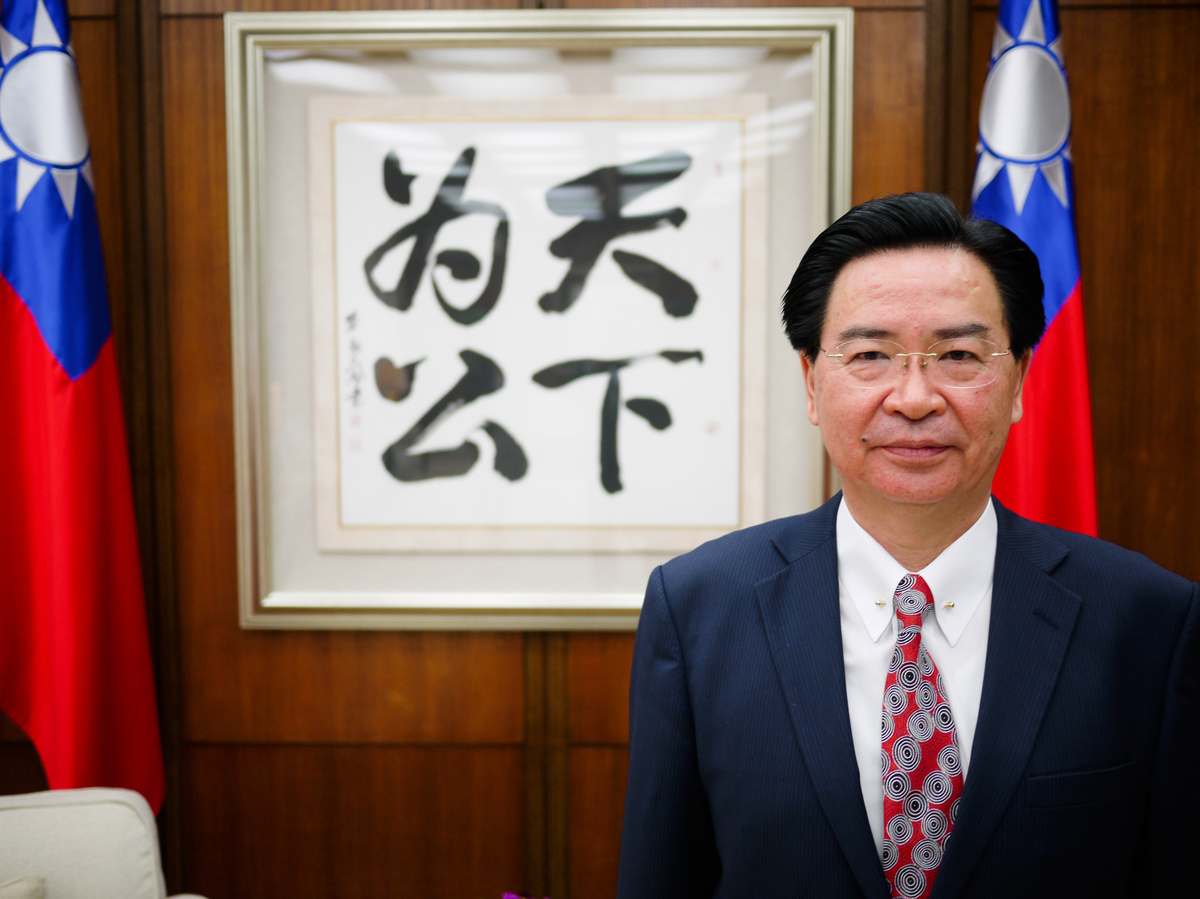 “When we look at the rest of the world, every other country has the right to enter into diplomatic relations with other countries,” Wu says in an NPR interview. “They have every right to participate in international activities or international organizations. But Taiwan is in a situation that it is being blocked by China to do all those things.”

Despite the fact that Taiwan has its own democratically elected government, its own military and its own flag, the Chinese government regards the island as a renegade province that belongs to China. Today, fewer than 20 countries have formal ties with the island, down from about 30 in the 1990s.

Yet while China has long used diplomatic and commercial might to isolate Taiwan, it has also recently displayed its military strategy. Last month, China conducted a live-fire drill in the Taiwan Strait for the first time in two years. That was soon followed by bombers, surveillance aircraft, and fighter jets from China’s air force that have been circling Taiwan on a semiregular basis in recent weeks.

China’s Taiwan Affairs Office spokesman Ma Xiaoguang was quoted by the Global Times tabloid as saying the purpose of the drills was “to reaffirm that we have strong determination, confidence and capability to destroy any type of ‘Taiwan independence’ scheme in order to safeguard the country’s sovereignty and territorial integrity.”

But military experts offer different takes on what it may mean: some view the drills as routine exercises, but others say this could be a glimpse of future plans for invasion.

Taiwan’s President Tsai Ing-wen was angered by China’s latest moves, including its poaching of Burkina Faso, one of Taiwan’s last allies in Africa and the fourth country to ditch Taiwan since the president took office in 2016.

On Friday, Taiwan’s Defense Ministry said it dispatched fighter jets to shadow Chinese bombers carrying out a drill around Taiwan.

“The things that I was seeing in the classified world and the things that I saw in my job all indicated that timelines had been given to the People’s Liberation Army to be prepared to have the capacity to take Taiwan by military force if need be starting in 2020,” says Fanell.

Beijing’s goal is to ensure Taiwan is unified with China by 2049, the centennial of what the Communist Party calls its liberation of China, Fanell says.

“They prefer not to use force,” he says, “but they’ve also planned to use force and they bought and purchased and developed military capability to use just in case the nonviolent means doesn’t work.”

Fanell, who is now a fellow at the Geneva Centre for Security Policy, believes China will try to take Taiwan peacefully over the next decade using economic incentives and pressure. If that doesn’t work, he believes a military invasion is likely by 2030.

“If you can mentally take pictures of what we’ve seen in Syria in recent weeks, with towns destroyed by missile strikes, think about that in a place like Taipei,” Fanell says of a potential Chinese attack on Taiwan’s capital city. 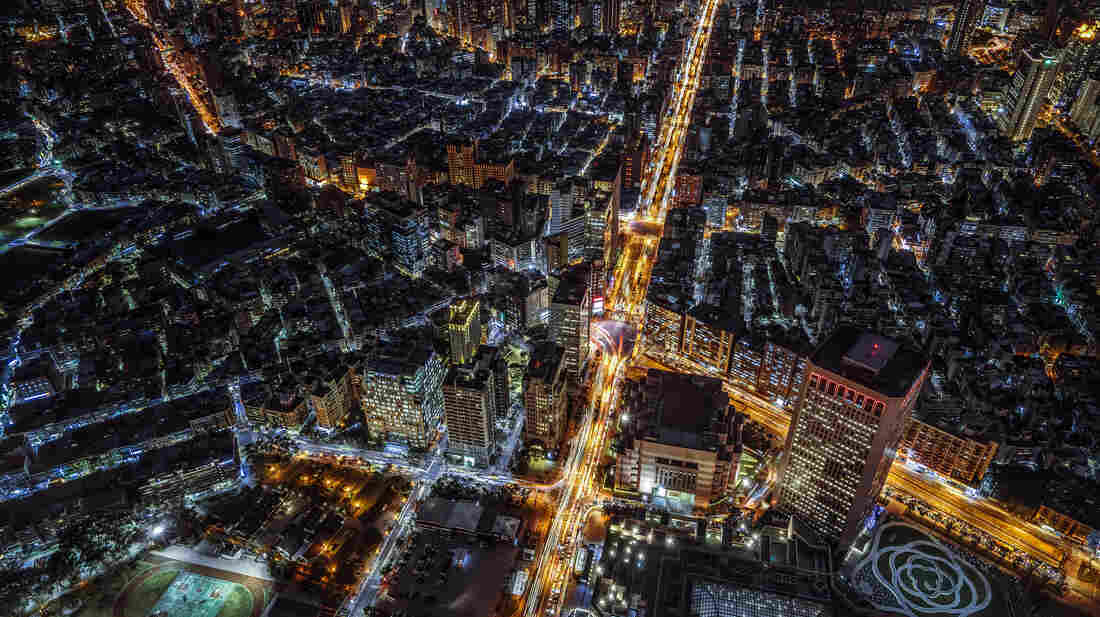 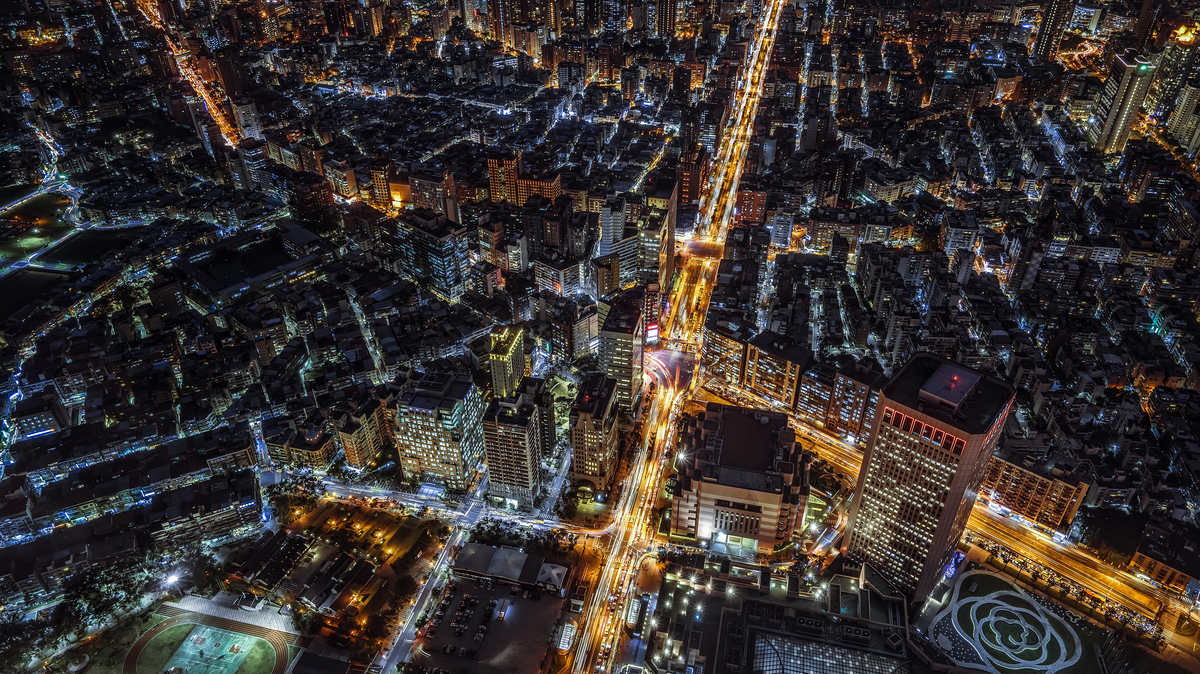 But Taiwan’s former Deputy Defense Minister Chong-pin Lin disagrees that China would launch such an aggressive military attack of Taiwan. “If Beijing really wants to use military options, it would be a war of paralysis,” says Lin.

If it attacks Taiwan at all, Lin predicts Beijing would more likely use electromagnetic pulse weaponry — much of it currently believed to be in a prototype stage in China — that emits bursts that disrupt computers, Internet signals and radio communications.

Yet Lin questions the need for Beijing to take Taiwan in this manner. China’s leaders would prefer to use diplomacy, psychological warfare and economic influence to gradually unify Taiwan with mainland China, he says. 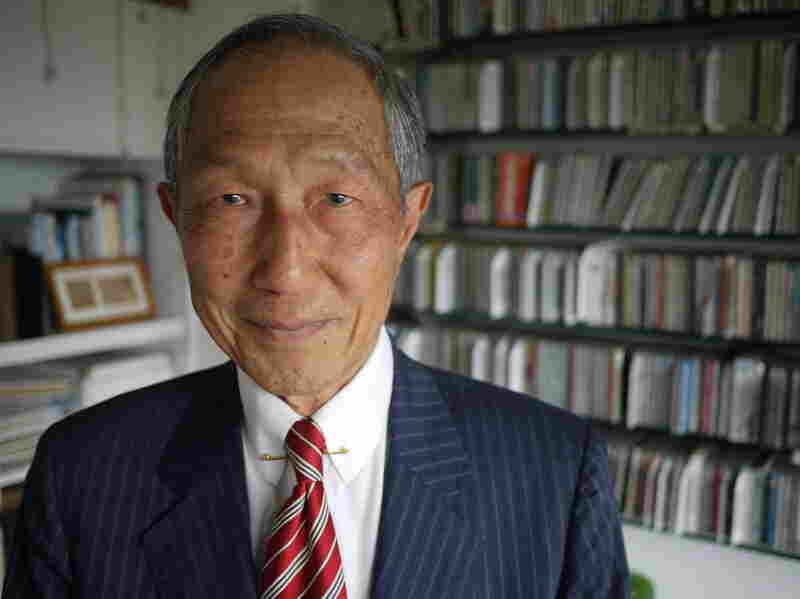 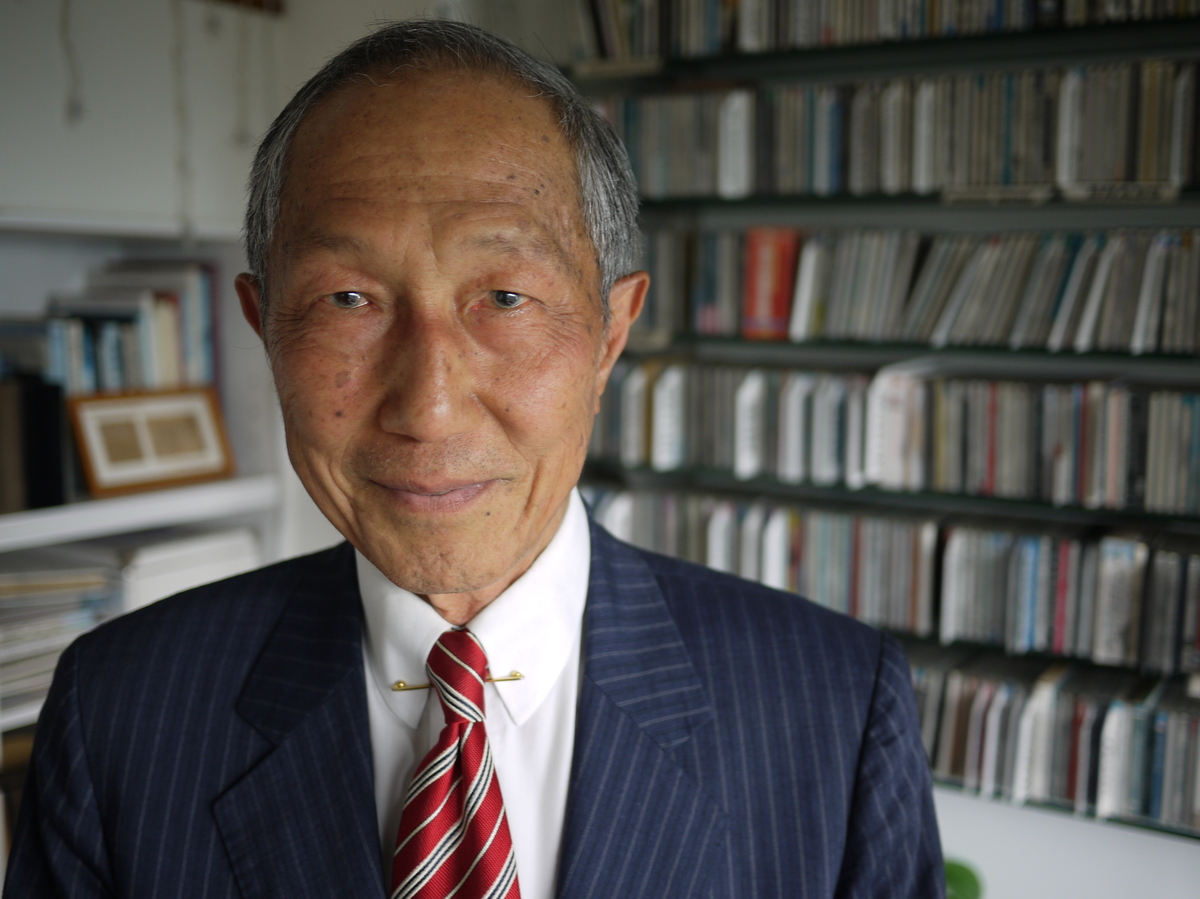 In a speech in March, Chinese leader Xi Jinping said it is the “shared aspiration of all Chinese people” to realize China’s complete reunification, threatening those who tried to stand in the way with the “punishment of history.”

But it was what happened right before this speech — the elimination of presidential term limits for Xi — that gives Taiwanese Foreign Minister Wu a clue that invading Taiwan may not be high on the leader’s agenda. “What we see is that Xi Jinping seems to be accumulating more and more power for himself,” Wu observes, “and it reflects just one thing: that is that he doesn’t have enough sense of security.”

Wu thinks Xi’s power grab shows a leader who is not confident with his control over China’s own problems — issues that will distract him from Taiwan. But Wen-Cheng Lin, a former senior adviser to Taiwan’s National Security Council, says China is using other ways to pressure Taiwan. “China wants to drain Taiwan’s finances and talent,” he says. “Taiwanese companies are allowed to be listed in the mainland. Young Taiwanese talent is encouraged and incentivized to work in the mainland.”

And China’s government has put restrictions on mainland tourists going to Taiwan to put the squeeze on the island, too.

At Taipei’s popular Palace Museum, a tour guide who only gives her surname, Lai, for fear of retribution for criticizing her government, says Taiwan’s tourism industry has tanked since China began putting economic pressure on the island.

“Our government has been asking us to learn Thai and Vietnamese to cater to Southeast Asian tourists instead! But these tourists can’t boost our economy.”

Nobody, says Lai, can impact Taiwan’s economy like China can.