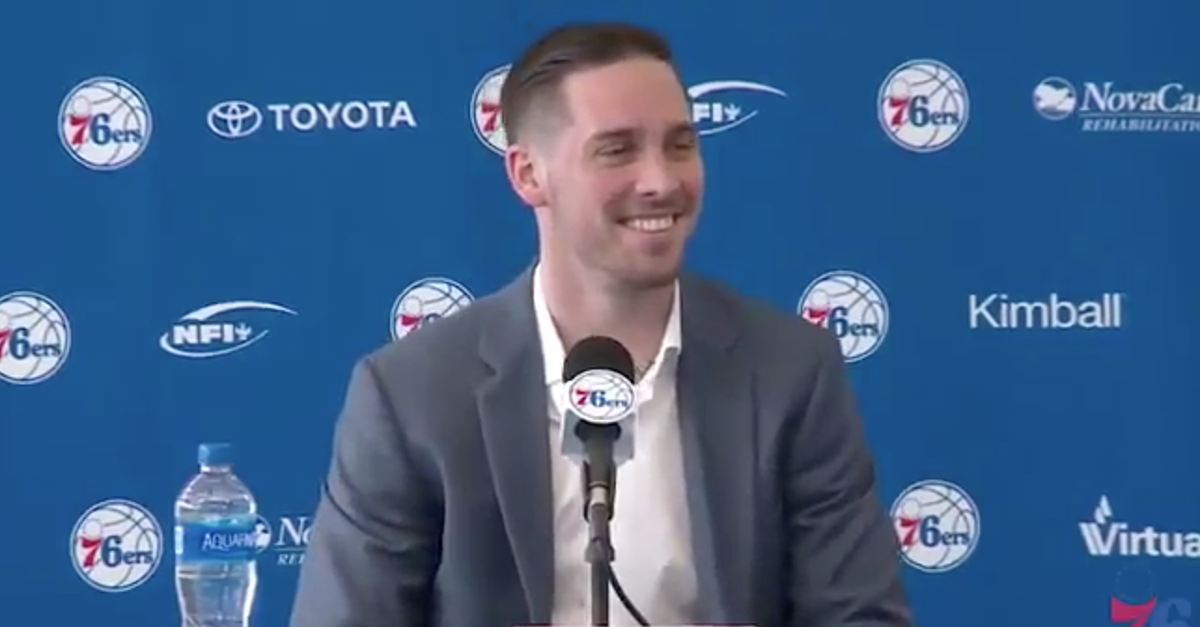 Everyone has those moments when they’re just not feeling inspired to put on nice clothes in the morning. Maybe the weather is bad, or you’ve had a long night. Or maybe you’ve lost a tightly contested game against the Celtics to end your season.

That was the case for Sixers guard T.J. McConnell, but he decided to show up to his exit interview Thursday in a suit. And just any suit—it was the suit he wore when he got married.

A reporter made the astute observation that most other players opted to wear sweats or shorts, but not McConnell. Why?

“Just trying to be professional,” McConnell explained. “I see the word ‘interview’ and I don’t think I’d ever go into an interview with sweatpants on or shorts. That was my mindset, so I put my wedding suit on and came in and tried to impress [general manager] Bryan [Colangelo] and [head coach] Brett [Brown].”

McConnell has an incentive to impress those guys, too. He has a team option for next year worth $1.6 million. I’d wear a suit in that case, too.