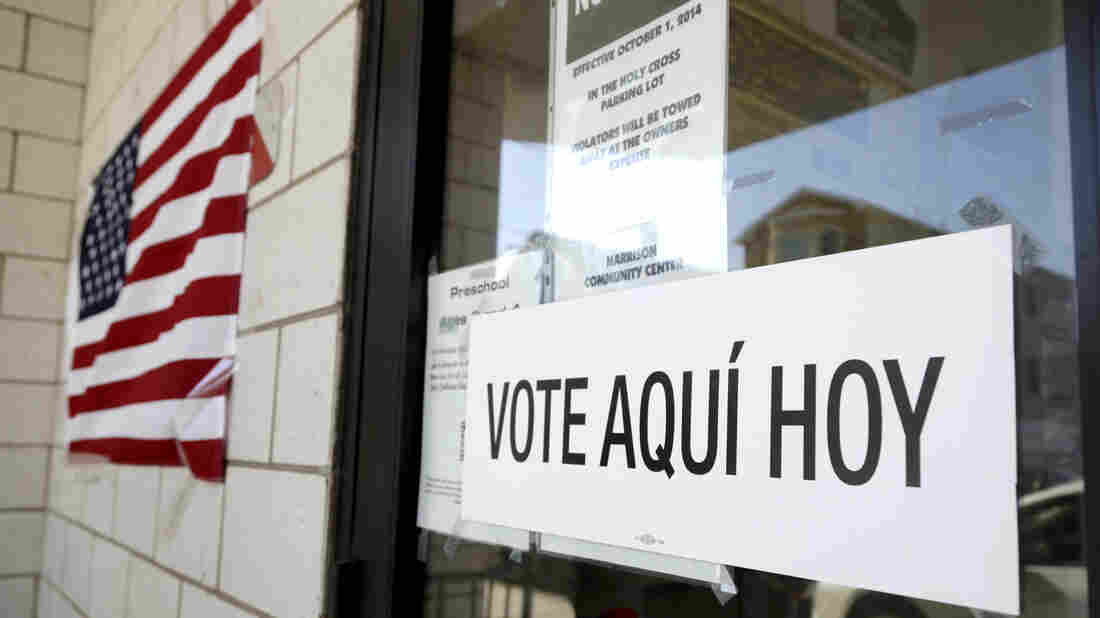 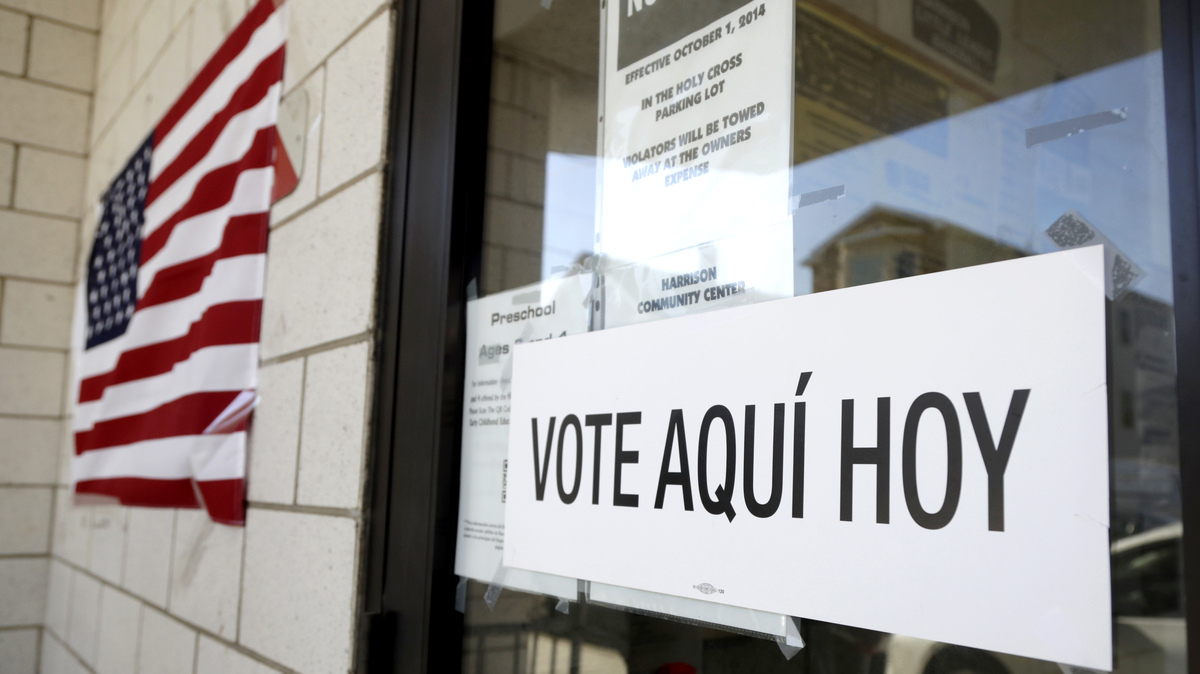 A sign announces a polling place in Spanish outside of the Harrison Community Center during New Jersey’s primary election June 5.

The U.S. Supreme Court, in an extremely narrow opinion, on Thursday struck down Minnesota’s law that bars voters inside a polling place from wearing political badges, buttons and other insignia.

The court said that while the law serves a permissible objective, the line that the state drew in interpreting the word political was so broad as to be unreasonable. The court’s 7-2 vote, however, strongly upheld the notion that a polling place can be regulated by a state to protect voters in the “weighty civic act of casting a ballot.”

While every state in the country has a law similar to Minnesota, Minnesota’s is the strictest in how it was interpreted by state officials, and the court said state officials’ interpretation simply went too far.

“The unmoored use of the term ‘political’ in the Minnesota law, combined with haphazard interpretations the State has provided in official guidance and representations to this Court, cause Minnesota’s restriction to fail this test” of reasonableness, the court wrote.

In barring anyone from wearing a button or shirt that takes a position on an issue, the state creates “riddles” that even its own top lawyers could not explain. Under the state’s standard, officials at polling places could ban shirts that advertise the AARP, the World Wildlife Fund and Ben & Jerry’s, for example, all of which take positions on issues.

Writing for the court, Chief Justice John Roberts said the constitution does not require perfection in setting up standards to ban campaign-related apparel at polling places, but it does require workable standards.

Importantly, the court strongly suggested that no-campaigning buffer zones around polling places are constitutional and that the laws in most states that ban political apparel are similarly constitutional.

Justices Sonia Sotomayor and Stephen Breyer dissented, but not on substantive grounds. Rather, they said the court should have sent the case back to the Minnesota Supreme Court to see if the state could construe the law more narrowly.

Andrew Cilek wore a Tea Party T-shirt and a “Please I.D. Me” button to vote into a Minnesota polling place. He was asked to cover up the T-shirt and take off the button.

After leaving the polling place twice without voting, he came back with his lawyer and was allowed to vote. But his name and address were taken down, because the law provides for up to a $300 fine for violating the ban on political apparel. The state, however, claims the fine has never been levied.

Cilek and the Minnesota Voters Alliance sued, claiming his constitutional free-speech rights had been violated.

Not so long ago, election days looked nothing like they do now

There were no quiet lines of people waiting to vote in curtained-off booths. Instead, election days were raucous, confusing, even violent affairs.

Voters then, as now, often were split into battling ethnic and ideological tribes, except that back then, the battles outside and inside polling places were often physical — coats were torn from people’s backs, ballots snatched from their hands, voters were threatened, and in factory towns, managers often stood at the polling-place door to make sure that employees voted the “right way.”

In the late 1800’s, states began enacting laws to protect voters from harassment and intimidation. Soon, every state had laws that banned electioneering outside polling places, and eventually, most states adopted even stricter laws inside polling places.