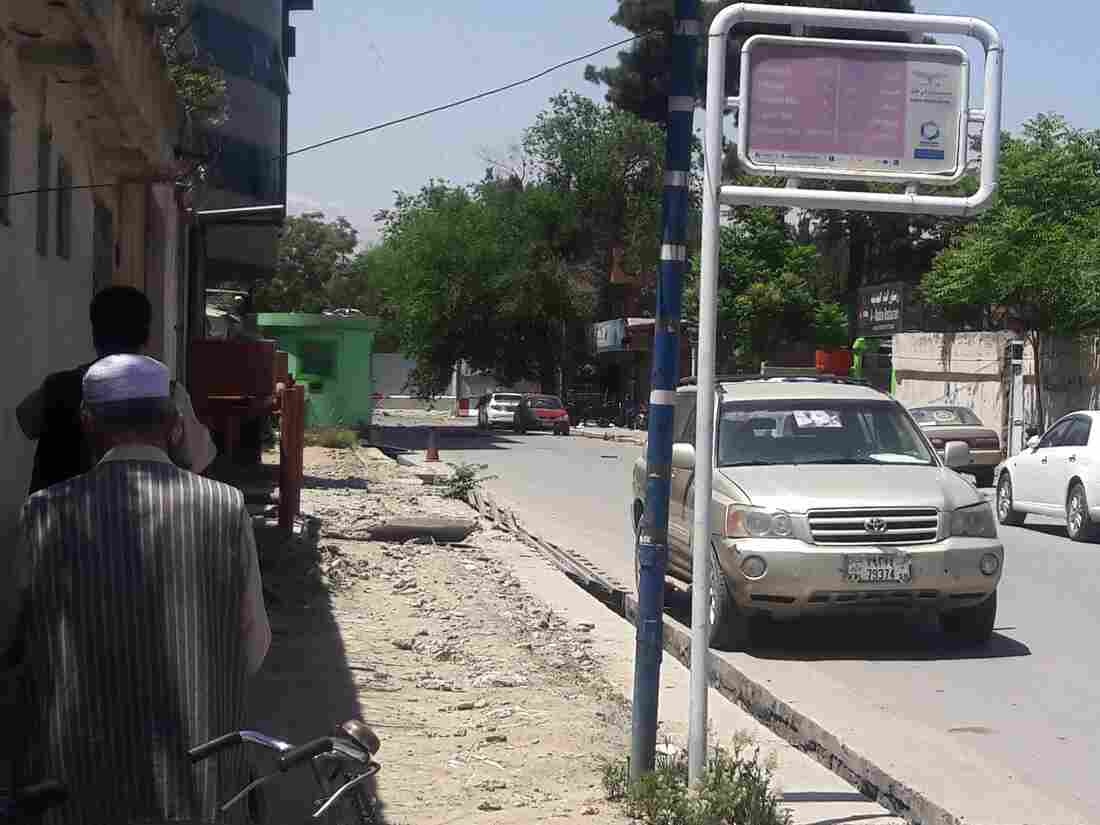 Afghan residents look on near the site of a blast in the Shahr-e-Naw area in Kabul on Wednesday. Usman Sharifi/AFP/Getty Images hide caption 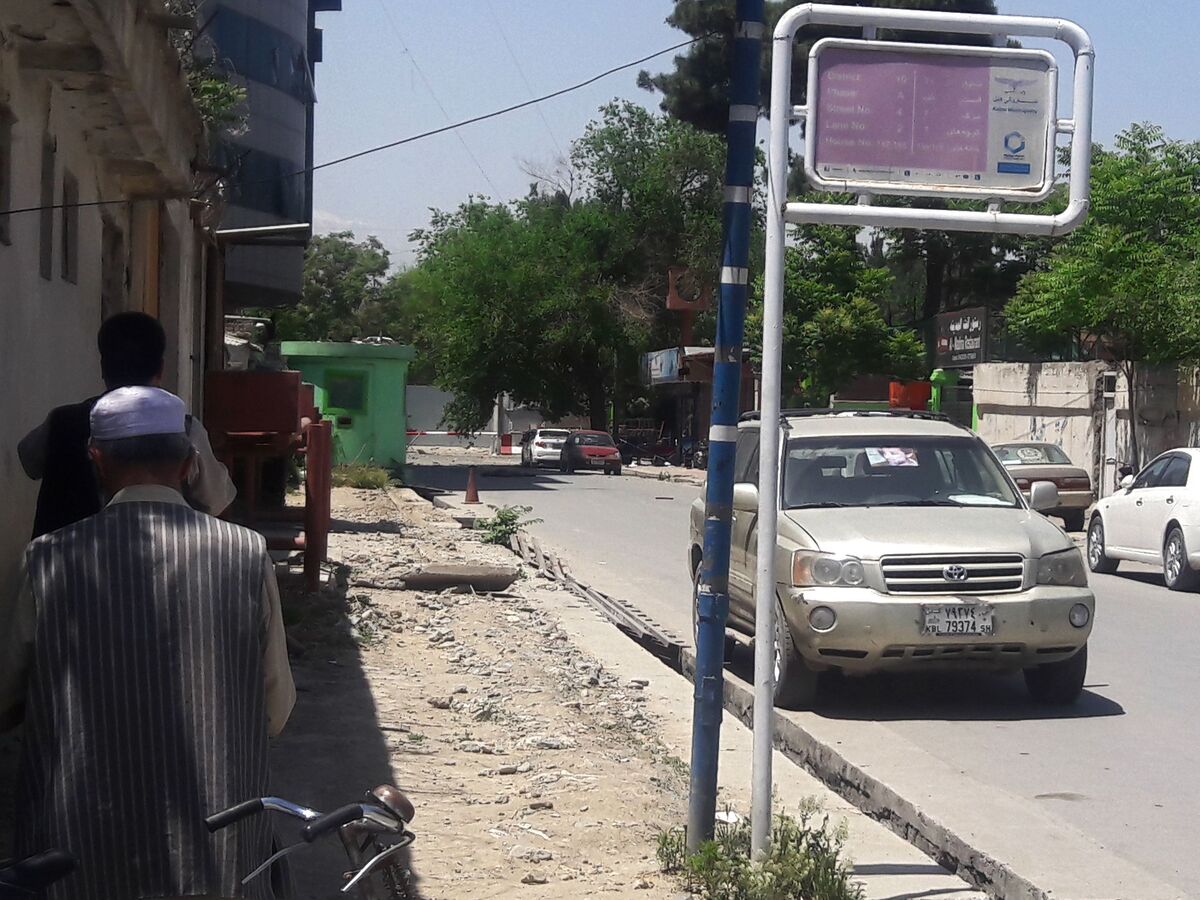 Afghan residents look on near the site of a blast in the Shahr-e-Naw area in Kabul on Wednesday.

Kabul is in lockdown after multiple explosions rocked the Afghan capital on Wednesday, including two apparent suicide bomb attacks on police stations.

The Interior Ministry confirmed to Reuters that suicide bombers attacked a police station in Shar-e-Naw in central Kabul — an area near foreign embassies and government offices.

Najib Danish, a spokesman for the ministry, said sporadic gunfire was exchanged at the site as part of a “cleanup operation.”

The first explosion occurred around noon local time near a police station in western Kabul’s Dasht-e-Barchi district, an area that is home to many people belonging to the mainly Shia Hazara community, said police spokesman Hashmat Stanekzai.

One journalist shared a gruesome image on a WhatsApp reporters group showing what appeared to be a suicide bomber who had detonated his explosives, but only killed himself.

Reporters said they heard ambulances rushing toward the targeted police stations, but it was unclear how many casualties resulted from the attacks.

No one immediately claimed responsibility, but the sectarian nature of Dasht-e-Barchi attack suggests that the Islamic State might have carried it out, as the group sees Shias as heretics worthy of death.

Afghanistan has seen an upsurge in suicide bombings in recent months – many claimed by the Islamic State and the Taliban.

The most recent blasts come just nine days after a series of attacks in Afghanistan killed more than 30 people, including 10 journalists.

Also in April, a suicide bomber hit a voting center in the capital, killing at least 57 people. The Islamic State claimed responsibility for that attack.

In another attack in March, IS claimed responsibility for a suicide bomb attack on a police checkpoint in Kabul that killed nine people wounded 18.

The Associated Press on Wednesday quotes officials as saying the Taliban advanced on a district compound in Faryab province, with one reporting that its fighters had captured the region, while another said fighting was ongoing.

“The Taliban have captured several districts in different parts of the country from Afghan security forces since 2014, when the U.S. and NATO formally concluded their combat mission and shifted to a supporting role,” the AP says.