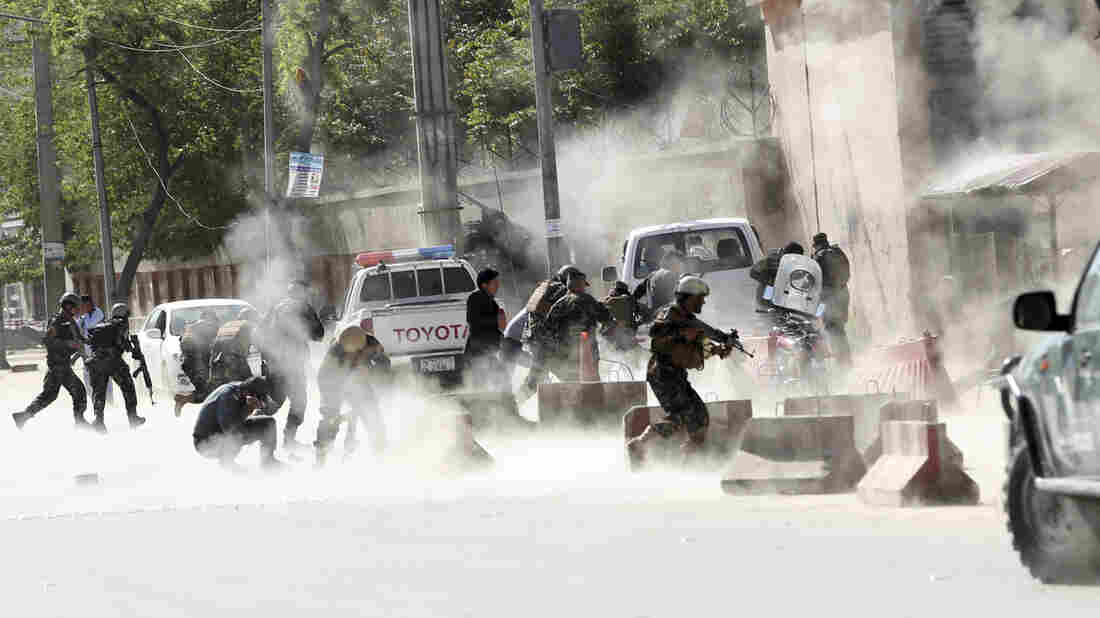 Security forces run from the site of a suicide attack after a second bombing in Kabul, Afghanistan, on Monday. Massoud Hossaini/AP hide caption 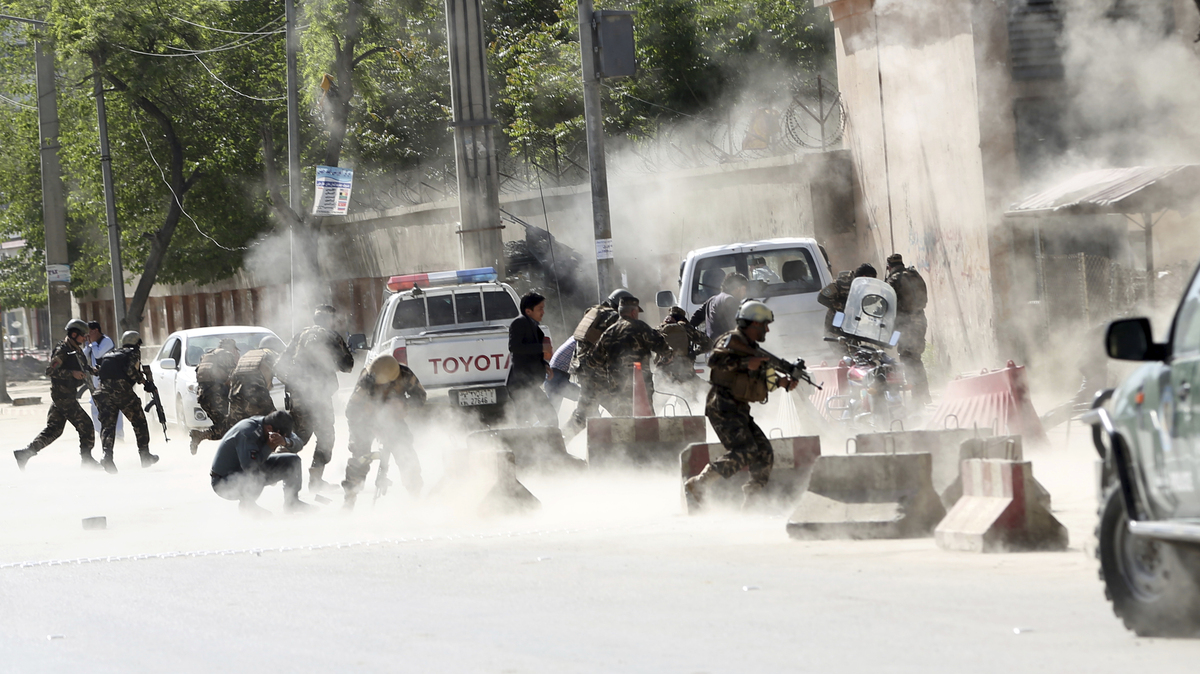 Security forces run from the site of a suicide attack after a second bombing in Kabul, Afghanistan, on Monday.

The first explosion occurred when a suicide bomber riding a motorbike detonated outside the headquarters of Afghanistan’s National Directorate of Security. When reporters rushed to the scene to cover that explosion, a second suicide bomber on foot struck, suggesting that journalists may have been among the intended targets.

If so, it was one of the worst attacks against journalists in Afghanistan’s decades-long conflict, Najib Sharifi, director of the Afghan Journalist Safety Committee, said.

Kabul police spokesman Hashmat Stanekzai confirmed the casualty figures and said that four policemen were also among the dead.

Islamic State claimed responsibility for the attack via its news agency. The group said it was targeting the intelligence headquarters.

Shah Marai, a photographer for Agence France Press (AFP), was among those killed. Sharifi, the director of the journalist group, said at least seven of journalists lost their lives.

Images from the scene showed men lying on the ground, their cameras flung amid pools of blood. Following the attack, colleagues of the slain and wounded reporters posted images of their friends on social media.

Another Afghan journalist, Anees Ur Rehman, said he was speechless. “Sorry, I don’t have any words to express my feelings,” he said. Journalists in Afghanistan, he said, were “family.”

Ur Rehman said other reporters on the scene described the second bomber as being disguised as a journalist.

“They adopt behaviour of journalist,” he said. He said his friends – fellow reporters – told him the explosives were concealed inside a video camera. “This is a very big threat,” he said. They are adopting “new things” – new methods — of killing people, he said.

Sharifi said he had heard a similar claim, but could not confirm it.

Afghanistan is one of the world’s deadliest countries for journalists – but it also enjoys a vibrant, critical press. Sharifi described Afghanistan’s press freedom as “one of the biggest achievements of the government.”

“It will definitely [meant to] push them away from covering such incidents, and [to] compel journalists to stop practicing journalism,” he said.

“I really admire the courage,” he said. “Despite all odds they have continued following this difficult journey.”

Earlier this month, a suicide bombing at a voter registration center in Kabul killed more than 50 people.