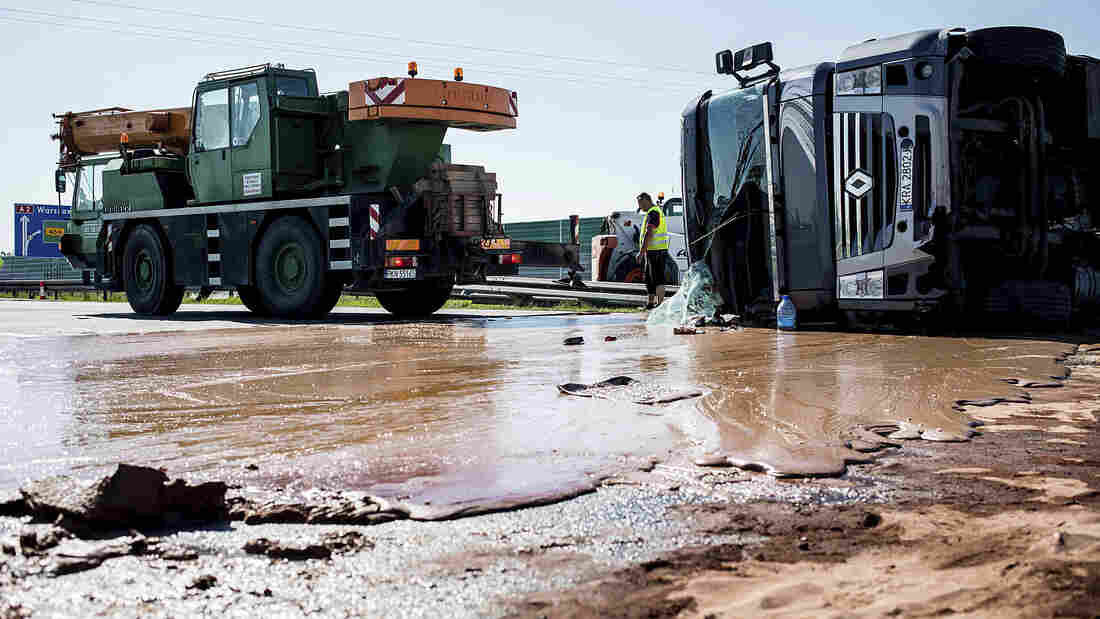 An overturned tanker full of chocolate spills its goods across a highway outside Slupca, Poland. AP hide caption 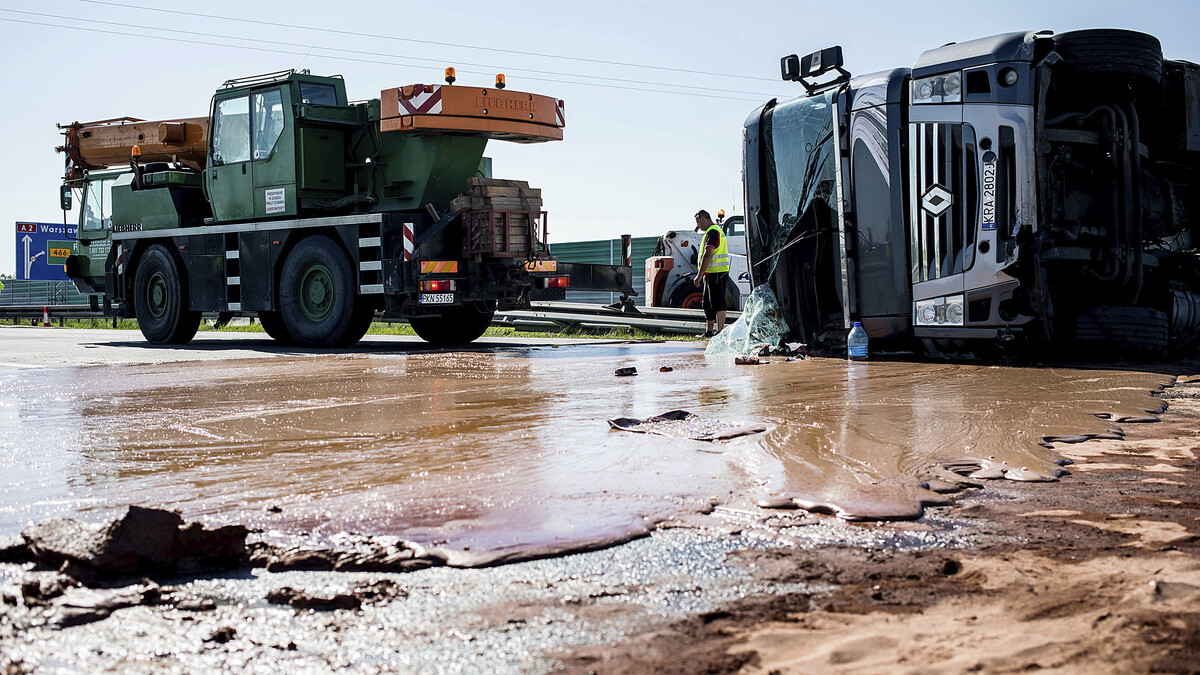 An overturned tanker full of chocolate spills its goods across a highway outside Slupca, Poland.

The sight of traffic stacking up on a weekday had to be a familiar one for the commuters and road-trippers plying Poland’s major A2 highway on Wednesday. But as the minutes whipped by while the cars sat still, it had to dawn on them that something was different this time: This was no vanilla traffic jam.

And they were right. It was a chocolate one.

A tanker carrying at least a dozen tons of liquid chocolate flipped onto a highway median near Slupca, in western Poland. The driver survived, emerging with minor injuries and then being taken for treatment at a hospital. But the tanker’s contents spilled across multiple lanes on both sides of the roadway, clogging the major artery with sugar.

As anyone acquainted with Willy Wonka probably suspected, this dreamlike river of chocolate grew rather complicated rather quickly for first responders.

Just take a gander at this footage shot by local media … and try not to shudder when, about halfway through, you hear the sucking sounds the boots of the cleanup crew make when tramping through that thick layer of chocolatey muck.

“Removing the chocolate will take a couple of hours. The chocolate congeals on the pavement, and it’s worse than snow,” one member of the fire brigade on site told local broadcaster TVN24. And the mess was not confined just to the immediate area around the truck.

“Unfortunately,” he added, “before the motorway was closed, the drivers drove it for several kilometers.”

Still, as far as vehicle wrecks go, this one had a sweet finish.

“It’s been a long time since I’ve seen so many smiles on the faces of emergency rescue folks and police officers at the scene of an accident,” Marlena Kukawka, a media officer for the Slupca police department, told the Polish broadcaster. “And that’s despite the fact that they still have a ton of work to do.”

Now, we’ll just leave you with an image that will probably stay with you for a while: Some construction equipment trying desperately to scoop some congealed chocolate off the pavement — and, if we’re being honest, only kind of succeeding.