Manchester United shouldn’t rely on attractive football as the solution to fix the past season’s disappointments amid criticism since the FA Cup final defeat to Chelsea.

Results are what truly matters to football fans, and Manchester United fan’s are not an exception to this rule.

After watching their noisy neighbours stroll to a Premier League crown under Pep Guardiola and seeing Liverpool’s exciting blend of unrelenting energy & skill under Jurgen Klopp take them to a European Cup final, United fans have felt envious of their closest rivals.

But the noise from some corners demanding a similar brand of play is simply an impulsive reaction that is symptomatic of the obsession in modern football to play ‘pretty’ football.

Looking at Liverpool and Tottenham Hotspur, two sides who are widely applauded for their brand of football both finished below a heavily scrutinised Manchester United in the Premier League. In context of achievements, Mourinho collected the same amount of silverware as both of those clubs combined since 2008 in the 2016/17 campaign alone.

Jose Mourinho’s methods have an undeniable proven track record that has improved United’s standing in the league since arriving in 2016. The idea that Mourinho can’t play attractive football is one of the biggest myths that still is perpetuated by his biggest critics.

Watching his title winning Chelsea sides of 04-05, 05-06 and 14-15 tell a different story. All those sides had exceptional attacking players that could tear defences apart. Arjen Robben and Eden Hazard are two examples of players who were integral to Mourinho’s winning system, which fires back at the claim he can’t work with flair. 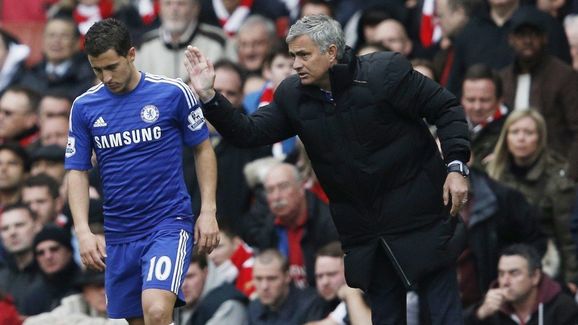 The linear view that football can only be played one way is what traps a lot of clubs into stagnation, just look at the second half of Arsene Wenger’s tenure at the Emirates.

Mourinho isn’t faultless and considering the over £300m spent on his squad, there should’ve been a stronger title challenge this year with the resources at his disposal.

Paul Pogba still seems to be the elixir in Mourinho’s hat that if unlocked, can take United back to the top of the English game. Alexis Sanchez can still be a key man next year even after a disappointing few months after joining in January.

Acquiring the signatures of Fred from Shaktar Donestk and Diogo Dalot from Porto already shows Mourinho’s intentions to fix his sides inefficiencies. Also, if United were able to snap Willian up from Chelsea – the perfect Mourinho player – Guardiola would soon be looking over his shoulder at the Red Devils.

United fans should feel frustrated after what was a poor end to the season, though the grass can sometimes seem greener, this season will likely be seen as an anomaly. More often than not, Jose Mourinho is seen in May holding a trophy and although Manchester City will be seen as irresistible favourites to defend their crown, betting against Mourinho’s record is a fools game.

For Manchester United, the expectation is trophies and no matter what is thrown his way, its hard to see many better managers in the game who can deliver that to England’s biggest club side.