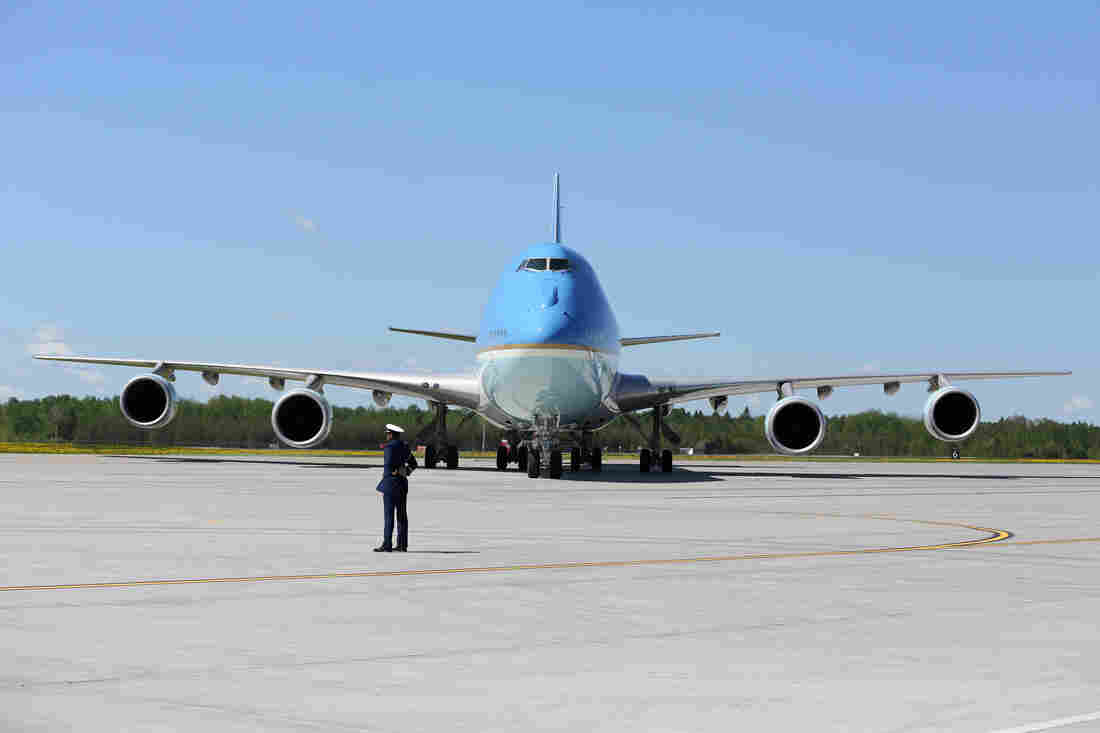 Air Force One after lands in Bagotville, Canada, in June. At the G-7 meeting there, President Trump threw traditional U.S. allies into disarray over his trade and security policies. Lars Hagberg/AFP/Getty Images hide caption 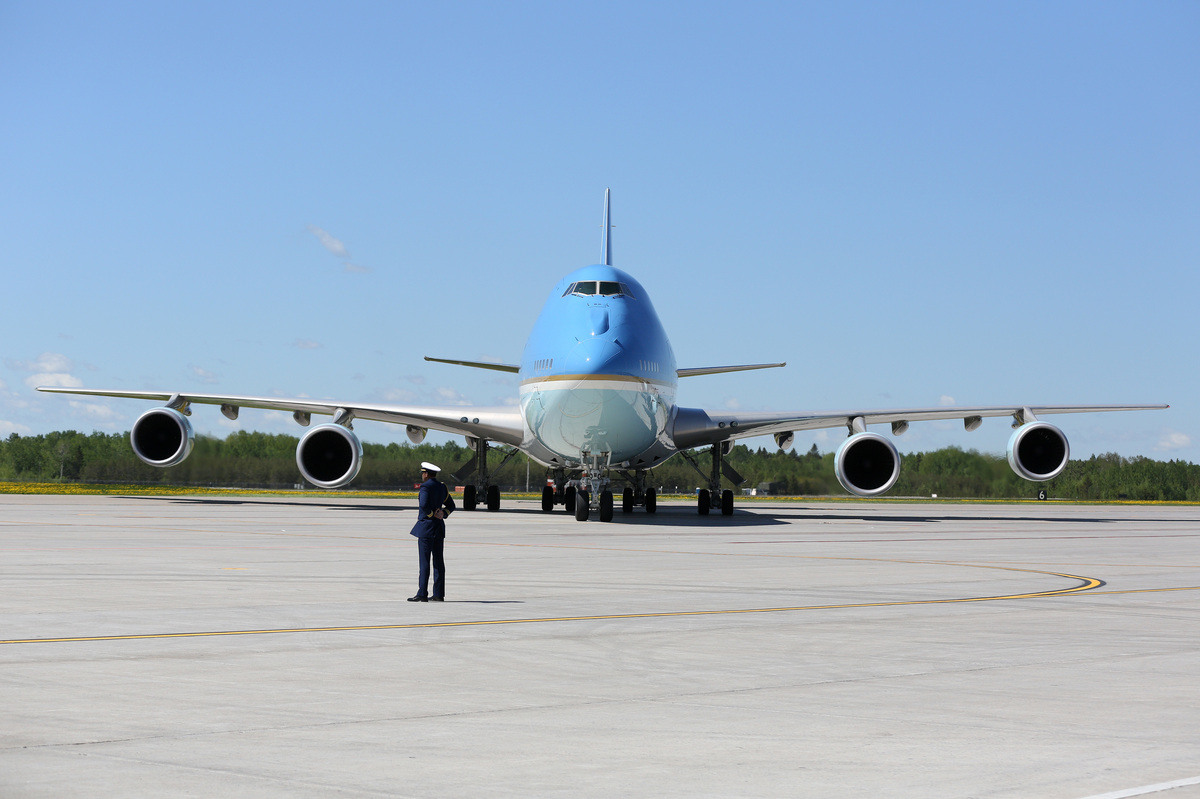 Air Force One after lands in Bagotville, Canada, in June. At the G-7 meeting there, President Trump threw traditional U.S. allies into disarray over his trade and security policies.

NATO leaders are hoping their summit in Brussels this week will not suffer the same fate as last month’s G-7 meeting, which unraveled over trade disputes with President Trump.

“They are still licking their wounds from what happened at the G-7,” said Julie Smith, a senior fellow at the Center for a New American Security. “They’re looking for an opportunity to kind of put forward a counter-narrative that the transatlantic partners are united.”

But with tensions still running high between the U.S. and its allies, unity may be hard to come by.

Trump will travel to Brussels for the NATO meeting on Tuesday.

The G-7 summit ended with Trump lashing out at the other members and threatening to stop all trade with them if they didn’t change their practices.

Trump ultimately refused to sign on to a joint agreement with the group because he was unhappy with Canadian Prime Minister Justin Trudeau’s comments at a closing press conference.

The row at the G-7 was followed by Trump’s historic meeting with North Korean dictator Kim Jong Un. Trump’s praise of Kim after those talks stood in stark contrast to the harsh rhetoric he directed to Trudeau and the other G7 leaders.

“I’m going to tell NATO: You’ve got to start paying your bills. The United States is not going to take care of everything,” Trump said at a recent campaign rally in Montana.

While defense spending has increased across the alliance, Trump says not enough has been done.

Prior U.S. administrations have pressed Europe to invest more in its defense, but the matter has typically been handled by other officials in the government, said Ted Bromund, a senior research fellow at the Heritage Foundation.

“What’s new is that this time, it’s the president saying it and saying it very bluntly,” Bromund said. “And in diplomacy that does end up changing the message and makes it sound much more serious and much more pressing.”

Some analysts say Trump’s expectations for how fast NATO can ramp up military funding are unrealistic. Smith, who served as a national security advisor for then-Vice President Joe Biden, said Trump does not seem to understand the amount planning it takes for some of these governments to expand their budgets.

Increasing defense spending “does not happen overnight,” Smith said. “It’s not a light switch. You don’t turn it on and off.”

Worry over meeting with Putin

Trump will meet with Russian President Vladimir Putin in Helsinki, Finland, a few days after the NATO summit. The Trump-Putin meeting is also a source of anxiety for members of the alliance, who hope to deter aggressive actions from Russia.

There is concern that Trump could be complimentary of Putin, in much the same way he was with North Korea’s Kim.

Another serious worry is that Trump will offer Putin concessions without consulting with NATO partners. When Trump met with Kim, he agreed to stop military exercises with South Korea, without giving South Korea any advance notice.

The White House has tried to tamp down any expectations of a grand bargain being worked out during the Helsinki meeting. Still, even if no deal is reached, the summit could be a boost to Putin.

“Everything the president says that’s positive about Russia and negative about the European alliance … Putin will play that over and over again in his domestic TV audience to show how he’s made Russia so great,” said Evelyn Farkas of the Atlantic Council. “It will be a victory for President Putin.”