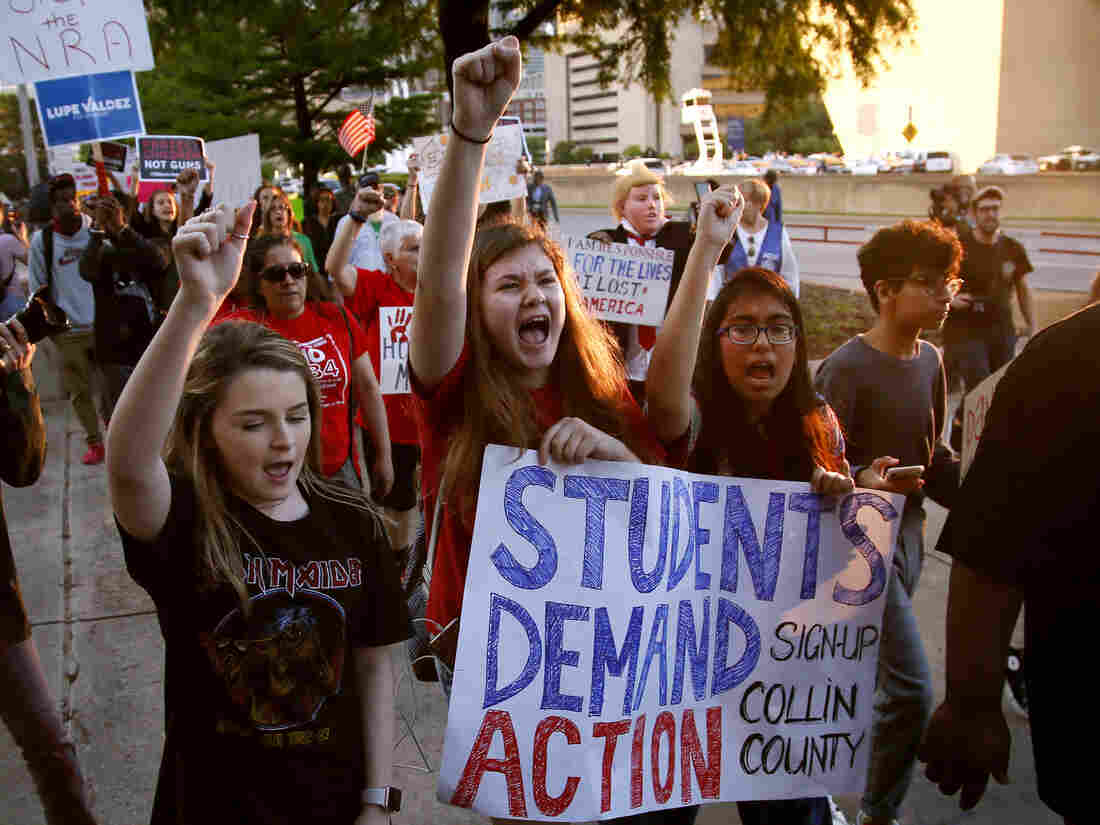 Young protesters chanted on Friday as they marched from City Hall to the Kay Bailey Hutchison Convention Center where the National Rifle Association is hosting an annual, four-day convention. Sue Ogrocki/AP hide caption 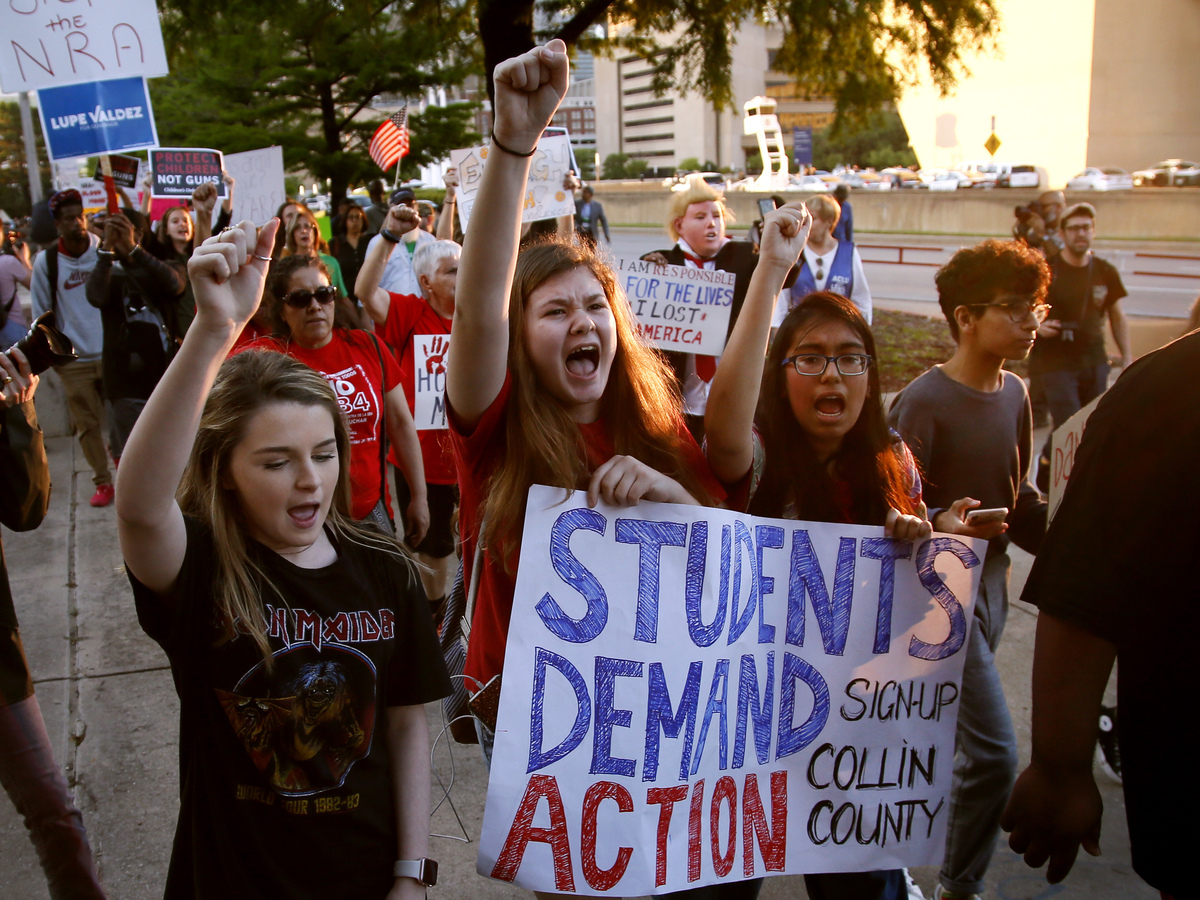 Young protesters chanted on Friday as they marched from City Hall to the Kay Bailey Hutchison Convention Center where the National Rifle Association is hosting an annual, four-day convention.

Thousands of gun enthusiasts have walked into Dallas’s Kay Bailey Hutchison Convention Center to revel in displays of firearms and hunting accessories at the National Rifle Association’s annual convention — but some crowds are staying outside to protest what they believe is a dire problem in America.

She started “Rally 4 Reform” and led students outside Dallas City Hall, across from the convention center. The executive director of StudentMarch.org, she also organized the city’s March For Our Lives.

#NoRA, a coalition backed by celebrities like Jimmy Kimmel and Amy Schumer, hosted a rally nearby at Belo Garden Park. Speakers included Fred Guttenberg, the father of Jaime Guttenberg, a 14-year-old who died in the Parkland, Fla. shooting in February, and actress Alyssa Milano.

“Everybody in the U.S. feels like everything is so partisan at this point, and our political views have become so calcified and fossilized in a way that is disruptive to any common ground,” Milano told The Dallas Observer. “And I don’t think there’s a person in this country who doesn’t think we don’t have a gun problem. We’ve become so partisan that we don’t know how to even meet halfway to fix that problem.”

“We’re asking for sensible gun laws,” Dominique Alexander, president of Next Generation, told NPR. Alexander said his social justice organization drew hundreds to Dallas City Hall Plaza before they marched to the convention center. “When you look at the shootings in Newtown, Parkland, Orlando, Dallas, people are tired – on both sides. People are tired.”

A group called Faith Forward Dallas hosted a vigil near the convention center and vowed to pray from start to end of the NRA gathering. It wrote on its website, “We lament the loss of so many of God’s precious children and know that the only proper way to honor them is to work for change. We affirm the role of prayer in our work. But prayer is not the abdication of human responsibility in God’s dream for the world.”

In the midst of the four-day event, mobile truck billboards have been circling the convention center, the site of the NRA’s prayer breakfast and the country music stage. The signs read, “How much money have you taken from Russia?” and “Why have you cozied up to Vladimir Putin’s Kremlin?”

And at least one local business voiced support for gun control in its own way – on restaurant tabs. Ellen’s, a dining spot in downtown Dallas, put a message on the bottom of its receipts in anticipation of the NRA convention. It read, “A portion of this week’s proceeds will be donated to organizations dedicated to implementing reasonable and effective gun regulations. Welcome to Dallas!”

The move prompted the NRA to advise its followers on Twitter not to brunch there. The restaurant later wrote on Facebook, “We believe our position is anything but controversial. Rather, it is the American way of dealing with problems. Historically, every time we have had a big challenge, we have come together — Republicans, Democrats, Conservatives, and Liberals — and put our collective brain power and dedication to the task.”