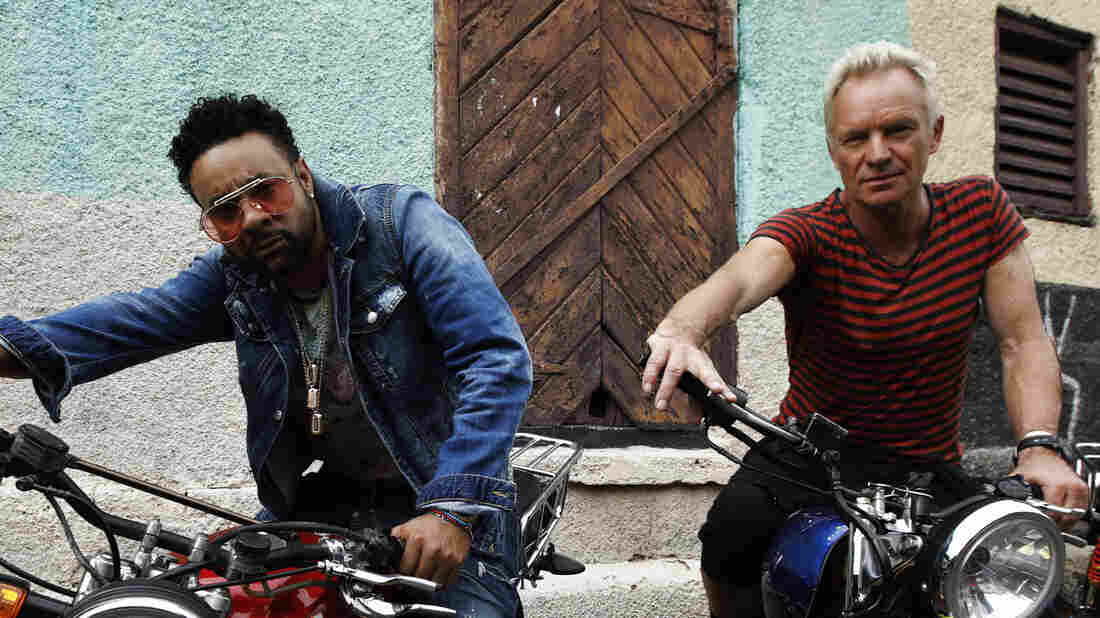 “I think surprise is always the most important element in all music,” Sting says of his and Shaggy’s new album 44/876. Salvador Ochoa/Courtesy of the artist hide caption 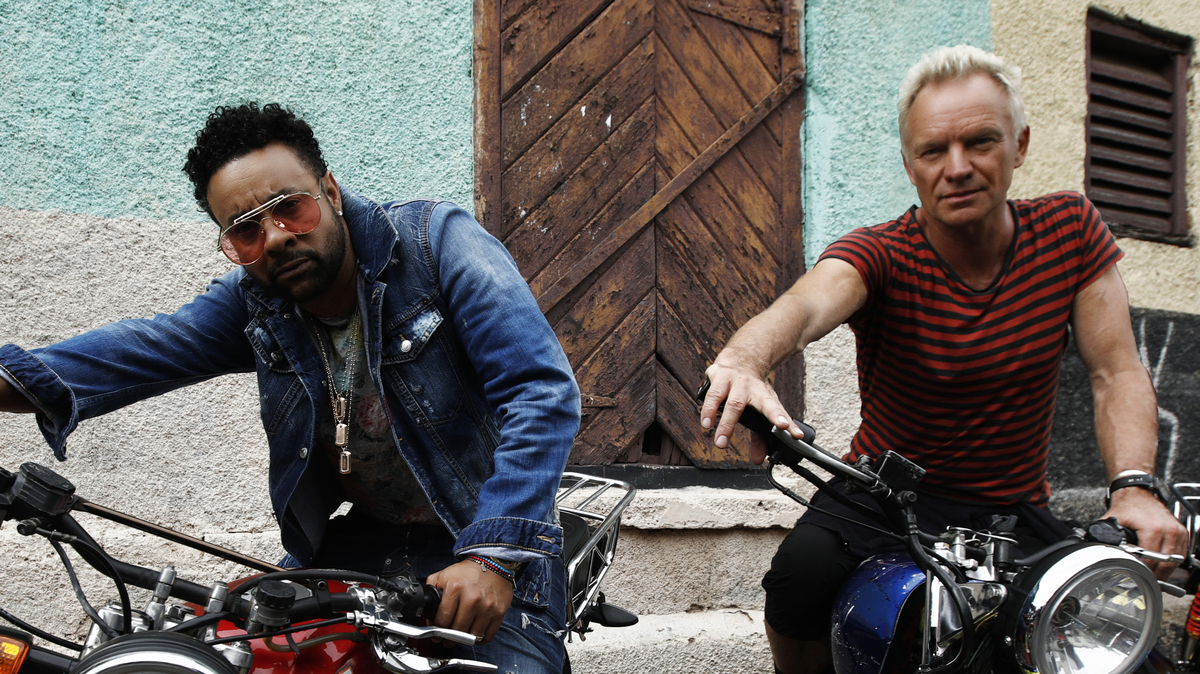 “I think surprise is always the most important element in all music,” Sting says of his and Shaggy’s new album 44/876.

It’s one of this year’s most unlikely collaborations. Shaggy is a Jamaican dance hall star with an unmistakable voice and raunchy hits like 1995’s “Boombastic” and 2000’s “It Wasn’t Me.” Rock star Sting, his partner, is a little more buttoned-up in comparison. But despite being from two different corners of the music world, the pair’s first collaboration album 44/876, out now, is a meeting of the minds — one that’s so unexpected, it works in their favor.

“I think surprise is always the most important element in all music,” Sting says. “You don’t want to just go with people’s expectations. You always want to surprise them … I listen to music expecting a surprise within eight measures.”

At first, this team-up was unexpected even to them. Shaggy sent Sting a demo of the track “Don’t Make Me Wait” and they worked on it together in the studio. After enjoying the experience so much, they decided to repeat the process for a full-length album. Together, they knocked out 20 songs in six weeks. But in order to make it happen, Shaggy had to change the way he records.

“He does music on regular office hours,” the dance hall star says of Sting. “My creative process starts at 2 a.m. with a whole lot of weed.” But Shaggy admits the change to his schedule kept his mind fresh.

The guys have more in common than meets the eye. Sting’s band The Police pulled from reggae and dance hall influences for tracks like “Message in a Bottle.” Both musicians are U.S. immigrants: Shaggy moved from Jamaica to Brooklyn in the 1985 and fought in the first Gulf War in 1991 while Sting moved to the U.S. from his native England more than three decades ago. Though the record is filled with mostly sunny reggae songs, some tracks like “Dreaming in the U.S.A.” voice the artists’ concerns about life in the country today. The men believe that the idea of America, no matter how paradoxical, “is a pure one that needs to be protected.” 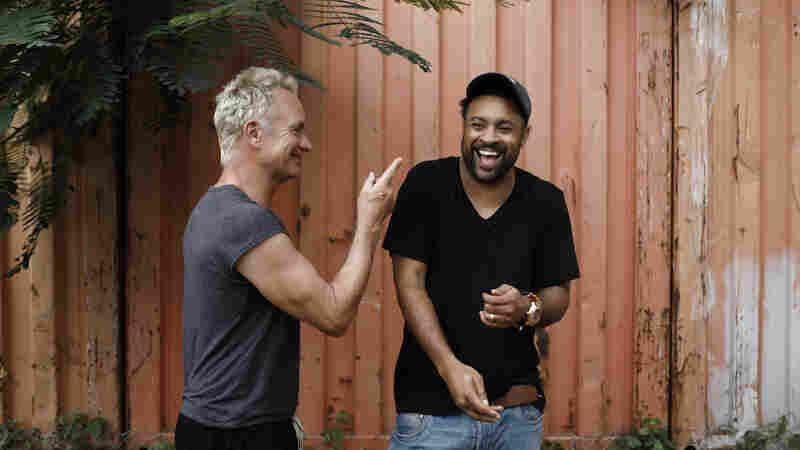 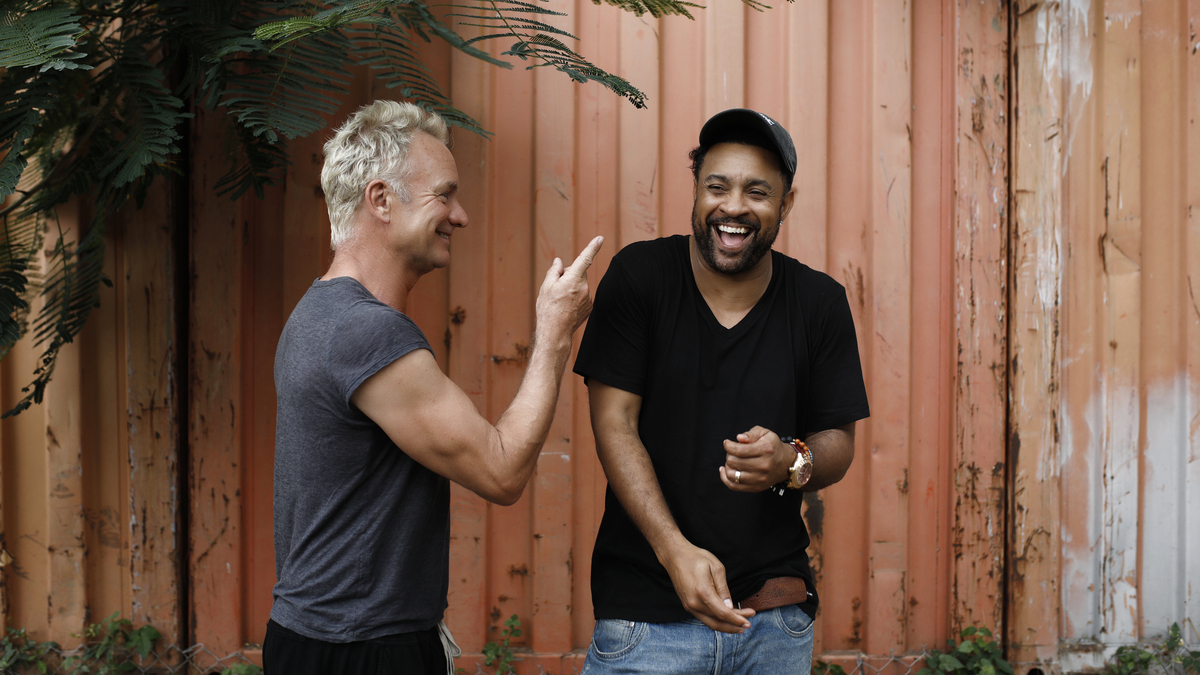 On the 12 songs that made the final cut of the album, it’s obvious that the two worked off each other’s strengths, Sting’s measured reflection balancing out Shaggy’s spontaneous and moral parables.

“Sharing a load on an album is a wonderful luxury,” Sting explains. “I think there’s something in there, although there are serious issues within the music but we’ve chosen to present them in a way that is attractive and optimistic.”