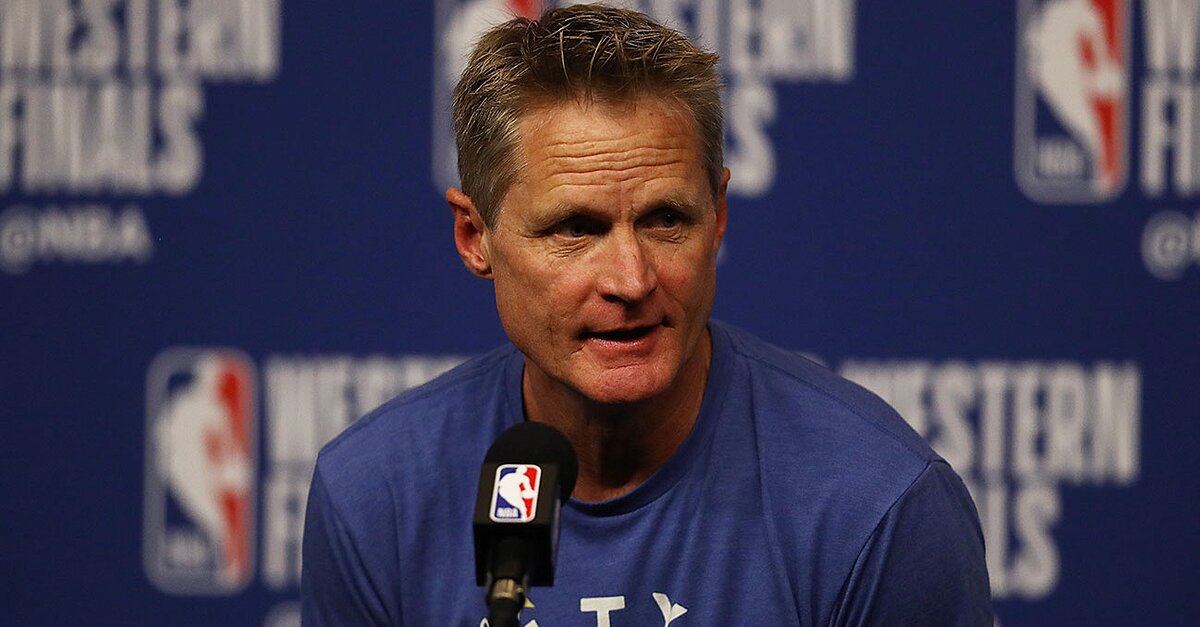 Steve Kerr is not surprised by how the NFL went about approving the new anthem policy.

Under the new NFL policy, NFL owners voted to allow NFL comissioner Roger Goodell to discipline any league personnel who does not stand and show respect for the flag and national anthem before games. Players are given the option to remain in the locker room if they prefer not to be on the field for the anthem. Teams will have the option to fine any team personnel or players that attempt to sit, kneel or protest during the anthem.

Kerr is no stranger to speaking out against President Donald Trump and has supported NFL quarterback Colin Kaepernick’s decision to kneel during the national anthem. In October 2017, Kerr told the Pod Save America podcast that he believes Kaepernick is being blackballed by NFL teams.

“It’s just typical of the NFL,” Kerr said, according to Anthony Slater of The Athletic. “They’re just playing to their fanbase. Basically just trying to use the anthem as fake patriotism, nationalism, scaring people. It’s idiotic. But thats how the NFL has conducted their business. I’m proud to be in a league that understands patriotism in America is about free speech and peacfully protesting. Our leadership in the NBA understands when the NFL players were kneeling, they were kneeling to protest police brutality, to protest racial inequality. They weren’t disrespecting the flag or military. But our president decided to make it about that and the NFL followed suit, pandered to their fanbase, created this hysteria. It’s kind of what’s wrong with our country right now – people in high places are trying to divide us, divide loyalties, make this about the flag as if the flag is something other than it really is – which is a representation of what we’re about, which is diversity, peaceful protests, right to free speech. It’s ironic actually.”

President Trump went on FOX News on Thursday morning to commend the NFL for “doing the right thing.”