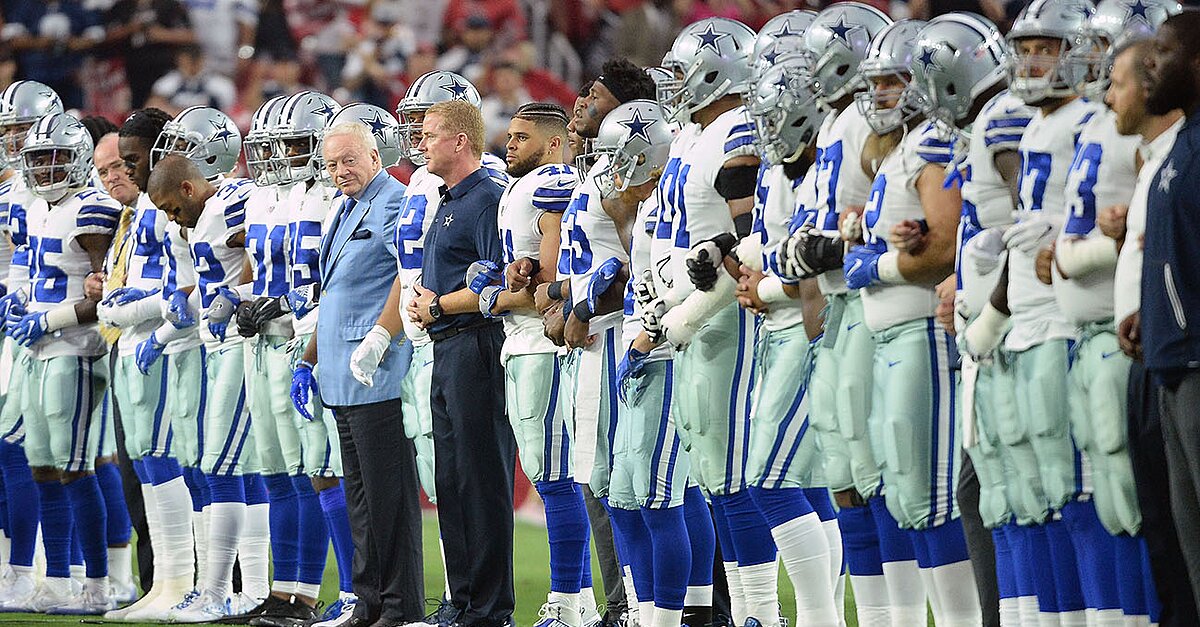 Cowboys executive vice president Stephen Jones said in a radio interview players should stand “if they want to be a Dallas Cowboy.”

Cowboys executive vice president Stephen Jones said in a radio interview players should stand “if they want to be a Dallas Cowboy.”

The comments come a day after Cowboys owner Jerry Jones said his players will stand on the field during the national anthem in the upcoming NFL season. Jerry also discussed President Donald Trump’s comments on the national anthem debate on Wednesday, calling them “problematic” and saying “eveybody would like it to go away.”

Last week, the NFL and NFLPA reached a standstill agreement declaring no new rules to be issued as discussions between the two parties continued. Trump tweeted last week that players who kneel more than once should be suspended the entire season without pay.

Trump tweeted about the issue again Friday, congratulating Jerry for his stance.

NFL owners voted on a new national anthem policy in May, and there have been talks that some players are considering different ways to protest.

The new policy removes a requirement for players to be on the field for the anthem, and gives players the option to stay in the locker room. Teams will be fined for any personnel that “do not show proper respect for the flag and Anthem” on the sidelines.