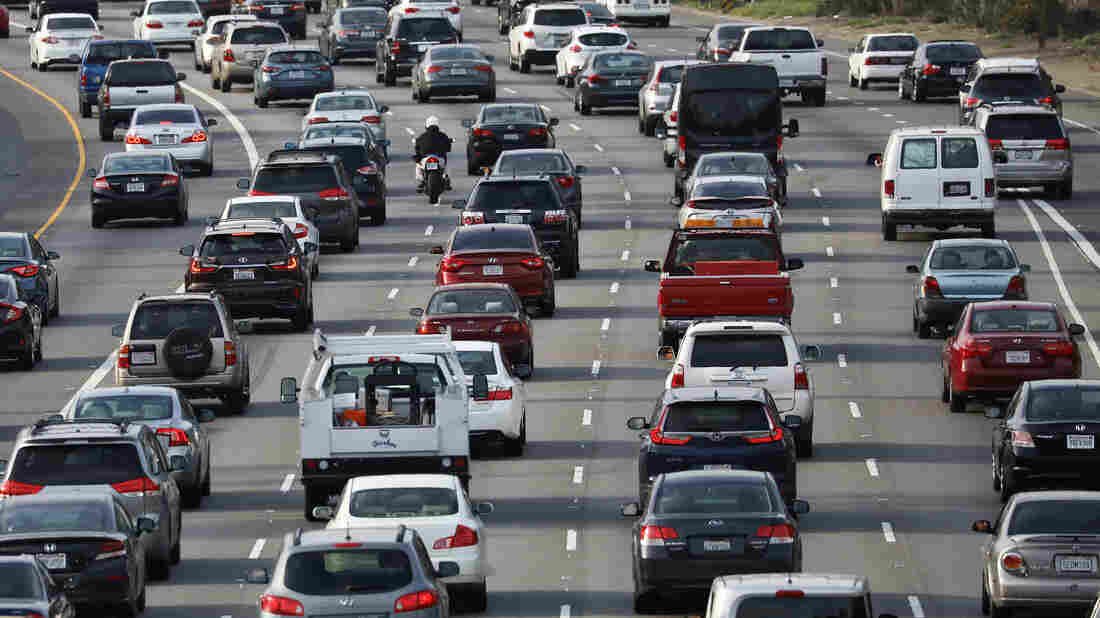 Vehicles pass during the afternoon commute on Highway 101 in Los Angeles on April 2. California is suing the EPA over a plan to revise fuel efficiency standards for vehicles, weakening Obama-era limits on greenhouse gas emissions. Mario Tama/Getty Images hide caption 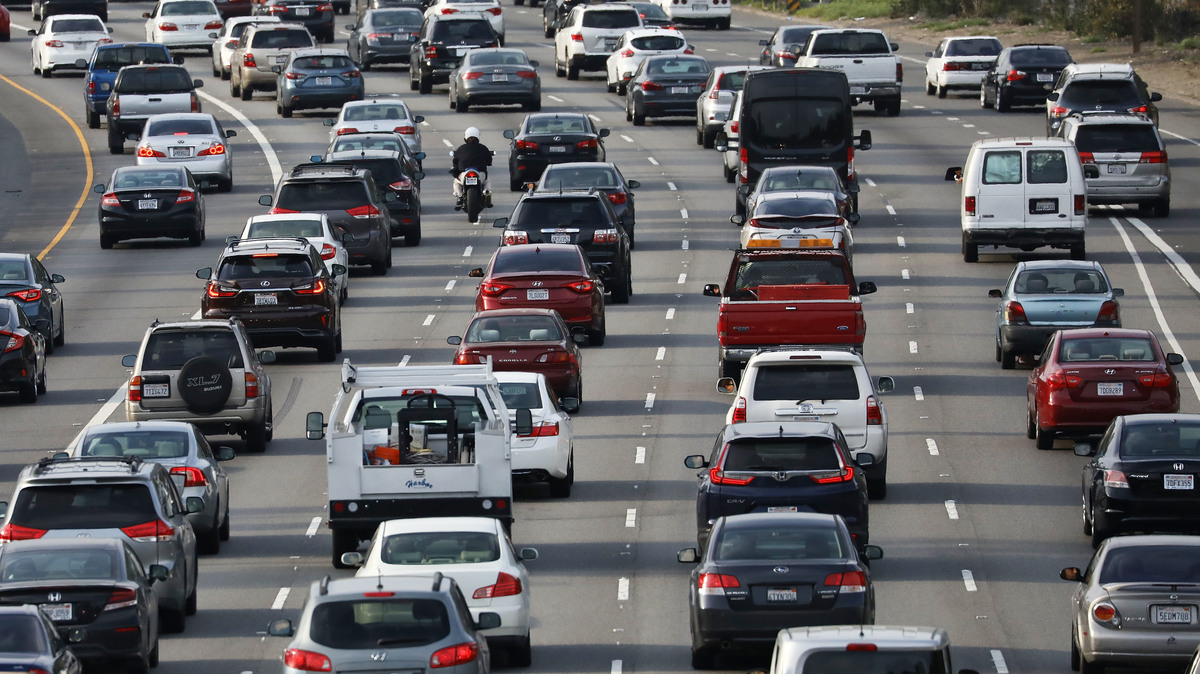 Vehicles pass during the afternoon commute on Highway 101 in Los Angeles on April 2. California is suing the EPA over a plan to revise fuel efficiency standards for vehicles, weakening Obama-era limits on greenhouse gas emissions.

A coalition of 17 states and the District of Columbia, led by California, is suing the Environmental Protection Agency over the agency’s plan to change vehicle efficiency standards.

The states are asking a court to review the EPA’s proposed actions, arguing they violate the Clean Air Act.

“We’re not looking to pick a fight with the Trump Administration, but when the stakes are this high for our families’ health and our economic prosperity, we have a responsibility to do what is necessary to defend them,” California’s attorney general, Xavier Becerra, said.

In a news release, the states said their lawsuit “seeks to set aside and hold unlawful the EPA’s effort to weaken the nation’s existing clean car rules … based on the fact that the EPA acted arbitrarily and capriciously, failed to follow its own regulations, and violated the Clean Air Act.”

Specifically, the EPA is reconsidering Obama-era rules designed to reduce greenhouse gas emissions from cars. The regulations call for average fuel efficiency to increase to 54.5 mpg by 2025.

Today, we announced @EPA plans to roll back Obama Admin fuel standards. These standards were inappropriate & needed to be revised. The focus should be on providing consumer choice and the strongest environmental protections.

EPA head Scott Pruitt said the current standards “may be too stringent” and initiated the process of rewriting them.

In its announcement last month, the EPA said that the ambitious Obama-era standards present “challenges to auto manufacturers” and impose extra costs on consumers.

And a report released by The Institute for Policy Integrity at NYU School of Law said the EPA’s reasoning was “not grounded in fact.” For instance, the EPA says lower gas prices are making fuel-efficient cars less attractive. The agency also cites flagging demand for electric cars as a sign the goals are unrealistic. However, the report notes, “both fuel prices and electric vehicle sales are in fact rising.”

This recent legal battle between California and the EPA could ultimately lead to two competing emissions standards — one for California and the states that follow its standards, and another for the rest of the country. That’s an outcome automakers would prefer to avoid.