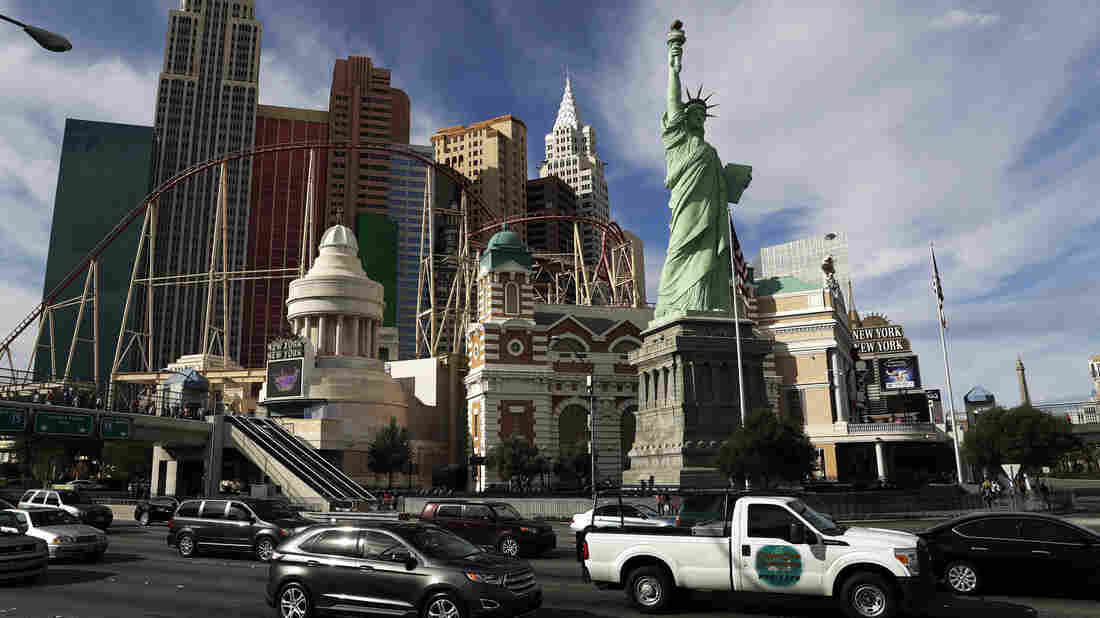 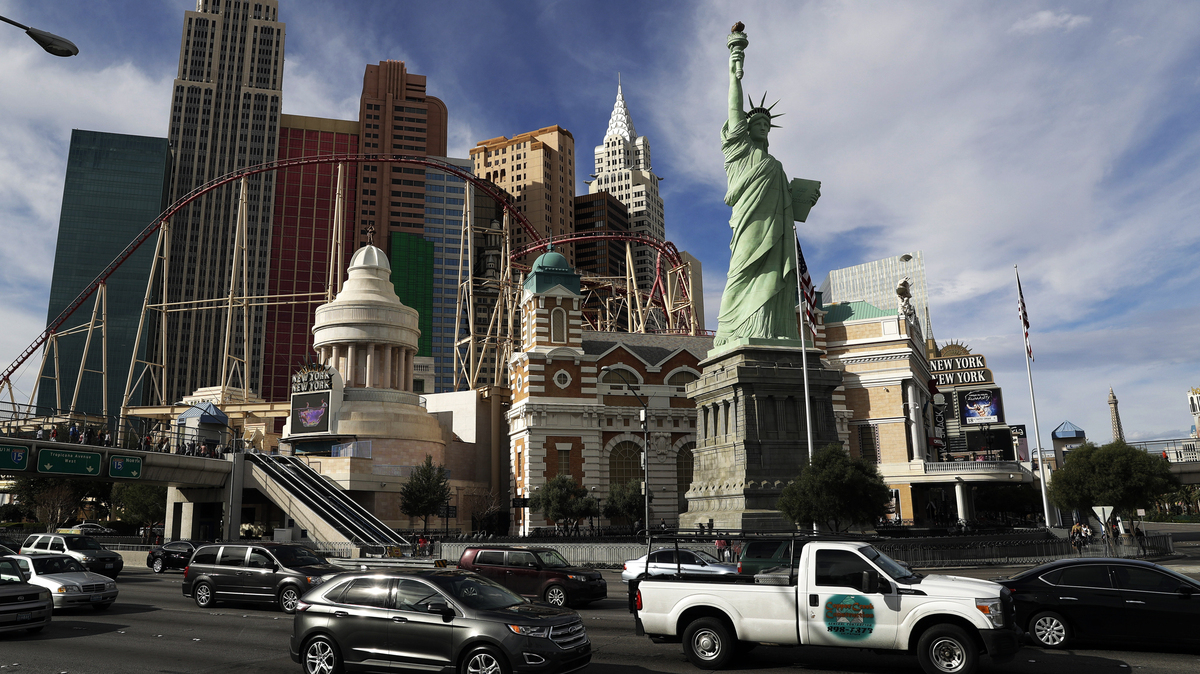 Robert Davidson finished his Las Vegas statue of Lady Liberty in 1996. A federal judge ruled last week that Davidson’s replica was different enough from the original statue to hold a copyright.

For years, a U.S. Postal Service stamp mistakenly bore the image of a Lady Liberty replica.

That statue welcomes visitors to the New York-New York Hotel and Casino in Las Vegas, and between 2010 and 2014, it earned the postal service over $70 million in profits.

The confusion started a decade ago, when the postal service decided to update its line of “forever” stamps with an image featuring Lady Liberty.

According to court documents, a then-stamp development manager started by gathering stock images of the Statue of Liberty — all possibilities for the new stamp. But he didn’t realize that his final choice for one of the new “forever” stamps was not, in fact, a photograph of the national monument.

The postal service had featured Lady Liberty on many stamps before — 23, to be exact — but this photo, the stamp development manager said during testimony, featured a fresh take on the statue. That’s why he liked it.

He purchased photo rights to use it, and the postal service released the stamp in December 2010. The federal agency learned it had made a mistake when, the following March, a stock photo company alerted it via email.

The following month, postal service spokesman Roy Betts told The New York Times, “We still love the stamp design and would have selected this photograph anyway.”

But, he said, the agency would be “re-examining our processes to prevent this situation from happening in the future.”

The postal service continued making the stamps until 2014, when it phased out the design.

Davidson, the Las Vegas sculptor, discovered the stamp when his wife bought a book of them at the post office. In January 2012, she filed a copyright application on his behalf.

His copyright for the Las Vegas statue was issued in November 2013, and he sued the postal service that month for using it on the stamp.

The USPS argued that Davidson’s statue didn’t deserve its own copyright, since it was too similar to the original Statue of Liberty.

But Judge Eric Bruggink said that the postal service used Davidson’s statue without permission, and that Davidson’s Las Vegas statue was different enough than the world-famous New York statue to deserve its own copyright. Bruggink wrote, “the differences in the faces are meaningful and not trivial.”

According to testimony, Davidson made his version of Lady Liberty distinctly different than the copper statue designed by French sculptor Frédéric Auguste Bartholi.

“I just thought that this needed a little more modern, a little more contemporary face, definitely more feminine,” he said in testimony, according to court documents. What it needed, he said, was “just something that I thought was more appropriate for Las Vegas.”

He said that a photograph of his mother-in-law’s face inspired him as he worked on his statue, which he finished in front of the New-York New-York Casino in 1996.

In a statement, U.S. Postal Service representatives said, “We are reviewing the decision and will comment if and when appropriate.”