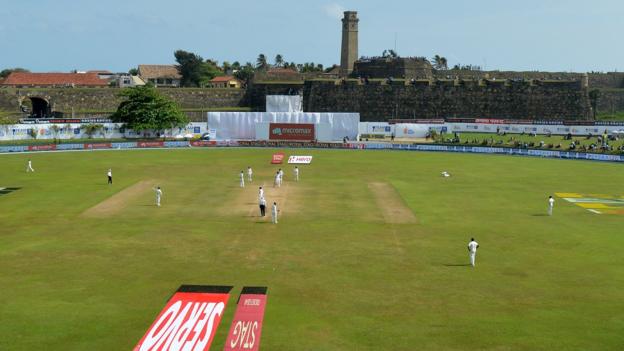 Sri Lanka Cricket has said it will give its “fullest cooperation” to any investigation into match-fixing.

An Al Jazeera documentary is believed to allege groundsmen in Galle are being bribed to alter pitches for test matches involving teams such as Australia and England.

The International Cricket Council (ICC) has already launched an investigation.

The England & Wales Cricket Board (ECB) said it is aware of the documentary and will also support the ICC.

“Sri Lanka Cricket wishes to state that it has zero tolerance towards corruption and will take immediate action against any person involved in the alleged incident, if found guilty,” it said in a statement.

“Sri Lanka Cricket is constantly engaged with the ICC and is following its guidelines on how to handle anti-corruption operations for the forthcoming tours in Sri Lanka.”

England will play three Tests, five one-day internationals and a one-off Twenty20 match when they tour Sri Lanka in October and November.

“The ICC is aware of an investigation into corruption in cricket by a news organisation and as you would expect we will take the contents of the programme and any allegations it may make very seriously,” the governing body said.

“We have made repeated requests that all evidence and supporting materials relating to corruption in cricket is released immediately to enable us to undertake a full and comprehensive investigation.”

The ECB said: “The ECB are aware of the planned Al Jazeera documentary, though not the full content. We endorse the ICC’s position and fully support their work and investigations.”