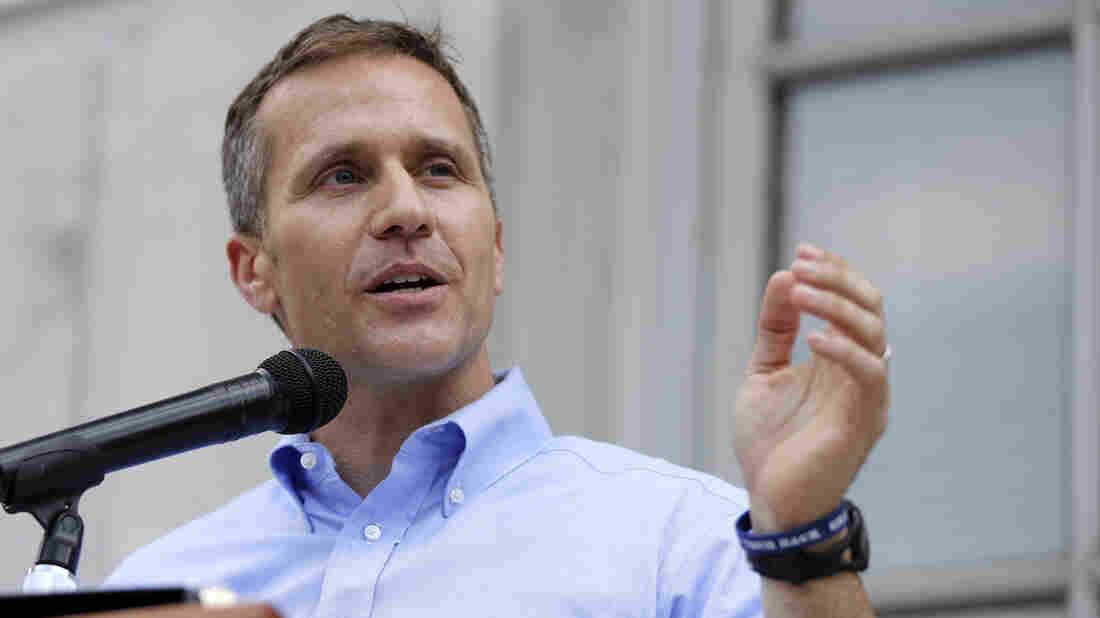 Then-Missouri Gov. Eric Greitens in May 2017. A special prosecutor said Friday she has decided not to refile an invasion-of-privacy charge against him. Jeff Roberson/AP hide caption 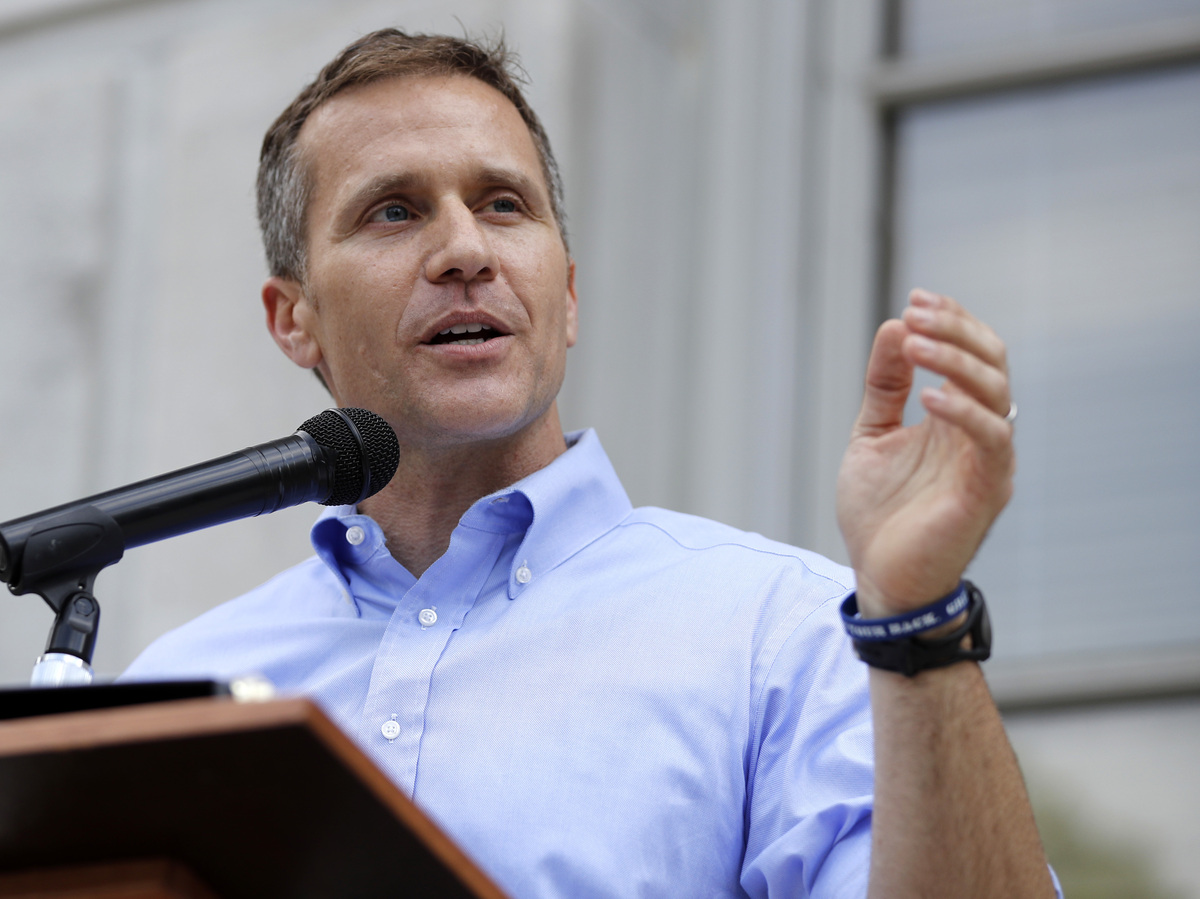 Then-Missouri Gov. Eric Greitens in May 2017. A special prosecutor said Friday she has decided not to refile an invasion-of-privacy charge against him.

A special prosecutor says she will not resurrect a felony invasion-of-privacy charge against former Missouri Gov. Eric Greitens.

The charge was filed after a woman with whom Greitens acknowledges having an affair accused him of taking a semi-nude photo of her without her consent. Greitens denied taking the photo.

The case went to jury selection last month but prosecutors withdrew it, saying the defense was planning to call St. Louis Circuit Attorney Kim Gardner as a witness in the case being conducted by her own subordinates. The office said a special prosecutor should take over the case. Gardner asked Jackson County Prosecutor Jean Peters Baker to consider refiling the charge against Greitens.

At a Friday news conference, Baker said she could not prove guilt beyond a reasonable doubt, and declined to bring a case against him.

Rachel Lippmann of St. Louis Public Radio reports that Baker said of the woman accusing Greitens, “I find her credible, and I believe her statements about being photographed are true. … She had no vendetta. Without other evidence to support her accounting, she just didn’t want to go it alone. In the words of this victim, ‘my heart just can’t bear it.'”

A forensic expert examined a cellphone used by the governor and didn’t find evidence of the photo. It is not known whether the phone examined is the same one Greitens was using during the time the image allegedly was taken.

The woman who made the accusation was interviewed by a bipartisan Missouri state House committee and told the members that Greitens threatened to distribute the photo if she revealed the affair. She also said he sexually and emotionally abused her. House and Senate leaders said they were planning a session to consider impeaching Greitens.

Greitens resigned as governor as of June 1 in a deal with prosecutors, who dropped a separate case in which Greitens was charged with computer tampering. He was accused of using a list of donors to his veterans charity without permission to raise funds for his political campaign.