A new spacecraft aimed at removing space junk that is orbiting the Earth was launched on Wednesday.

The RemoveDEBRIS spacecraft was sent out into space on Wednesday from the International Space Station (ISS) and will collect small but dangerous debris that could potentially damage satellites or the ISS.

The 100kg spacecraft will be testing a host of potential technologies that more extensive space cleanup missions in the future can use.

It is the largest satellite to date to be deployed from the ISS.

The RemoveDEBRIS was launched on April 2 aboard a SpaceX Dragon rocket as part of a ISS resupply mission.

It will conduct several experiments, including using a net and a harpoon to capture pieces of debris.

Once all experiments have been executed, the spacecraft will deploy a sail to fly the spacecraft towards Earth, which will eventually lead to it burning up on reentry. 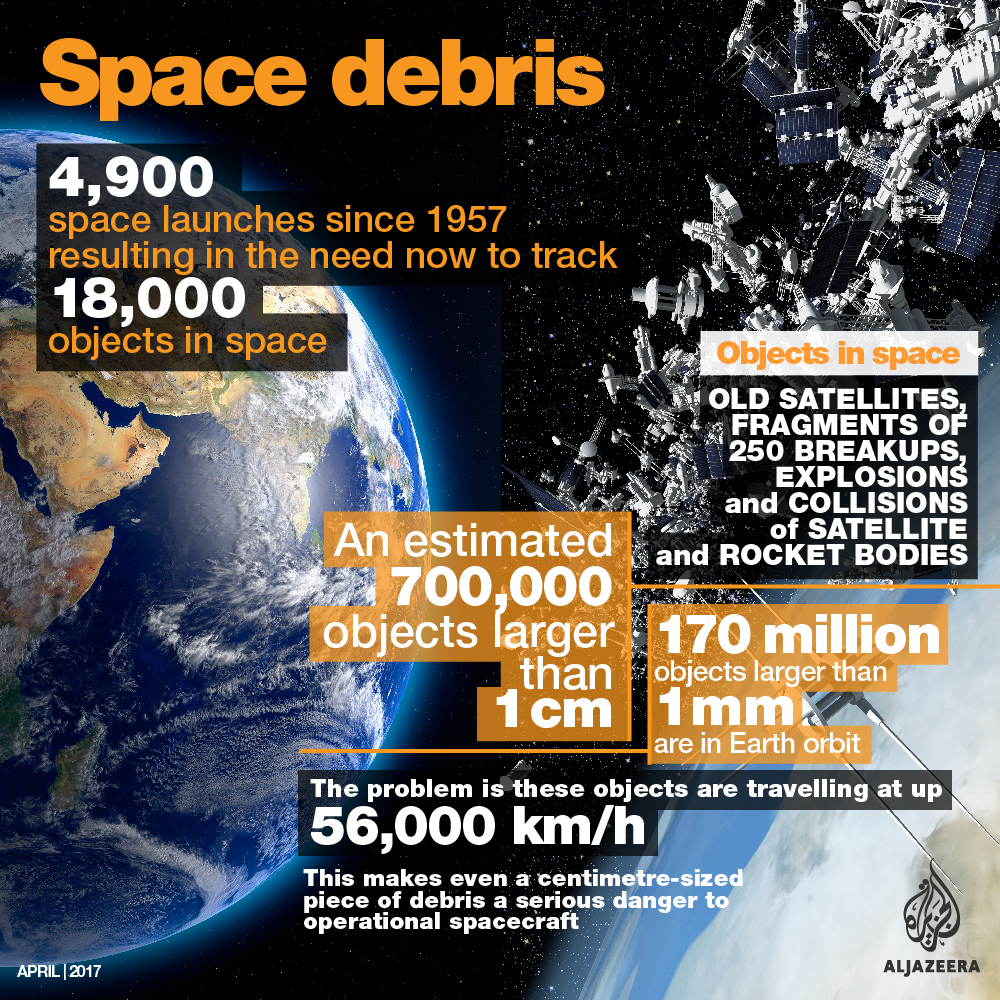 The satellite, built by the University of Surrey and several private companies, is a first attempt at finding a solution to the growing issue of space junk.

Currently, there is about 7,500 tonnes of junk orbiting Earth. In space, even tiny pieces of debris are dangerous to satellites and spacecraft.

In addition to large pieces of debris that have been flung off satellites or remnants of rockets, experts believe that there are about 750,000 objects between one and 10cm in diameter flying around in space.

Many of the objects are travelling at an enormous pace, up to 56,000 kilometres per hour, which means that they can have the potential explosive force of a hand grenade on impact.

If the RemoveDEBRIS mission is successful, similar missions to clean up space could potentially be launched in the future.