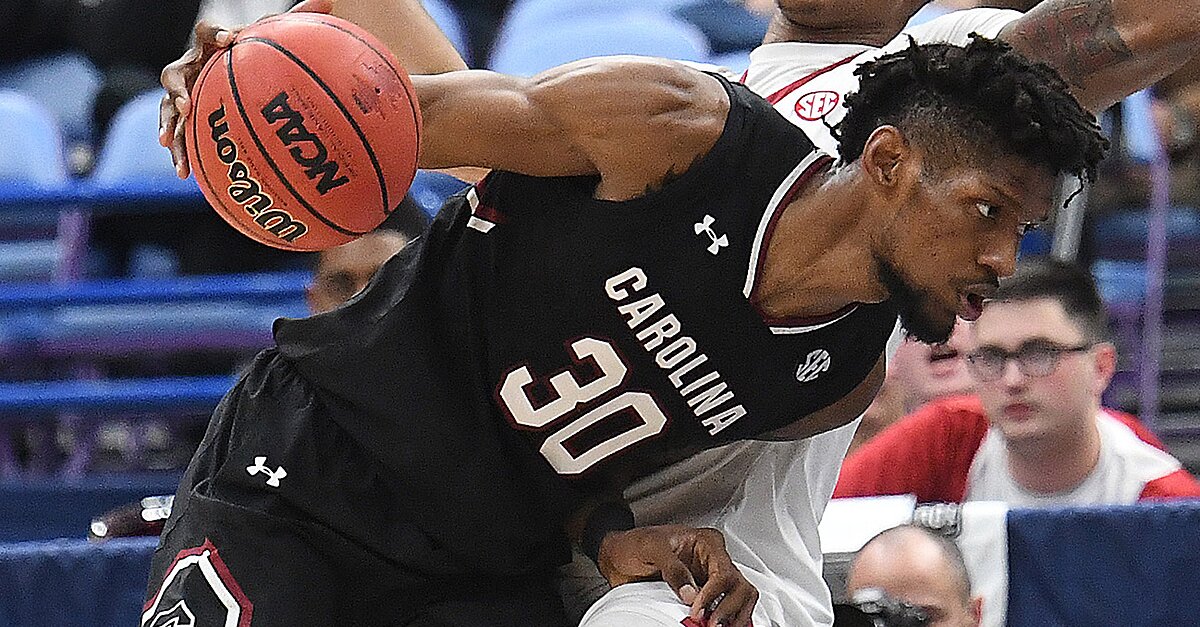 The SEC’s co-defensive player of the year in 2017 is coming back for his senior season.

COLUMBIA, S.C. (AP) — South Carolina’s leading scorer and rebounder Chris Silva is withdrawing from the NBA draft and returning to the Gamecocks for his senior year.

The 6’9″ forward from Gabon was named to the all-Southeastern Conference first team after averaging 14.3 points and eight rebounds last season. He declared for the draft last month and met with several NBA teams. Silva was not part of the league’s draft combine last week.

Silva thanked the teams he met with and said Monday he’s anxious to return to practice with his college teammates.

Gamecocks coach Frank Martin says the experience gives Silva a blueprint for how he can improve.

Silva was also named co-SEC defensive player of the year and had 26 games with double figure points and rebounds.