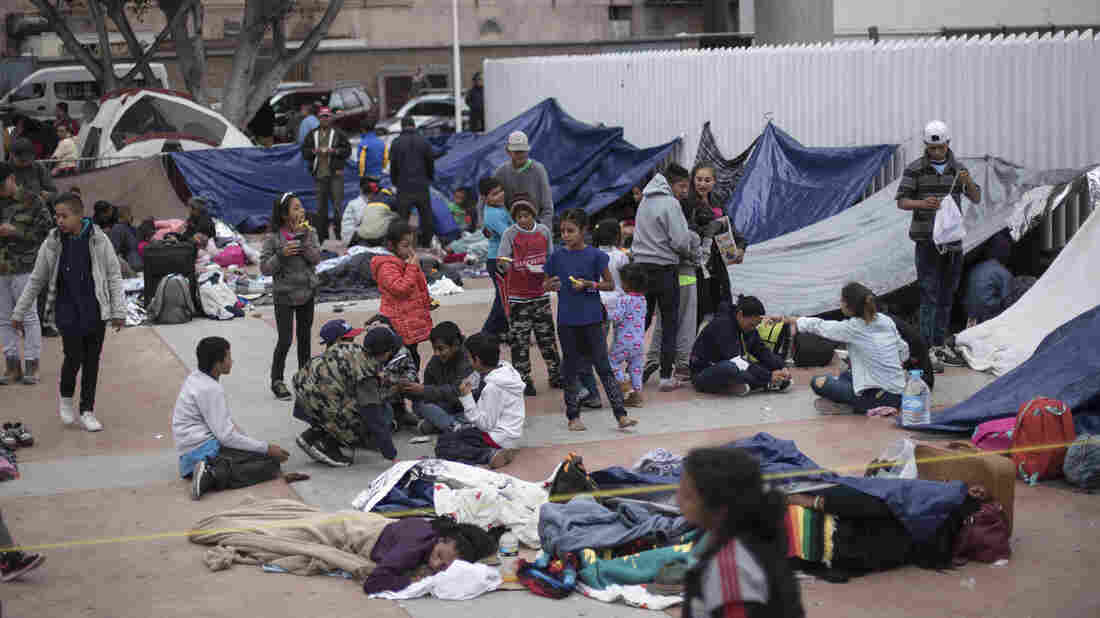 Migrants wait for access to request asylum in the U.S. at the El Chaparral port of Entry in Tijuana, Mexico, on Monday. Hans-Maximo Musielik/AP hide caption 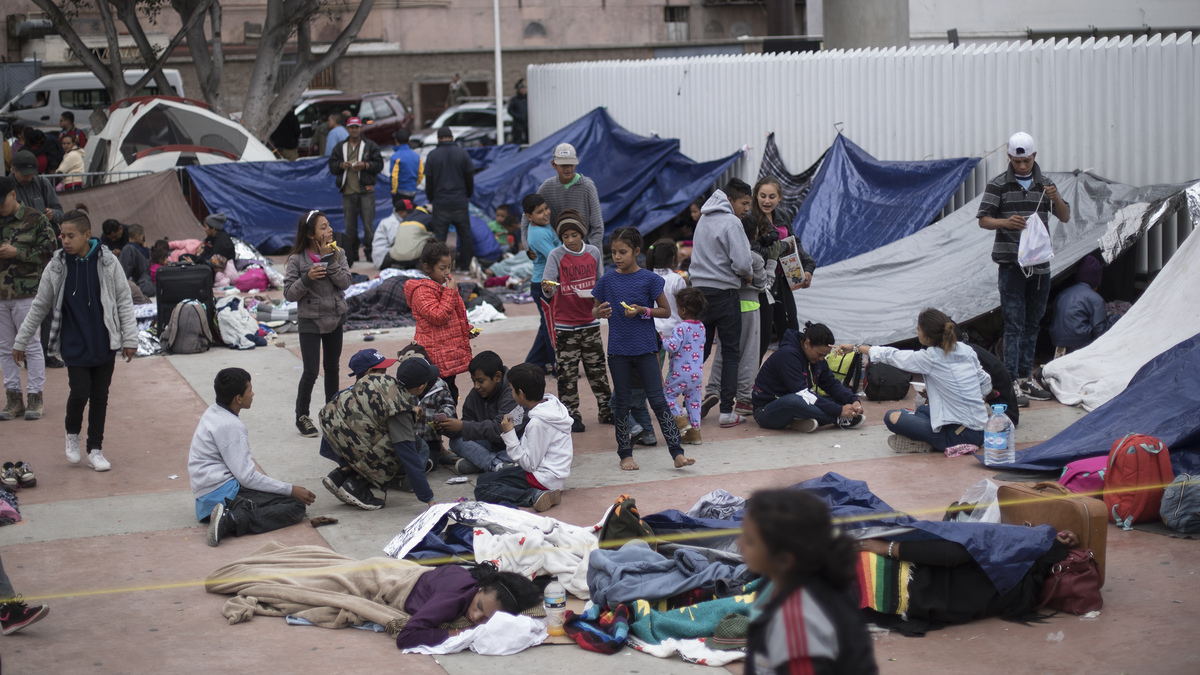 Migrants wait for access to request asylum in the U.S. at the El Chaparral port of Entry in Tijuana, Mexico, on Monday.

A few of the nearly 200 migrants from Central America who traveled by caravan through Mexico to the U.S. border crossing at San Diego, have been allowed to apply for asylum.

Eight migrants — three women, four children and an 18-year-old man who claimed to be fleeing violence in their home countries — were allowed through the gate at the border crossing separating Tijuana, Mexico, from San Diego, Monday evening, according to caravan organizers, according to The New York Times.

“We began processing undocumented arrivals again on Monday,” a Customs and Border Patrol (CBP) spokeswoman said. “As in the past when we’ve had to limit the number of people we can bring in for processing at a given time, we expect that this will be a temporary situation.”

Reuters report: “The first to enter were part of a small group from the caravan who Mexican officials let walk over a pedestrian bridge on Sunday and who have been camped at the San Ysidro gate ever since, when the CBP said the facility between Tijuana and San Diego was saturated. A larger group of about 150 people has not been let onto the bridge and was preparing for a second night sleeping in an open plaza on the Mexican side.”

Most of the migrants are from Honduras and El Salvador and many have harrowing stories of surviving violence in the country of their birth. The journey to the U.S. border has taken many of them a month on foot, freight train and bus. However, the bar for being granted asylum in the U.S. is very high and many will not be able to reach it.

Meanwhile, Attorney General Jeff Session ordered the Justice Department to file criminal charges against 11 others allegedly part of the caravan who are said to have entered the U.S. illegally.

“The United States will not stand by as our immigration laws are ignored and our nation’s safety is jeopardized,” Sessions said in a statement.

The Justice Department complaints allege that the defendants were apprehended a few miles west of the San Ysidro, California, Port of Entry.

President Trump has been tweeting about the caravan for weeks. On Monday, he again took to Twitter. “The migrant ‘caravan’ that is openly defying our border shows how weak and ineffective U.S. immigration laws are,” he wrote.

The migrant ‘caravan’ that is openly defying our border shows how weak & ineffective U.S. immigration laws are. Yet Democrats like Jon Tester continue to support the open borders agenda – Tester even voted to protect Sanctuary Cities. We need lawmakers who will put America First.

As The Associated Press reports, “Trump administration officials have railed against what they call America’s “catch and release” policies that allow people requesting asylum to be released from custody into the U.S. while their claims make their way through the courts, a process that can last a year.”