Sky Sports pundit Charlie Nicholas has predicted another difficult season for Huddersfield next year if they do not strengthen key areas over the summer.

Giving his opinions to the Huddersfield Daily Examiner, Nicholas said he felt the Terriers needed another forward if they were to achieve safety again next year.

Nicholas’ stark warning came less than two weeks after David Wagner’s side secured Premier League football for another year with a draw away at Chelsea.

The Soccer Saturday expert said: “Staying up is worth a fortune to the club but I think they’ll need to buy better in the summer as the strikers were too similar and they could do with a bit more pace at the back.

“They need more from Aaron Mooy as he’s their best passer but it is all about recruitment if they are to avoid another relegation battle, although they’ve proved they are capable of proving a lot of us pundits wrong.”

Australian Mooy is seen as the creative spark in the Huddersfield midfield, though did only record four goals and three assists for the season, despite playing in 36 Premier League matches.

The 27-year-old will need to create more opportunities, or score a greater number of goals, in the opinion of Nicholas. 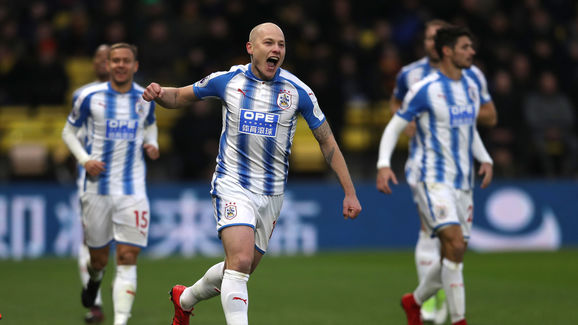 Though despite posting underwhelming statistics, Mooy does still have his vehement supporters.

Redknapp told Australian outlet The World Game: “I’m not trying to be funny but he’s a player who could go to Barcelona tomorrow and not look out of place. I think he’s that good.

“He’s an excellent player … he’s one of those who never gives the ball away. And that’s a rare thing.”

Either way, Charlie Nicholas’ prediction remains the same. In his eyes, Huddersfield must strengthen, particularly up front, and must demand more from their midfield maestro.