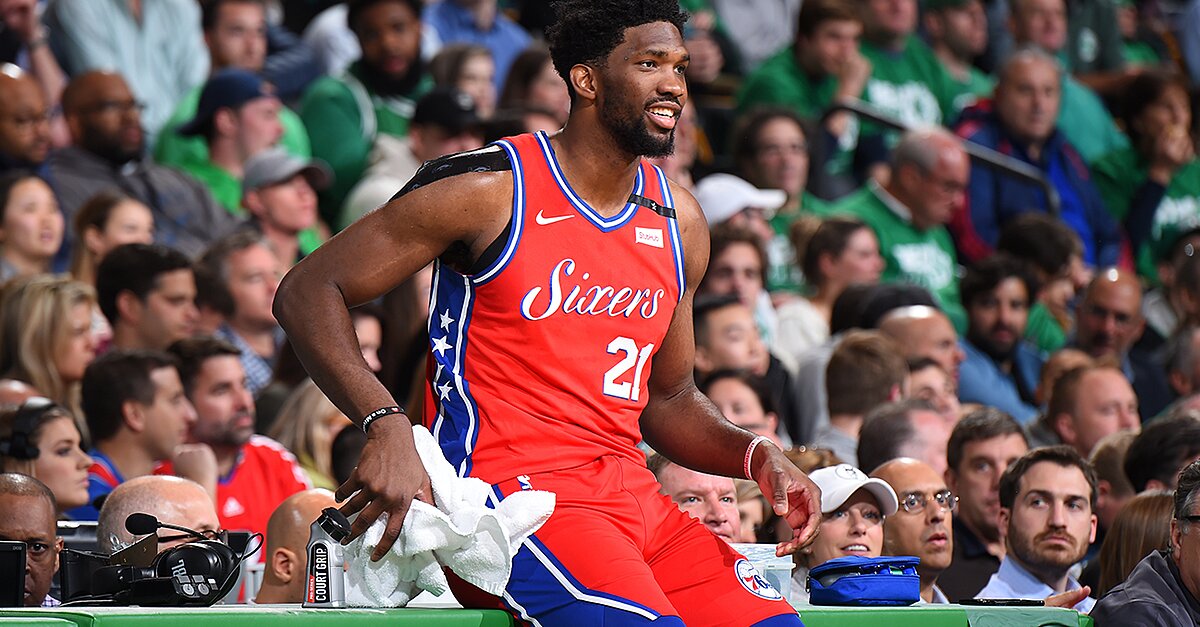 Joel Embiid led all players in points and rebounds, but he was exploited regularly in a Game 1 loss to the Celtics. And Philadelphia’s All-Star center, never afraid to speak his mind, is sure to be targeted by the Boston crowd in Game 2.

The Celtics defeated the Sixers 117-101 on Monday, shaking off a litany of injuries and a quick turnaround from their Game 7 win over the Bucks on Saturday to claim an early lead in the East semis. Embiid finished with 31 points and 13 rebounds—looking especially dominant for stretches of the third quarter—but was central to Philadelphia’s defensive failings.

Boston’s 117 points represented the most Philadelphia has conceded in the playoffs, and it was the third-highest total for a Philly opponent since the All-Star break. The red-hot Celtics hit 17 three-pointers on the night, as the Sixers regularly blew rotations and coverages, leaving shooters wide open. Al Horford (26 points), in particular, found plenty of daylight when he roamed the perimeter away from Embiid’s comfort zone in the paint. For the first time in four playoff appearances, Embiid failed to register a block, and his inattentive and lackadaisical moments contributed to Philadelphia’s sluggish overall performance.

“It starts on defense,” Embiid told reporters. “I thought I was s—ty. I thought we were all bad tonight. That’s not who we are, definitely. When everybody is on, we’re the best defensive team in the game.”

Philadelphia finished third in defensive efficiency during the regular season and ranked second during the playoffs entering Monday’s action. But Horford hit five of his six shots outside the paint, finding seams in the mid-range and completely clean looks behind the arc. Simply put: Embiid will need to cover ground more effectively when Boston deploys its five-out looks.

“There’s a lot of stuff in the game plan that we didn’t execute, especially with Al popping and being wide open,” Embiid said. “That can’t happen. He’s a pretty good shooter and you have to respect that.”

There was a frustrating nonchalance to Embiid’s offensive game at times as well, even as he overpowered Boston’s defenders in the second half. Embiid committed three turnovers, he attempted just six free throws, and he never drew as much help as he did during Philadelphia’s first-round series win over Miami. As a result, the Sixers’ outside shooting and ball movement in the half-court lagged.

“Defensively, offensively, this isn’t who we are,” Sixers coach Brett Brown said. “This was a very poor game from us. … We’re going to have to fix some things. … We look forward to getting back on track.”

Boston’s strong opening effort—powered by 29 points from Terry Rozier and 28 points by rookie Jayson Tatum—helped restore a rivalry feel to a series that is dampened by the absences of Kyrie Irving and Gordon Hayward due to injuries. The two Atlantic Division teams have squared off in the postseason for decades, and the TD Garden crowd was ready with multiple anti-Sixers chants throughout Game 1.

To no one’s surprise, Embiid responded to the charged atmosphere with his trademark dismissiveness and braggadocio, telling reporters he planned to draw motivation from the exchanges.

“[The crowd] was okay,” Embiid said. “I think our fans are louder than that. It was okay. I was fine. It didn’t bother me. They were great. They supported the team tonight. I love that type of emotion because it kind of elevates my game, knowing that there are a lot of fans out there talking trash and saying some crazy stuff too. … Keep bringing it on and we’re going to see how it goes.”

Embiid’s harsh, but accurate, self-assessment clearly matters more than his comparative decibel analysis. With the size and athleticism to punish any of Boston’s interior defenders, he need only glance at his shot chart to find a successful blueprint. Embiid hit seven of his nine attempts from within five feet, dashing past Aron Baynes for a scoop runner, circling Horford for a lay-up, and shaking Marcus Morris with a hesitation dribble to create another easy two.

Philly’s path to evening the series and regaining its balance and sense of self starts with more purposeful play from its franchise center.