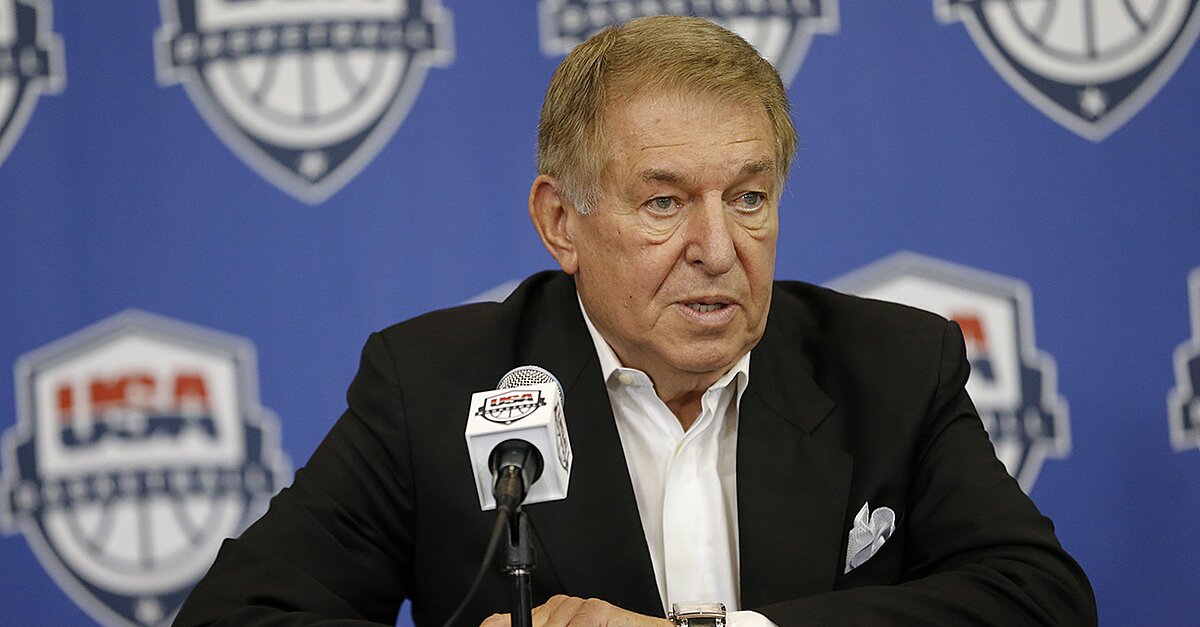 The report stated Jerry Colangelo threatened to interfere with club relationships around the league on behalf of his son.

The Sixers denied reports that Jerry Colangelo tried to intervene on behalf of his son Bryan Colangelo during the team’s investigation that resulted in the two parting ways Thursday.

Sixers managing partner Josh Harris was asked about the report on Jerry during a press conference on Bryan’s departure Thursday.

“Jerry was not involved with the process in any way,” Harris said. “I am aware of the press report, it’s just not true”

Harris added that Jerry was given a heads-up on the findings earlier Thursday morning, but he was respectful of the process.

The report from PhillyVoice stated Jerry threatened to interfere with club relationships around the league.

Bryan was being investigated after allegations broke last week that he used fake Twitter accounts to criticize players like Joel Embiid, disclose sensitive information and share team strategy. The Sixers hired Paul/Weiss to investigate, and the law firm tasked with investigating Bryan was able to connect the accounts to Bryan’s wife, and she admitted to establishing and operating the accounts.