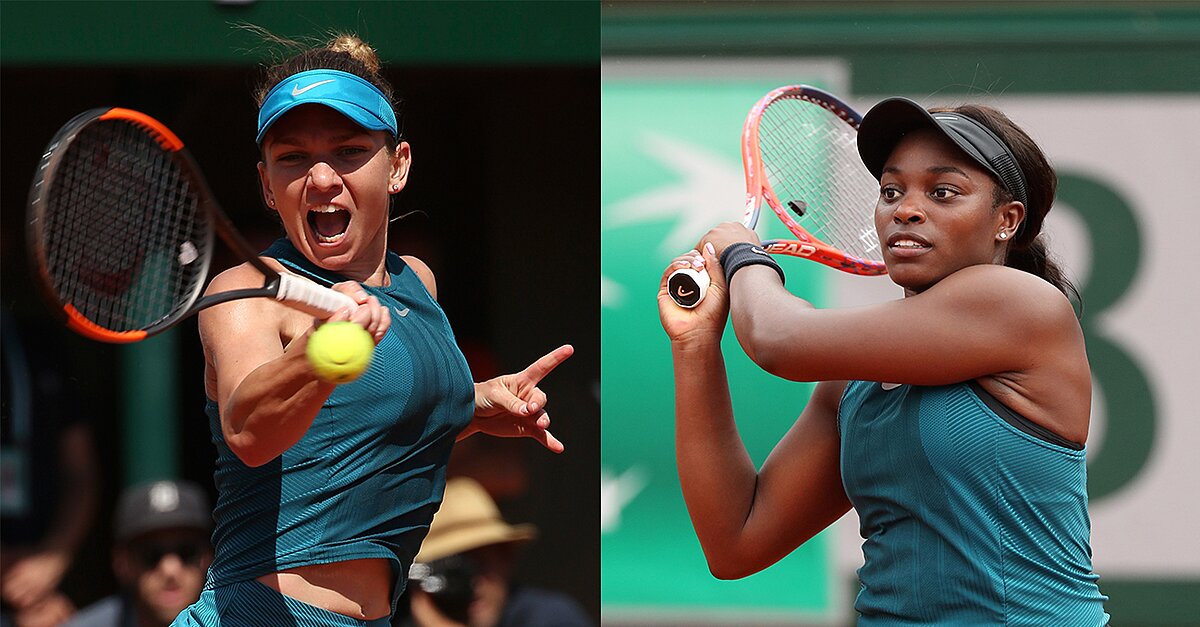 The French Open women’s final is set: it’ll be world No. 1 Simona Halep, who is still searching for his first Grand Slam title, against Sloane Stephens, the young American who is seeking her second major in nine months.

SI.com’s tennis experts give their picks for Saturday’s matchup below.

Jon Wertheim: I like what Sloane Stephens has done this tournament —it brings to mind her play at the 2017 U.S. Open, as she has found a way to blend defense with offense and blend smiling poise with fixed intensity. Her top-five ranking starting next week is well-deserved. But you just have the feeling that Simona Halep is not going to let this opportunity slip away. As she knows better than anyone, it is her fourth major final, and after various disappointments of various degrees,she is ready to take the trophy. She lost her first set of this tournament, and since then she’s been all business, winning with tactics and winning with superior movement. She came here with one goal and one goal only and I suspect she gets it Saturday.
The pick: Halep in straight sets

Stanley Kay: I’m sticking with Simona Halep, my original pick to win the tournament. (Not to brag.) Sloane Stephens is playing great tennis, and it’s hard to pick against someone experiencing such a meteoric rise. But Halep’s performance the last two weeks has only increased my confidence in her entering Saturday. Coming back from a set down to beat Angelique Kerber and then overwhelming Garbine Muguruza, who was arguably the tournament favorite midweek, are incredible achievements. I’m backing Halep to win in three sets. As the Washington Capitals, the NHL’s Simona Halep, showed this week: You can’t win the big game until you win the big game. But the great teams and players eventually do.
The pick: Halep in three sets

Jamie Lisanti: This year’s French Open final is a perfect example of when the heart says one thing but the brain says another. On one side of the net will be Sloane Stephens, a player who at this time last year was not even entered in tournament draws due to her foot injury. Her remarkable rise over the summer hard court season culminated in her first major title (in her first major final) at the U.S. Open and less than a year later, she’ll be playing for a second Grand Slam trophy. When Stephens is on, she’s on.

On the other side will be Simona Halep, the world’s No. 1 player who will be playing in her second Grand Slam final of the year and her fourth overall. The Romanian has proven she can muscle her way into a major final, but she has fallen short each time, including in last year’s French Open final against Jelena Ostapenko. Will the pressure to be aggressive against Stephens’ defense affect her? Will the weight of the occasion once again deter her?

My brain tells me that Sloane Stephens has the edge, but my heart tells me that Simona Halep will not—can not—lose another Grand Slam final. “I lost three times until now and no one died, so it will be okay,” she said after beating Garbine Muguruza in the semifinals. That easy-going attitude and openness about her past struggles tell me that no matter what happens on Saturday, Halep will finally raise a Grand Slam trophy and the “Can Simona Halep win a major title?” questions will finally be put to rest.
The pick: Halep in three sets

Daniel Rapaport: In a final featuring two players as evenly matched as Halep and Stephens—both will be top-five after this tournament, and both are without question one of the five best players in the world—the decisive factor is often mentality. Yes, Halep has shown an admirable self-awareness when it comes to her hitherto unsuccessful quest for a Slam. She’s said all the right things. But I love everything about Sloane Stephens’ attitude when it comes to big matches, and I think it gives her the slightest of edges. Her easy-going, “everything is good” attitude can lead to some puzzling first-round exits—see: Fall 2017—but it also keeps her loose-as-can-be in Slam finals. We saw that in last year’s U.S. Open—she came right out of the gates firing on all cylinders. I think it’ll be the same story on Saturday, and I wouldn’t be surprised if some doubt creeps into Halep’s mind, particularly if she falls behind early. Stephens picks up her second major victory in two tight ones.
The pick: Stephens in straight sets