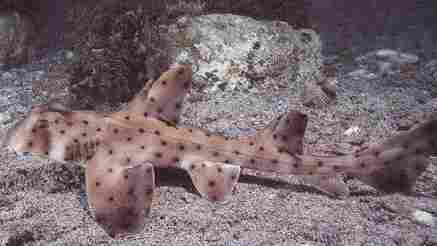 A horn shark named Ms. Helen was taken from her pool exhibit and smuggled out of a Texas aquarium in a baby stroller. San Antonio Aquarium hide caption

A shark named Helen’s weekend adventure is now over, after she was smuggled out of the San Antonio Aquarium in a baby stroller on Saturday. Police say they found the shark at the home of the main suspect in the heist. Both are now in captivity.

Video footage of the bizarre theft fed intense public curiosity — and led to solid tips from the public on the animal’s likely whereabouts. Aquarium officials welcomed the shark back on Monday night.

“Ms Helen (our horn shark) is in quarantine right now resting. She is doing good so far, and we are hopeful she will recover fully from the shock, and return to her home she is used to,” the San Antonio Aquarium said via its Facebook page.

If you’re picturing the shark tucked into a damp blanky and wearing a bonnet as she was wheeled past security guards, the truth of the matter isn’t quite that evocative — but it’s nearly as unlikely.

Thieves working as a team carried out their wet work in plain view of the public and surveillance cameras on Saturday. One man used a net to remove Ms. Helen from her large, open pool exhibit. Another man followed him to a side room, where they put the 16-inch shark in a bucket and covered her with a towel, according to the aquarium’s general manager, Jen Spellman.

Walking back toward the exhibit, a man then put the bucket into the lower portion of a baby stroller.

A surveillance video shows a woman carrying a toddler or infant away from the stroller, walking nonchalantly as the two men take the stroller — now dripping water and holding a shark — to a staircase.

The group went out the front door and rushed to a truck, but they were confronted there by aquarium staff alerted by an employee who noticed the suspicious behavior. Police were also called. In the face of questions from the staff members, a suspect drove off in the truck. He seemingly abandoned the woman and other man seen in the video. 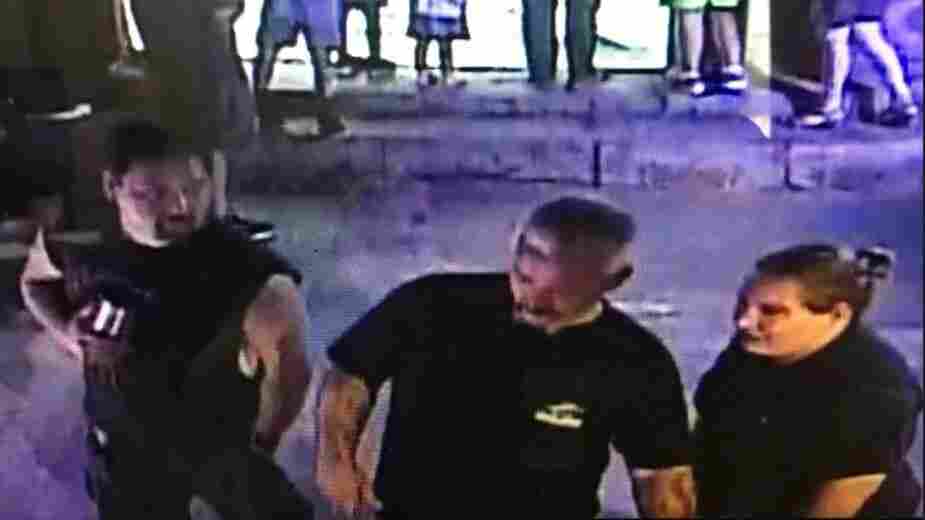 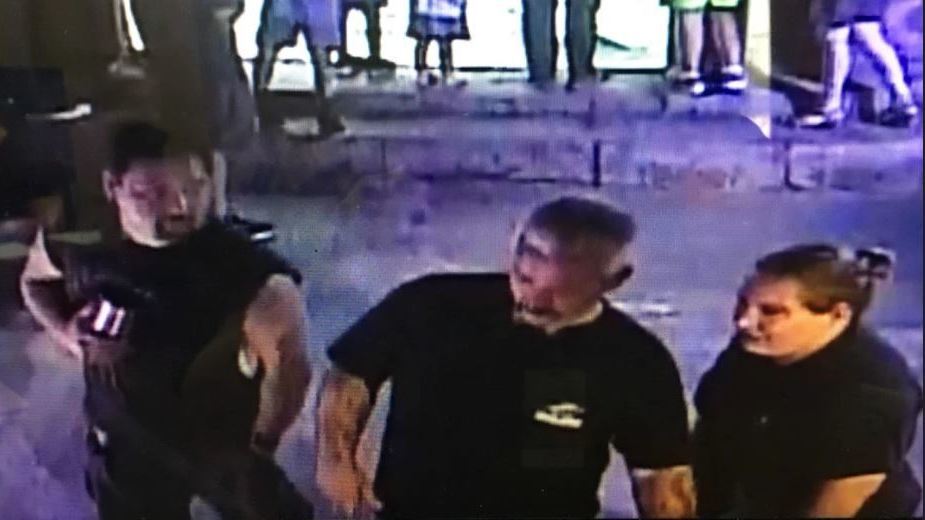 Three people are seen in surveillance video from the San Antonio Aquarium. Ms. Helen, a 16-inch horn shark, was snatched from her large, open pool exhibit on Saturday. The shark has since been recovered.

The two men and the woman had spent an hour in the area of the tide pool exhibit, apparently waiting for their chance to nab the shark, the aquarium said.

Describing the heist to the media, Spellman said the bucket had originally contained a 5 percent bleach solution, leading aquarium officials to worry for Ms. Helen’s health. Most of that fluid was dumped into the aquarium’s water system — creating a separate crisis that its employees worked to counter. Staff members were able to prevent serious damage, according to the aquarium.

Police say the main suspect in the case seems to have known how to care for the shark, and that he might have intended to keep it with other animals in his home aquarium.

“He had had one of these in the past,” Leon Valley Police Chief Joseph Salvaggio said, according to local KSAT TV News. “I think the animal had died sometime in the past. Obviously, he likes those types of animals.”

The suspect had an extensive aquarium habitat in his garage, the chief said, adding, “He had a lot of different marine animals in the home.”

The aquarium is in Leon Valley, a suburb northwest of downtown San Antonio. After tracing the getaway truck, police obtained a search warrant to look for the shark.

Early Tuesday, an aquarium representative said that its founder, Ammon Covino, was grateful to news outlets for spreading the video, saying the intense public interest had helped to recover the shark.

The aquarium’s assistant husbandry director, Jamie Shank, accompanied police on the trip to the suspect’s house, where she removed the horn shark from a large tank to identify and inspect it.

“I am so, so happy that we got her back, and she’s healthy. She appears very healthy,” Shank told journalists after returning to the aquarium Monday night. “I was devastated when I found out that it happened. And now that we actually have her here, I’m overjoyed.”

“I cannot believe what she’s been through. She’s a little fighter, she’s a survivor — I’m very proud of her,” Shank said, as Ms. Helen swam around in a tub of clean water at her feet.