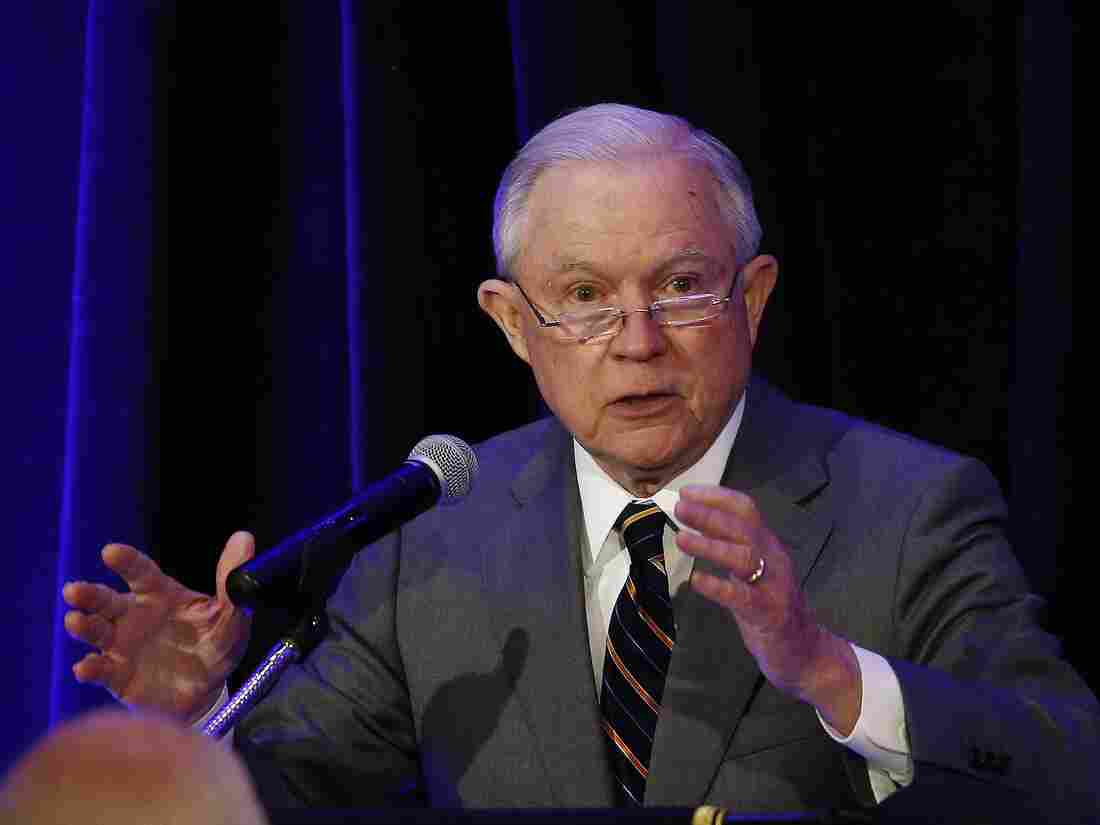 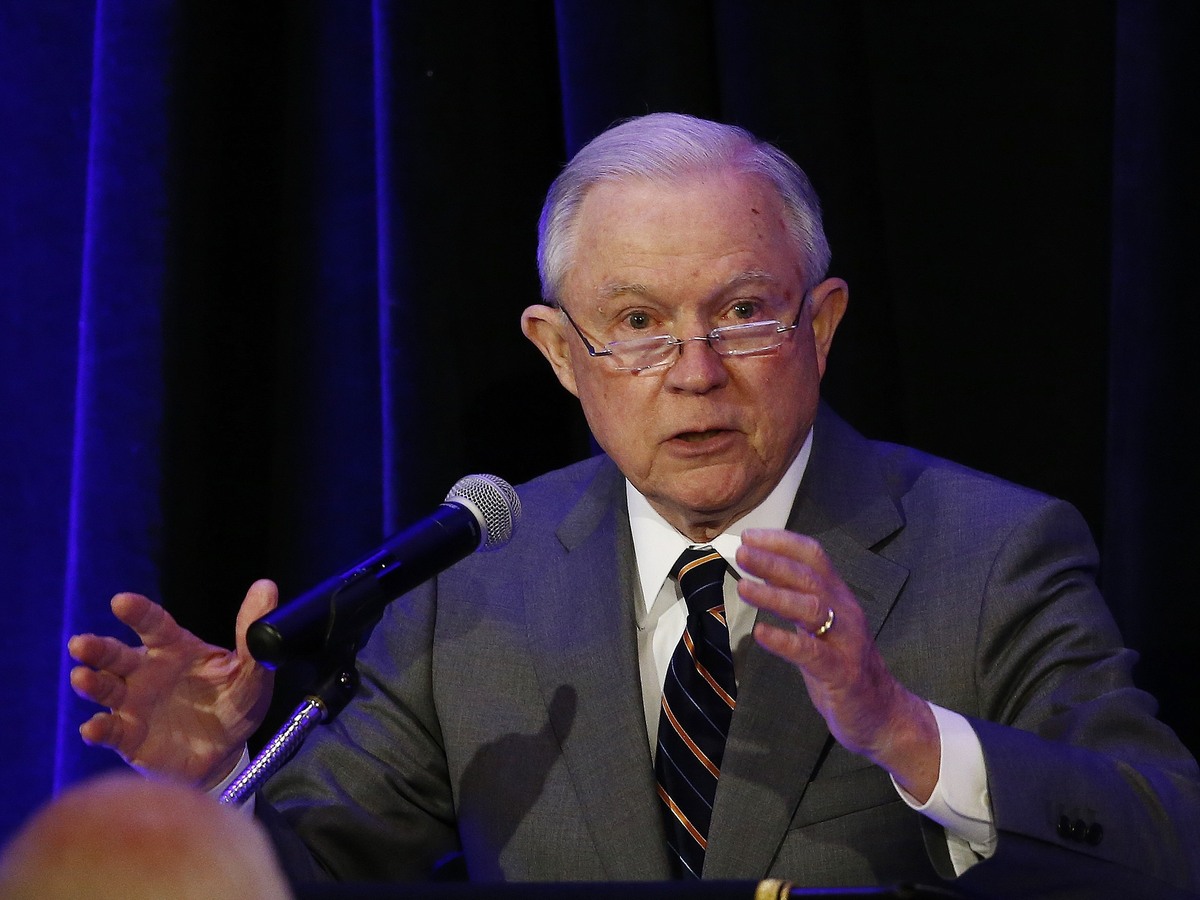 Attorney General Jeff Sessions speaks before the Association of State Criminal Investigative Agencies event in Scottsdale, Ariz., in May 2018.

Attorney General Jeff Sessions has ordered the nation’s immigration judges to end their practice of temporarily removing cases from their dockets without issuing decisions.

Immigrant advocates say the move is part of a broader strategy to influence the immigration courts, which fall under the purview of the Department of Justice, in order to hasten the removal of some immigrants.

As NPR’s Joel Rose reports, the practice is known as “administrative closure.”

“It’s been a lifeline for tens of thousands of immigrants who are applying for visas or green cards, which can take years. So immigration judges will sometimes close their cases to let those applications play out, effectively putting deportations on hold.

“But critics say judges have allowed those immigrants to stay in the country longer than they should have.”

Sessions is the most prominent critic of administrative closures. In January, he took the unusual action of directing the Board of Immigration Appeals to refer an immigration case to himself for review. That case is called the Matter of Castro-Tum and involves a Guatemalan citizen who failed to show up at five scheduled immigration hearings. The immigration judge ordered an administrative closure, in effect, delaying the case, because he concluded that the government’s efforts to send hearing notices to the respondent’s correct address were inadequate.

As Reuters reports, administrative closures ramped up under the Obama administration to more than 200,000 cases. There was already a backlog of more than 650,000 cases in immigration courts as of January 2018.

“The Attorney General’s decision in one fell swoop is overturning decades of recognized authority and practice,” said Judge Ashley Tabaddor, president of the National Association of Immigration Judges, in an interview with NPR. That union had urged Sessions to preserve administrative closures.

“There has been no example of situations in which the court has somehow abused its authority or somehow this has demonstrated to be an ineffective way of handling situations that come before the court,” added Tabaddor. “To eliminate administrative closure from the judge’s toolkit for docket management is problematic.”

“The decision is bad law, bad policy, and harmful to immigrants and their communities — consistent with Sessions’ previous statements as both a senator and attorney general that demonstrated his anti-immigrant animus,” said an attorney with the American Immigration Council, Trina Realmutto, in a statement.