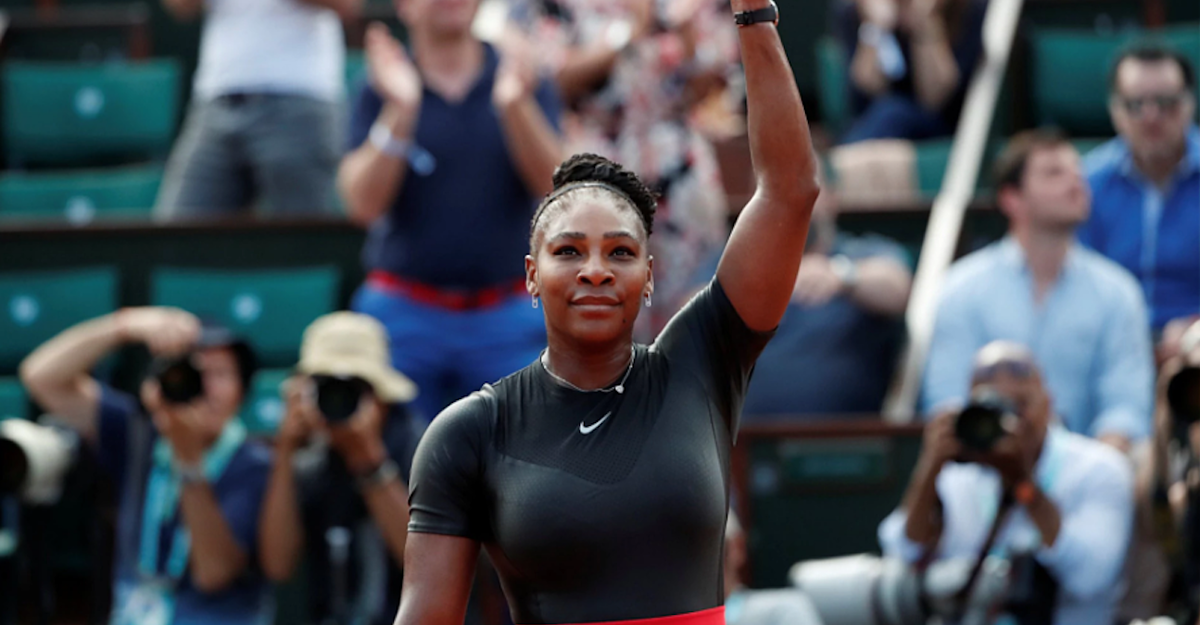 Williams said she wanted to honor mothers who had tough pregnancies.

Serena Williams flaunted her post-pregnancy physique during her first-round matchup at the French Open on Tuesday, wearing a black Nike catsuit on the clay court.

Williams said the catsuit represented “all the moms out there who had a tough pregnancy and had to come back and try to be fierce.”

Williams returned to the court in Paris and defeated Kristyna Pliskova in straight sets 7-6, 6-4.

The outfit was inspired by Marvel movie Black Panther, according to The Telegraph. “I call it like my Wakanda-inspired cat suit,” Williams said.

A few months ago, Williams suffered her own share of pregancy problems.

“I had a lot of problems with my blood clots,” she said. “God, I don’t know how many I have had in the past 12 months. So there is definitely a little functionality to it. I have been wearing pants in general a lot when I play so I can keep the blood circulation going. It’s a fun suit, but it’s also functional so I can be able to play without any problems.”