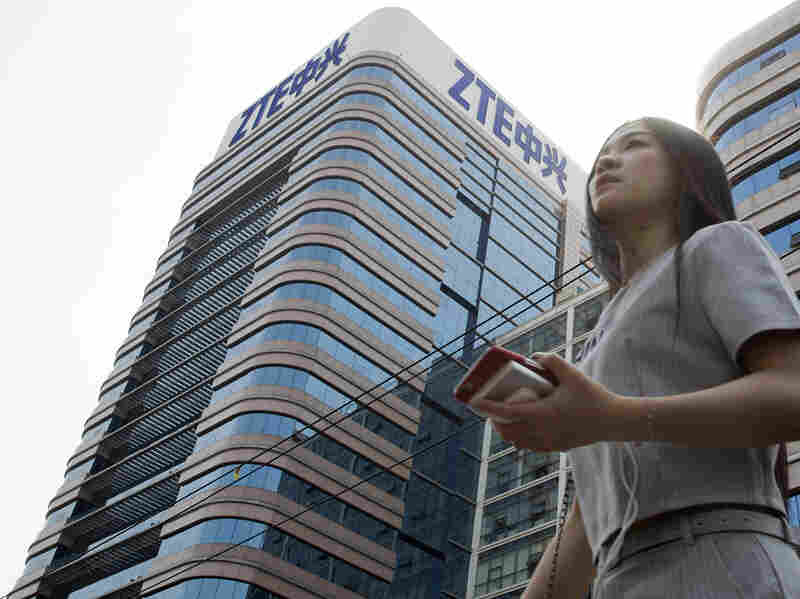 A woman passes by a ZTE building in Beijing, China shortly after President Donald Trump tweeted about possibly reversing a ban on the tech giant in May. Ng Han Guan/AP hide caption 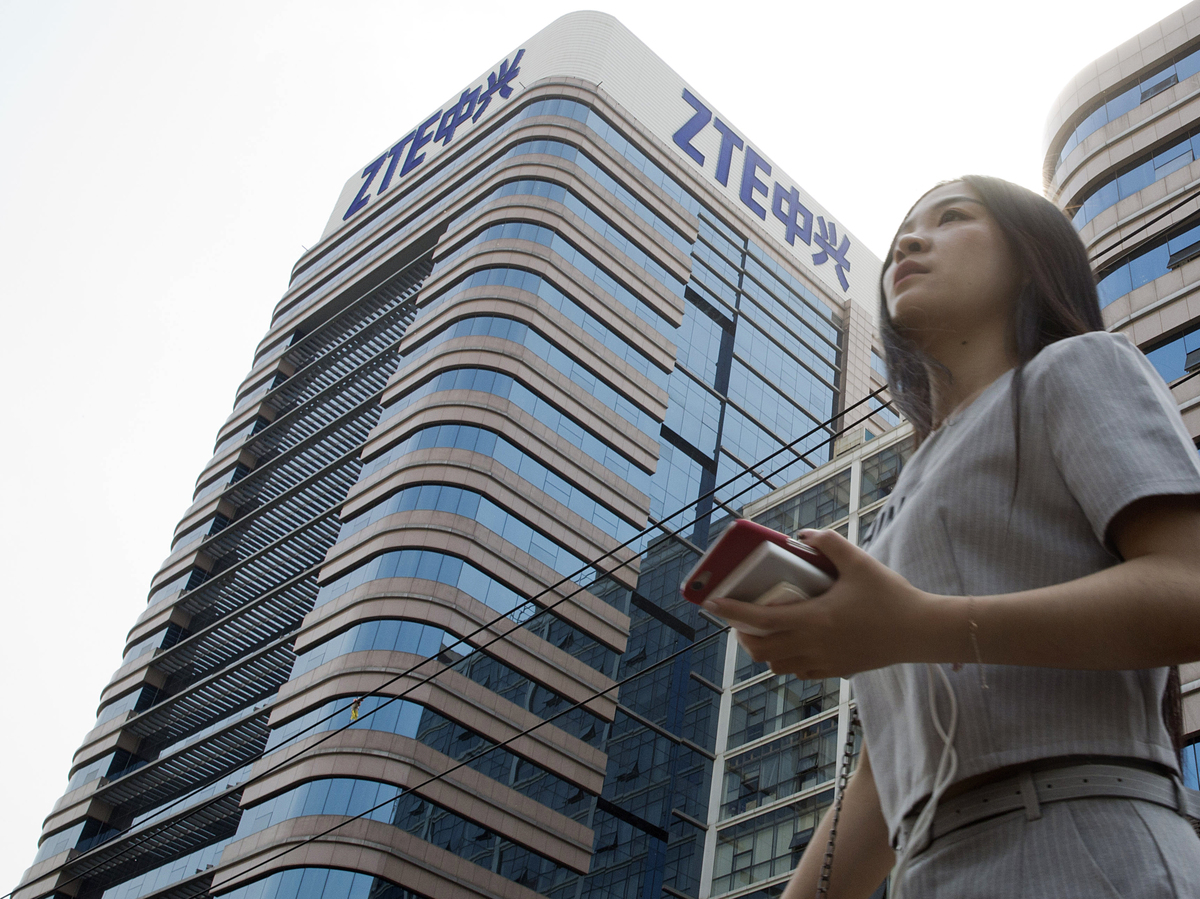 A woman passes by a ZTE building in Beijing, China shortly after President Donald Trump tweeted about possibly reversing a ban on the tech giant in May.

Days after the Trump administration agreed to restore Chinese telecom firm ZTE’s access to its U.S. parts suppliers, a bipartisan group moved to block the deal.

An amendment sponsored by Sens. Tom Cotton, R-Ark., Chris Van Hollen, D-Md., and Chuck Schumer, D-N.Y., added language to the National Defense Authorization Act to reinstate a ban on ZTE buying U.S. components. That sanction was put in place after the Chinese company violated the terms of an earlier agreement to punish it for illegal sales to Iran and North Korea.

ZTE employs 70,000 workers in China and is the fourth-largest vendor of mobile phones in the U.S.

The Senate amendment passed despite late Monday-night lobbying from Commerce Secretary Wilbur Ross, according to The Wall Street Journal.

The vote follows a tumultuous few months for ZTE. In April, the White House announced a seven-year ban on the company buying U.S. parts after it said the company violated U.S. sanctions on trade with Tehran and Pyongyang. After the ban went into effect, ZTE announced its operations had slowed down to nearly nothing because it could not buy vital microchips from American companies, including Qualcomm, based in San Diego.

However, in May the president tweeted that he was working with China to keep ZTE running and hoped a deal would prevent “too many jobs in China” from being lost. In early June, the White House announced ZTE would be able to resume buying U.S. parts after it agreed to pay a $1 billion fine and submit to U.S. oversight.

Commerce Secretary Wilbur Ross told CNBC at the time that ZTE would replace its management team and board and embed a new department for compliance with the U.S.

The reaction to the move, as NPR’s Dustin Dwyer reported, was “swift, negative and bipartisan.”

Late Monday, the bipartisan group of senators announced they had written language into the defense package that keeps the penalties against ZTE in place. The amendment also bans U.S. government agencies from buying or leasing equipment from ZTE and its Chinese rival, Huawei, and bars U.S. loans to the companies.

Sen. Cotton explained on Twitter that ZTE has extensive ties with the Chinese Communist Party and a record of doing business with North Korean and Iran. He said the threat posed by the mobile phone giant and its rival, Huawei, “is too great to ignore.”

Pleased the amendment I introduced with @ChrisVanHollen & @SenSchumer is included in the NDAA. The threat Huawei & ZTE pose to our national security is too great to ignore. This amendment will help keep Americans’ private info out of the hands of the Chinese Communist Party.

Great news! Our bipartisan amendment restoring penalties on #ZTE is included in the #NDAA bill the Senate will be advancing to later this evening.

The NDAA is considered a must-pass defense package; Senate Majority Leader Mitch McConnell announced on Monday that it is “the top item on our to-do list. And we’ll tackle it this week.”

The authorization must pass both houses of Congress.