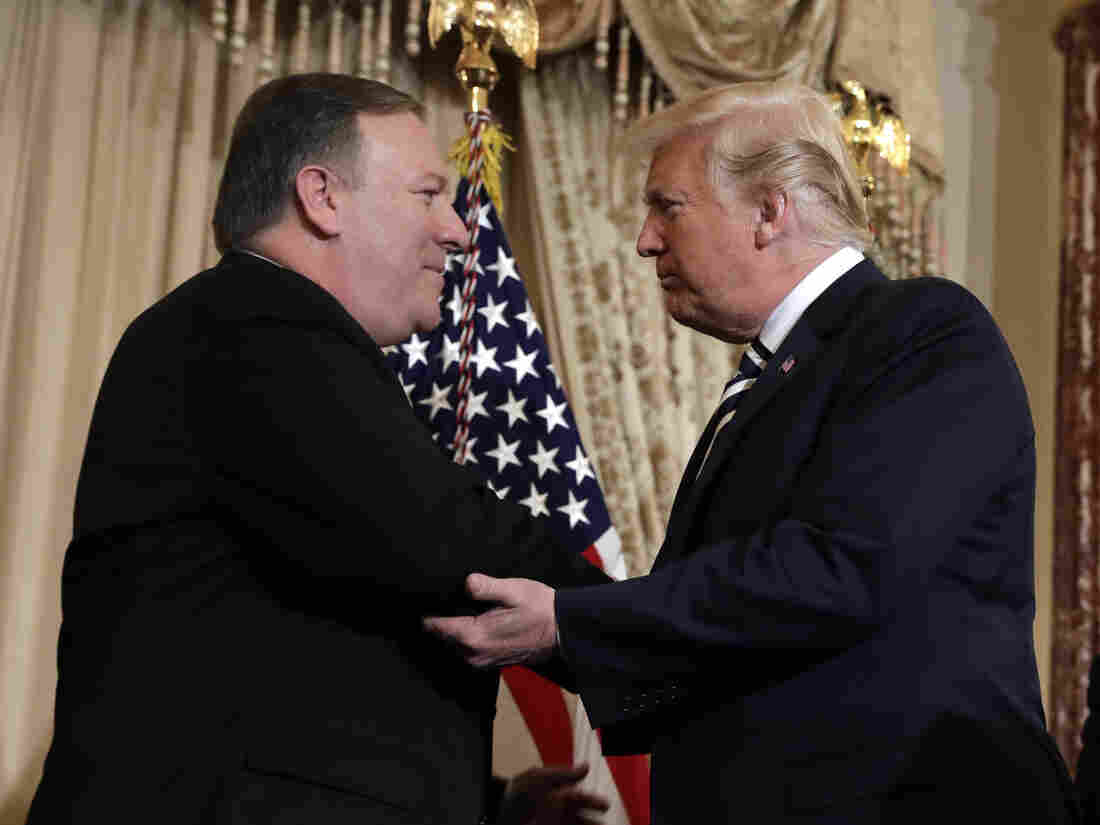 President Donald Trump participates in a ceremonial swearing-in for Secretary of State Mike Pompeo at the State Department on May 2. Evan Vucci/AP hide caption 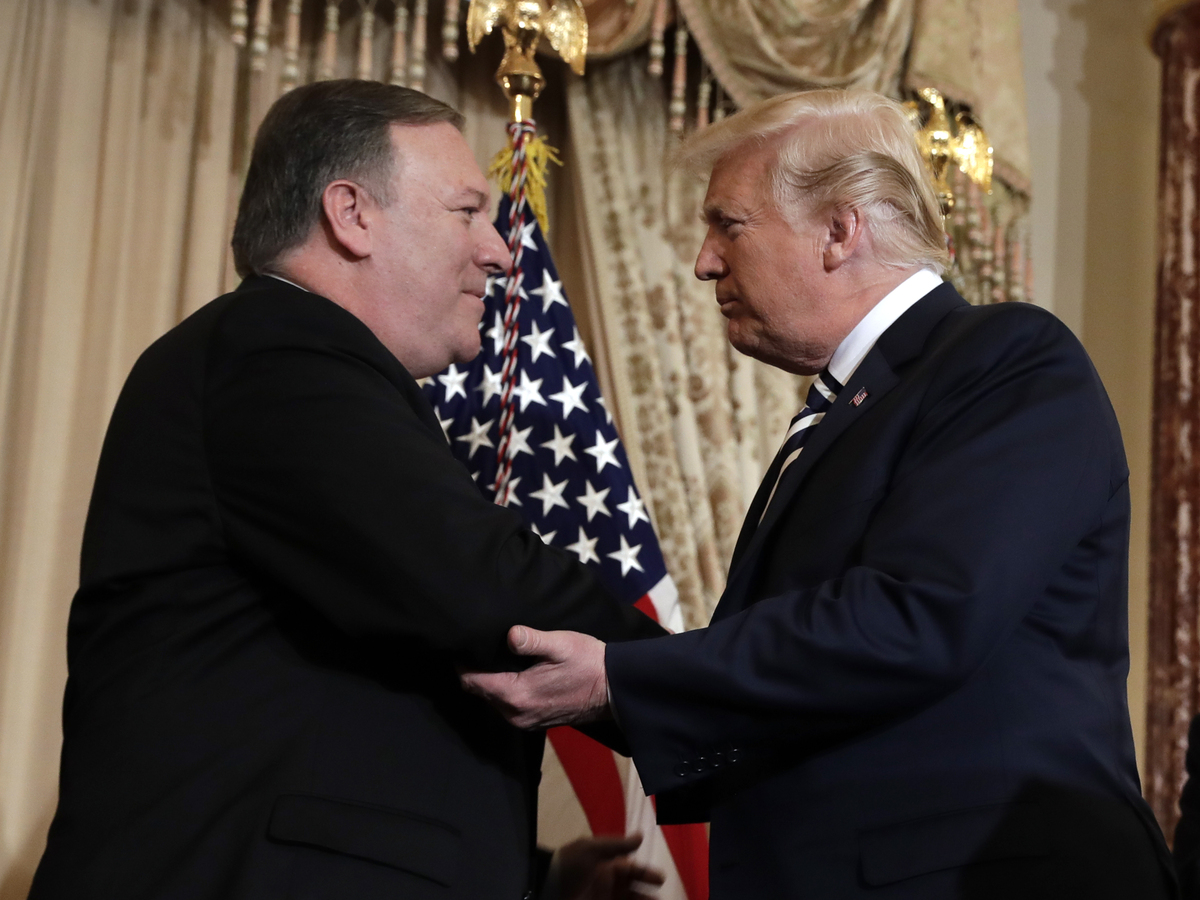 President Donald Trump participates in a ceremonial swearing-in for Secretary of State Mike Pompeo at the State Department on May 2.

America’s new top diplomat received an enthusiastic welcome at the State Dept. Wednesday, as he promised to re-energize a department that’s been largely sidelined in the first 15 months of the Trump administration.

“I want the State Department to get its swagger back. We need our men and women out at the front lines executing American diplomacy with great vigor and energy,” Pompeo said during his ceremonial swearing-in ceremony. “To represent the finest nation in the history of civilization, we should be proud of that.”

“I must say that’s more spirit than I’ve heard from the State Department in a long time,” Trump said after a round of applause. “That spirit will only be magnified” with Pompeo at the helm.

Pompeo replaces Rex Tillerson, the former Exxon CEO who kept a low profile as secretary of State and frequently clashed with the president.

Pompeo, a former member of Congress who served as Trump’s first CIA director, is more aligned with the president’s hawkish views on North Korea and Iran.

Even before he was confirmed as secretary, Pompeo served as Trump’s emissary on a secret mission to North Korea to lay the groundwork for an upcoming summit between the president and North Korean leader Kim Jong Un.

“Right now we have an unprecedented opportunity to change the course of history on the Korean peninsula,” Pompeo said. “I underscore the word opportunity. We’re in the beginning stages of the work and the outcome is certainly yet unknown. But one thing is certain. This administration will not repeat the mistakes of the past. Our eyes are wide open.”

The administration wants North Korea to permanently dismantle its nuclear weapons program, and says it will continue its “maximum pressure” campaign of economic sanctions against Pyongyang while talks continue.

“It’s time to solve this once and for all,” Pompeo said. “A bad deal is not an option. The American people are counting on us to get this right.”

Pompeo says the administration is still “deciding on the next steps” for what he called the “flawed” Iran nuclear deal. Trump has until May 12 to decide whether to withdraw from that Obama-era agreement, which grants Tehran relief from sanctions in exchange for temporarily halting its nuclear program.

Trump has threatened to pull the U.S. out of the deal, although European allies want the U.S. to stay in.