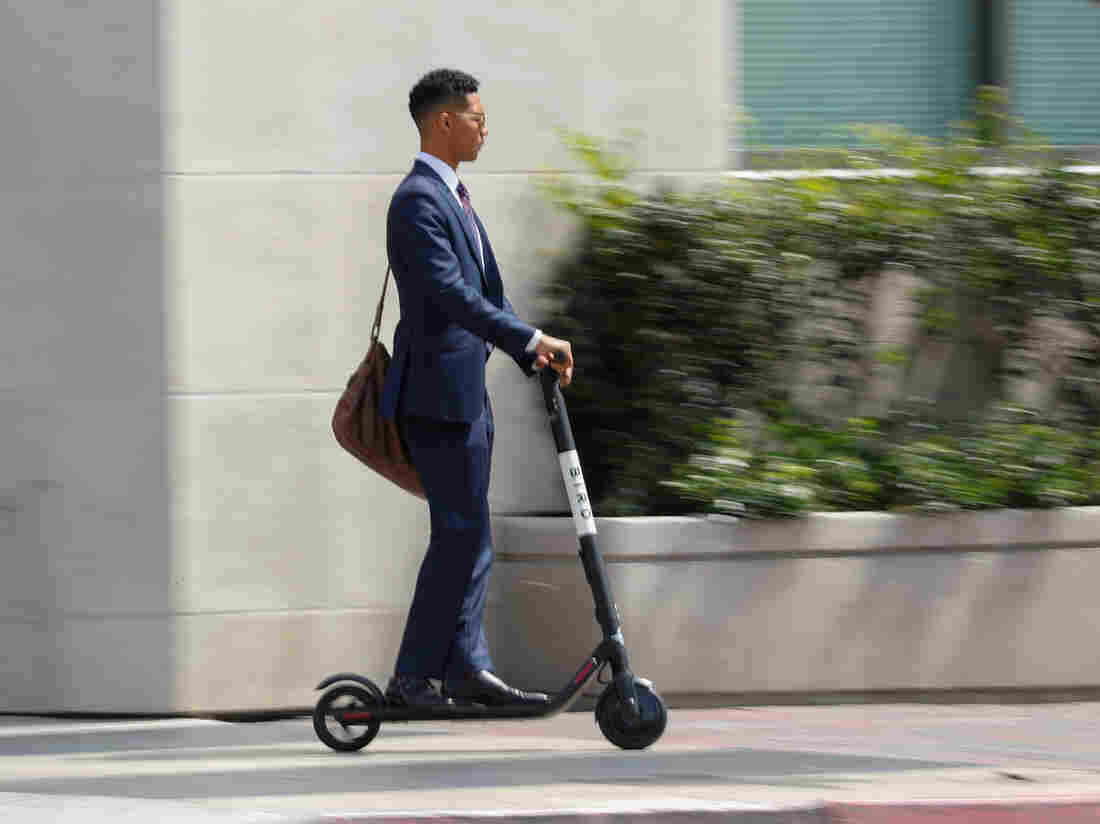 Electric scooters for rent are popping up in San Diego and other cities. Investors see a key role for them in getting from here to there. But many people find them downright annoying. Mike Blake/Reuters hide caption 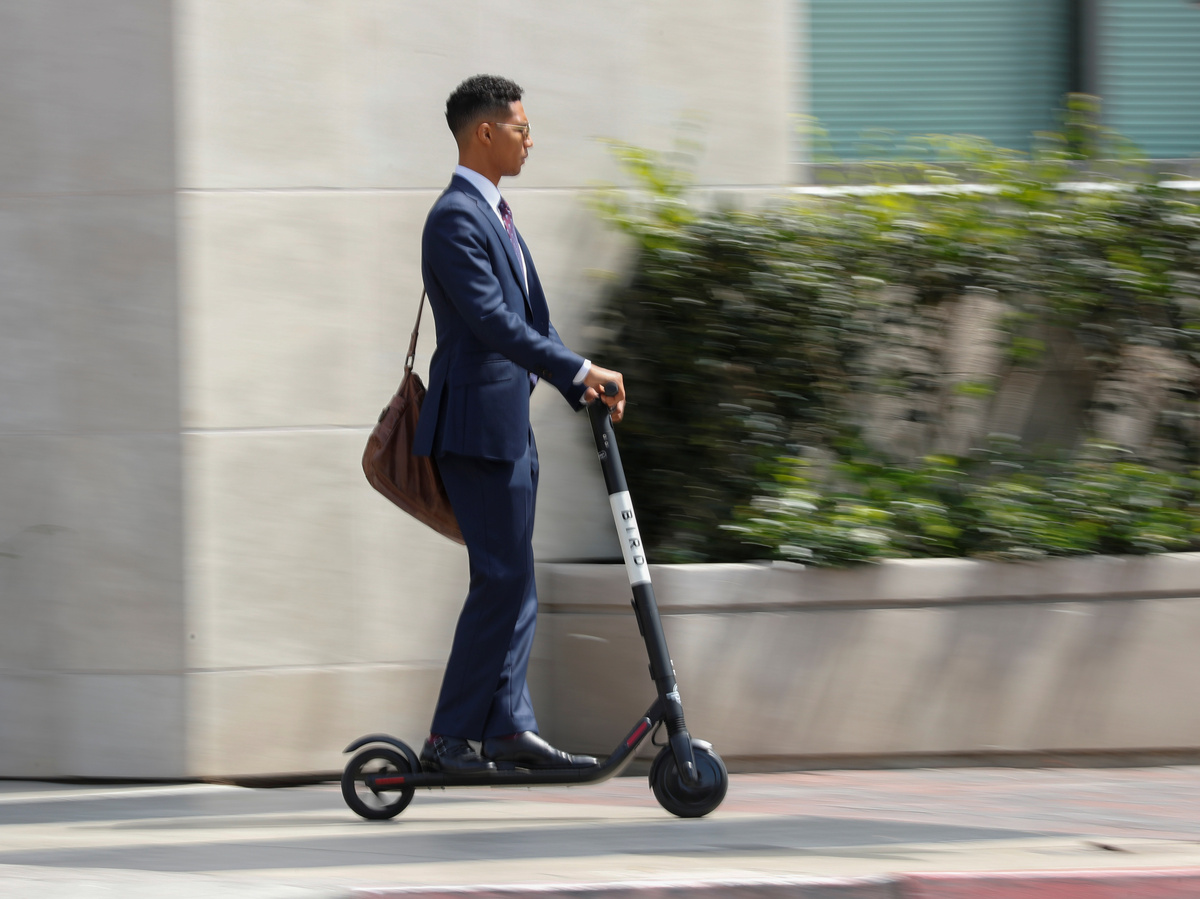 Electric scooters for rent are popping up in San Diego and other cities. Investors see a key role for them in getting from here to there. But many people find them downright annoying.

When Adam Stephens walked into his office in Milwaukee one morning in late June, he found messages complaining about the Birds. The deputy city attorney was not amused.

He went for a walk. “Within a couple of minutes, I found one parked on a sidewalk and was able to visually examine it and kind of figure out what it was,” Stephens says.

Bird is the name of an electric scooter company. Unannounced, it dropped off somewhere between 70 and 100 rental scooters throughout Milwaukee, where it’s illegal to ride motorized scooters in public.

Here’s how it works: You download an app, put in your credit card information, and locate a scooter near you. It’s about $1 to unlock them, and then 15 cents a minute.

You can pretty much drop them off anywhere. And that’s part of the problem: People have been leaving them all over city sidewalks. “You have elderly people, you have people with disabilities, you have the visually impaired who rely on seeing eye dogs,” Stephens says.

In recent months, the hashtag #ScootersBehavingBadly has popped up, featuring scooters around the country parked in pedestrian walkways or riders speeding through while wearing headphones. Milwaukee issued a cease-and-desist order, but Bird refused. The case is now in federal court.

Things have gone sour in several cities, like San Francisco and Saint Paul, Minn., where scooter companies have been kicked out. But in some cities they’ve flourished, like in Washington, D.C., where I took a scooter by the brand Spin out for a ride.

It was fun, and a bit terrifying, to weave through rush-hour traffic. On the way, I met a fellow rider, Octavion Carter. He uses these to get around Howard University, and gave me some advice: “Watch the ground, because if you go over a crack or a pothole, you might fall. It happens to everybody.”

There are about 1,200 electric scooters for rent in Washington. These companies have a few months to prove their worth.

Luz Lazo, a transportation reporter at The Washington Post, says some people are annoyed at the trend. Still, she says, in a city where public transportation is notoriously unreliable, enough people are frustrated to give it a try.

Lazo sees people of all backgrounds scooting around. “Whether it’s something that is going to last, or be a success. I mean we still have to wait and see,” she says.

Will the scooter, skateboard’s goofy-looking cousin, be another fad, just like Segways or hoverboards? Big tech doesn’t think so. Silicon Valley is betting on the future of micro-transportation. Uber recently invested in the scooter company Lime; and Lyft has announced it will soon be offering scooters on its app.

As I ride back through D.C. on my rental, with the wind in my face, one thing becomes clear: It’s fun, but there’s no way I’m doing it in winter.